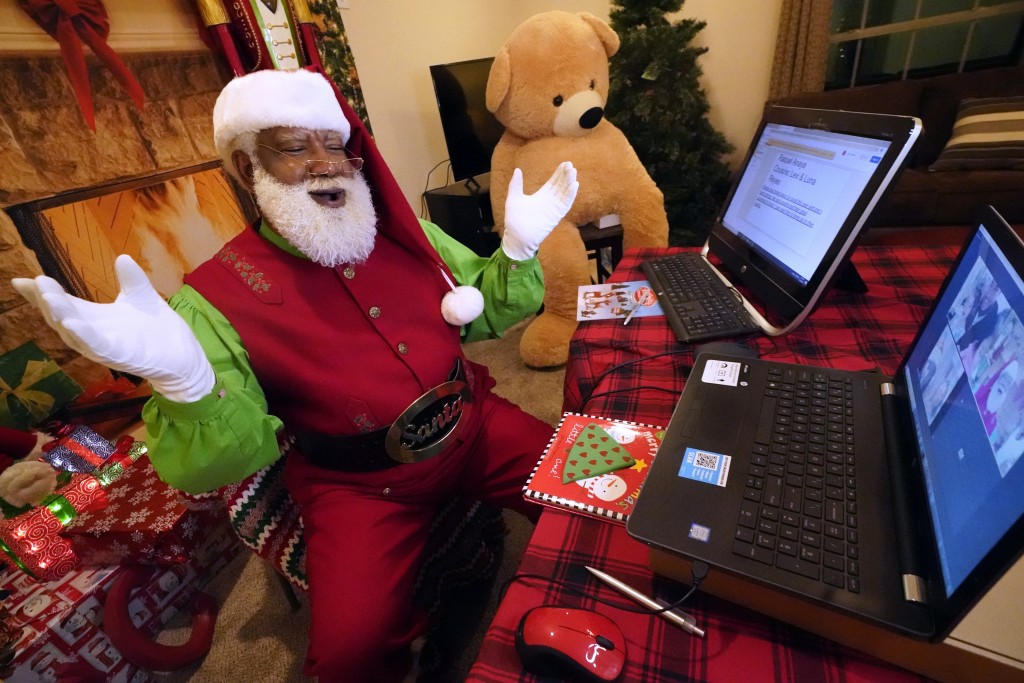 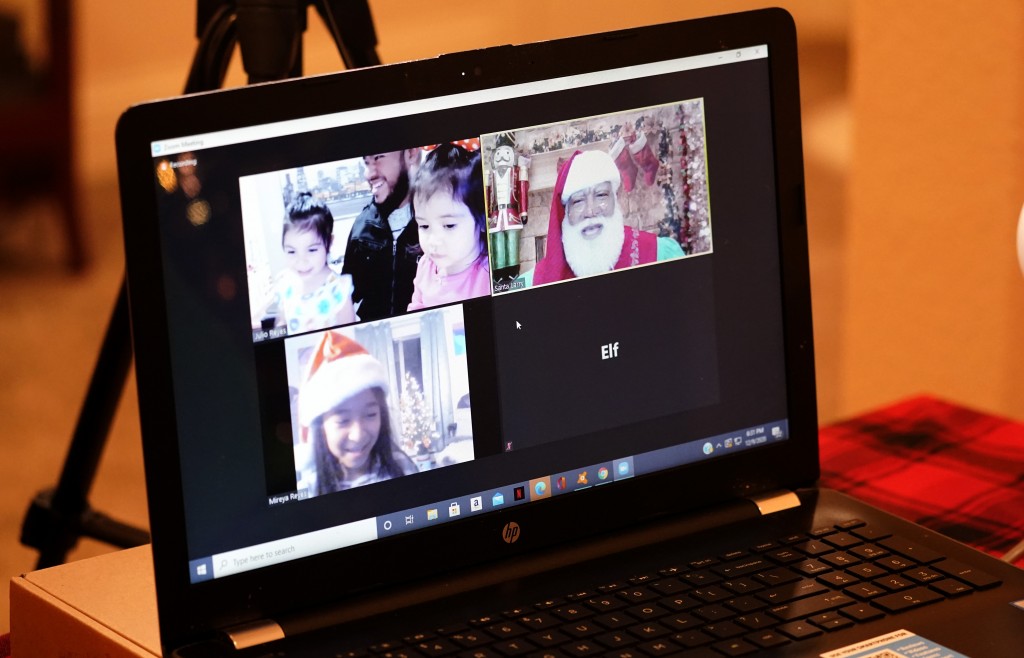 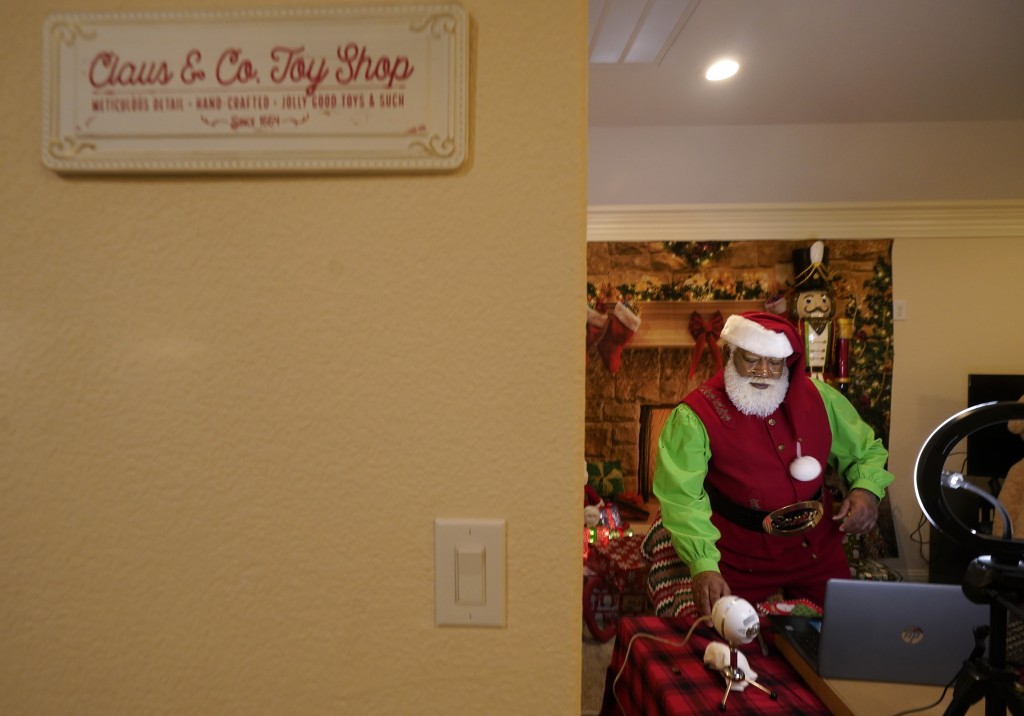 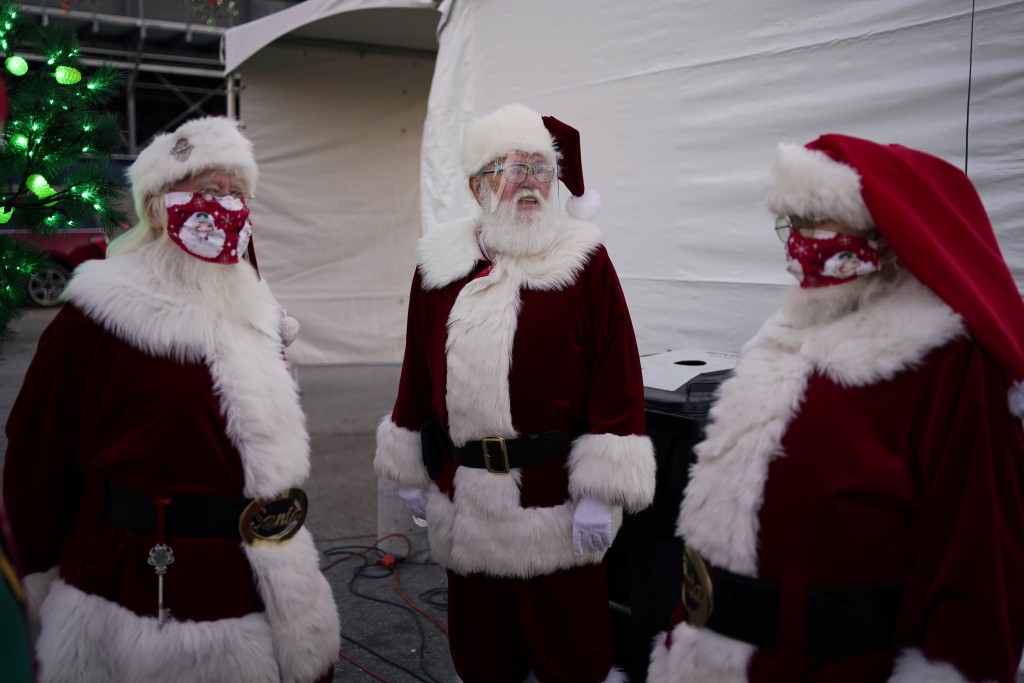 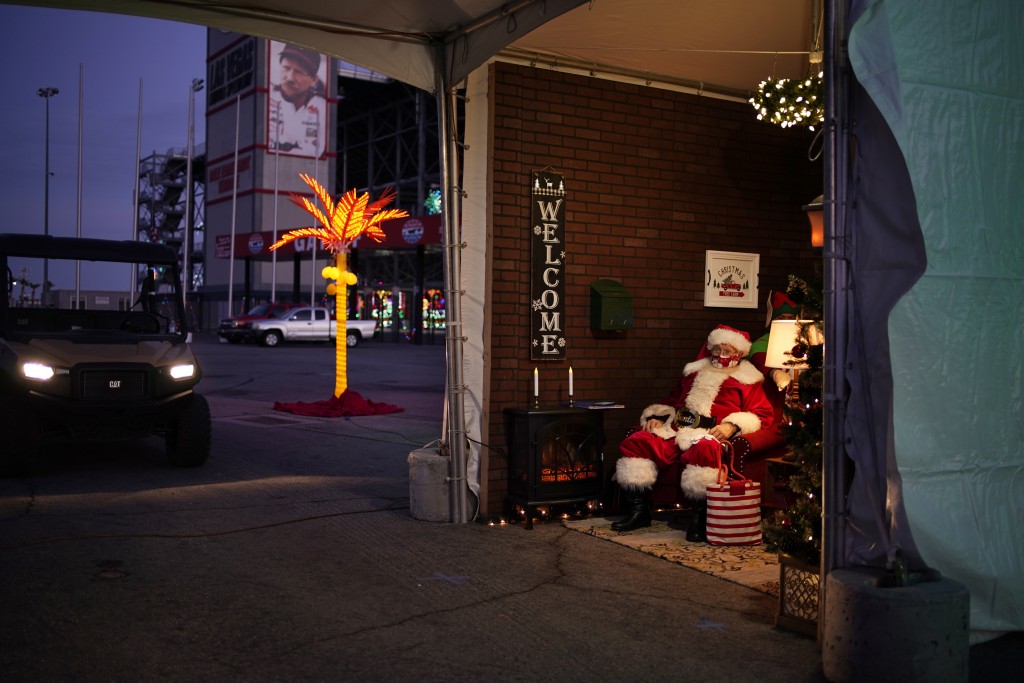 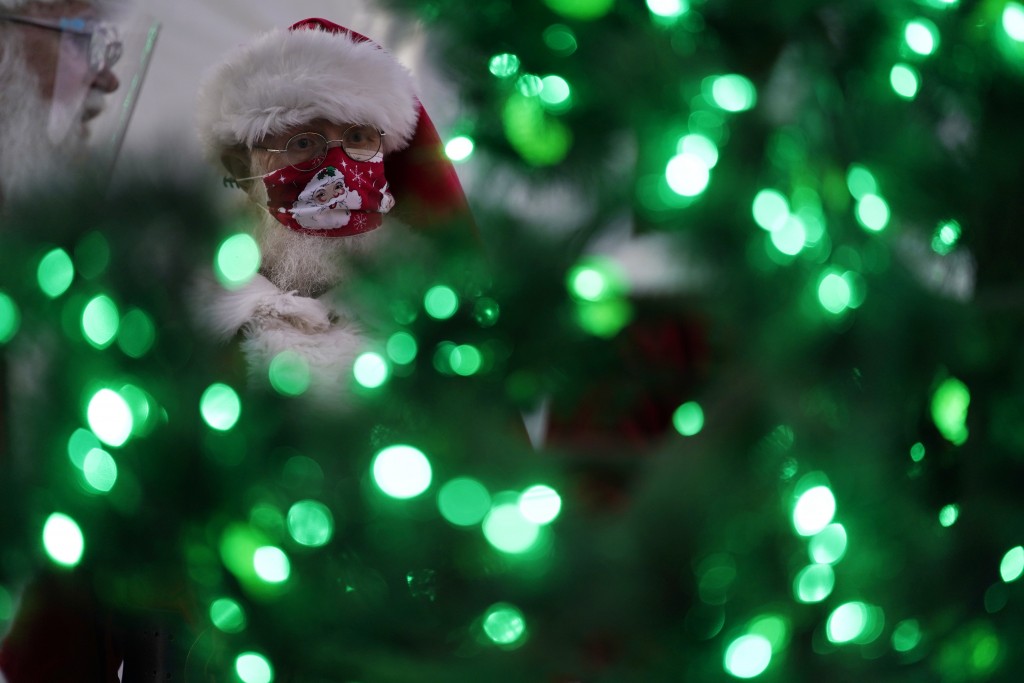 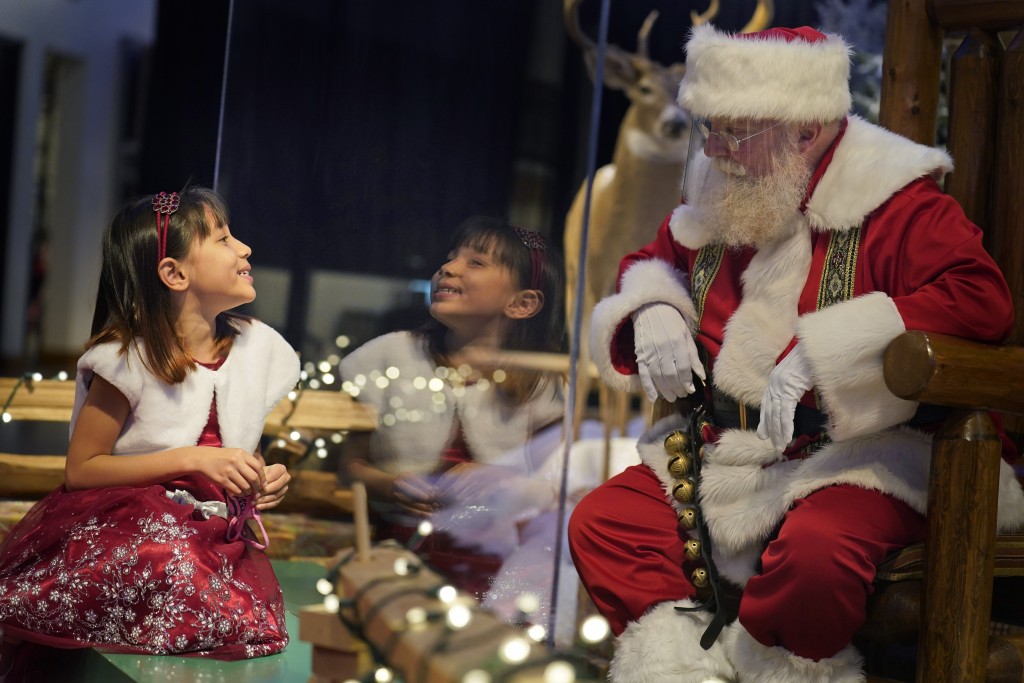 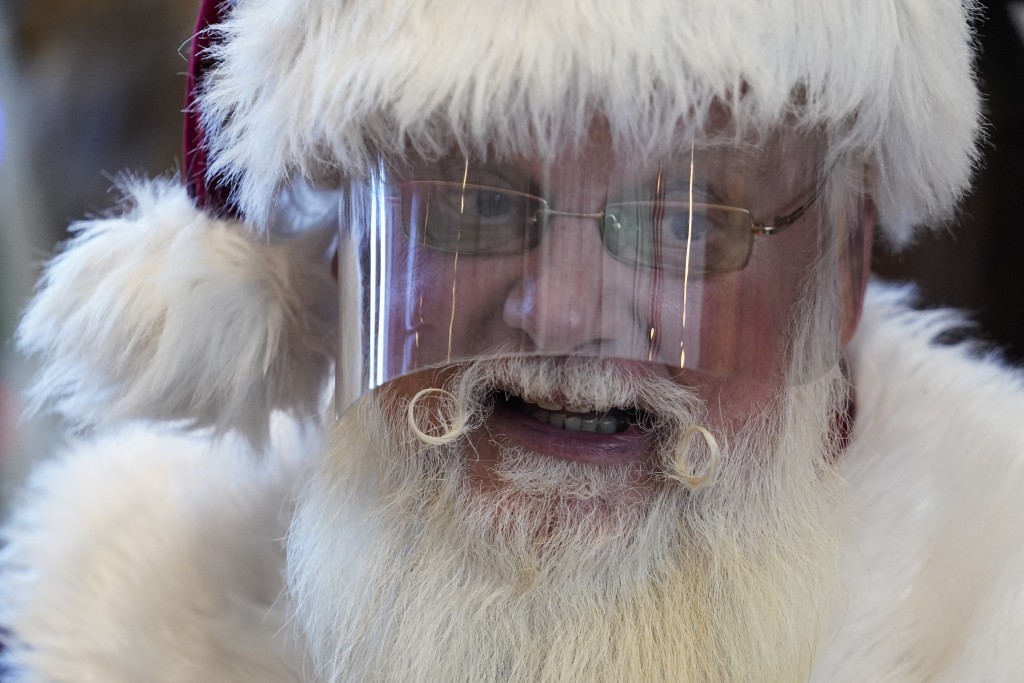 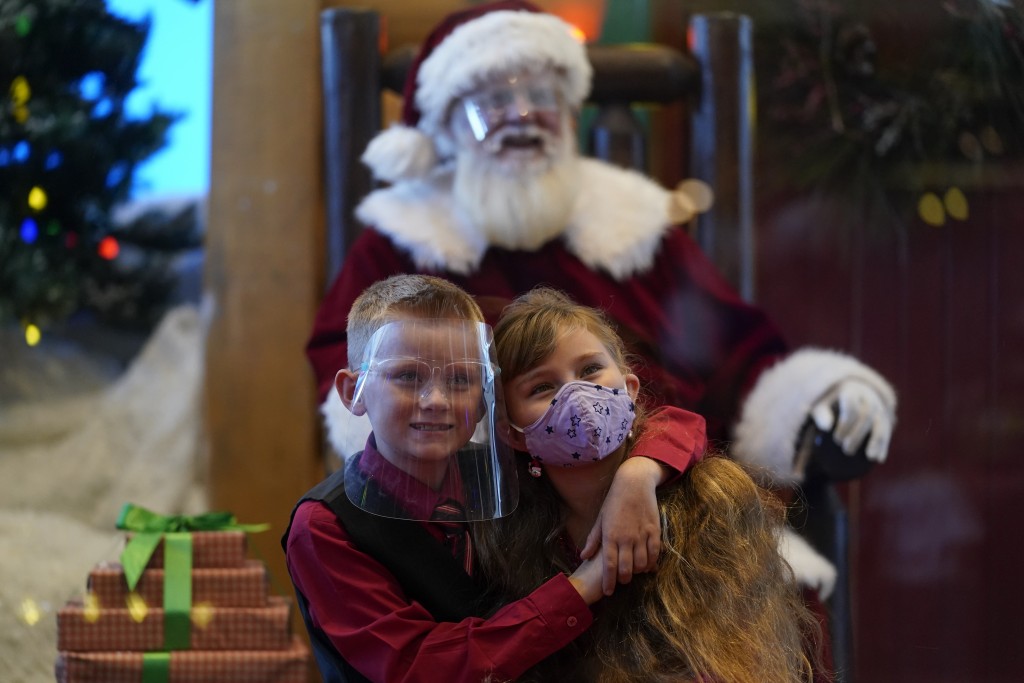 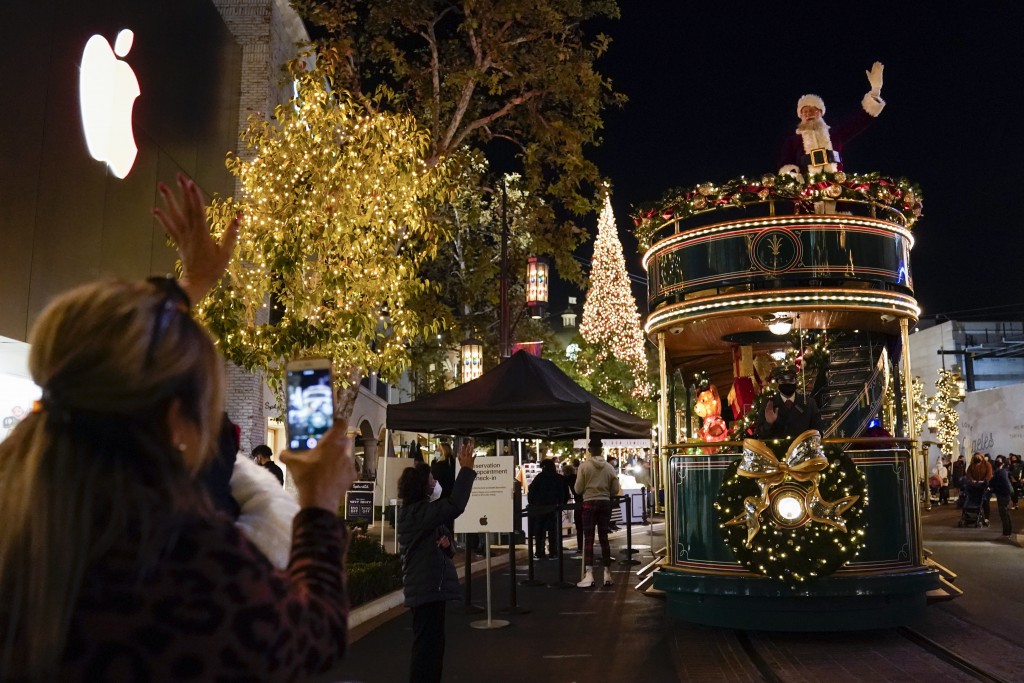 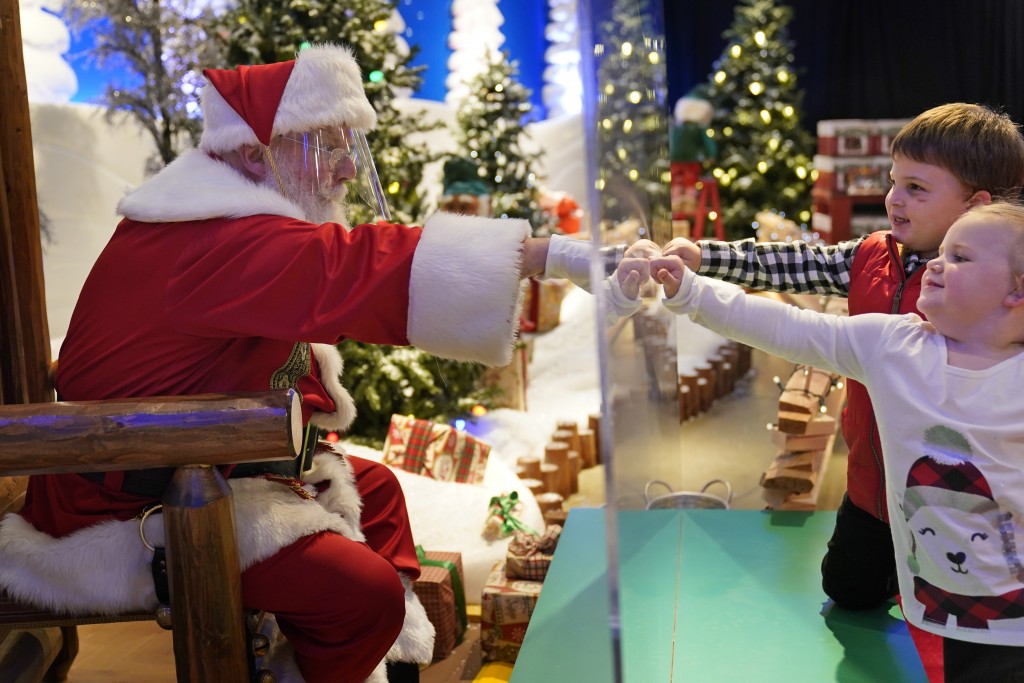 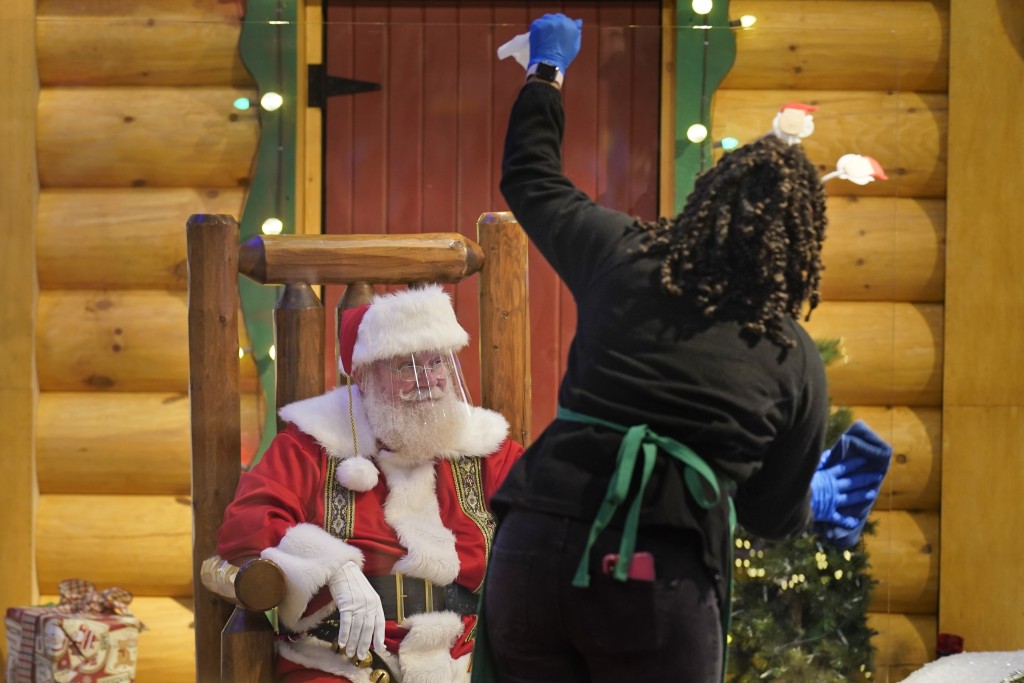 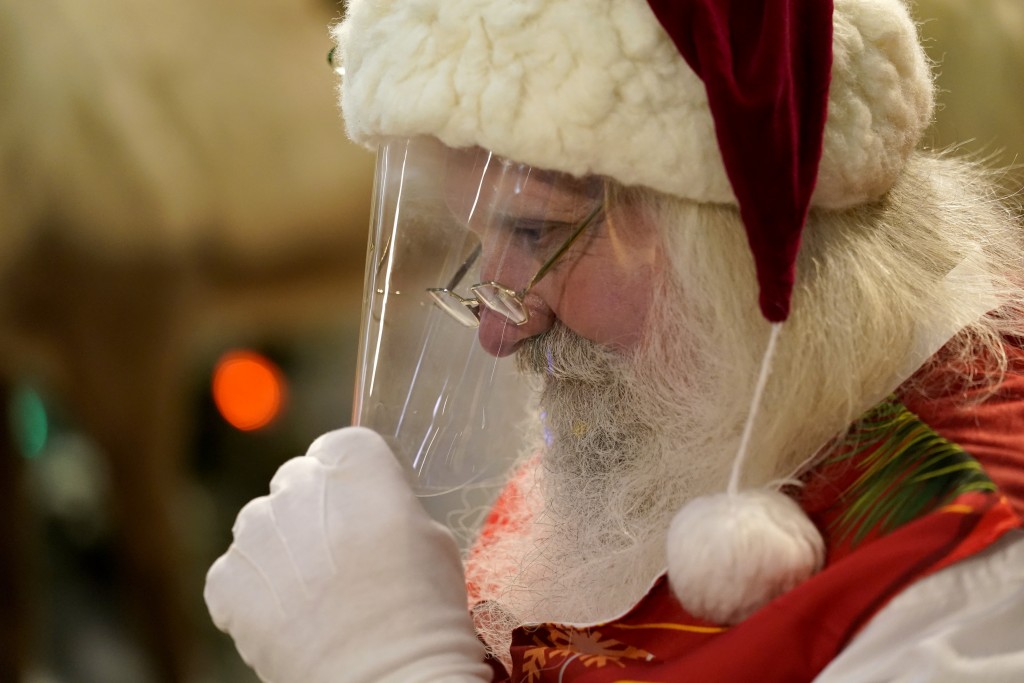 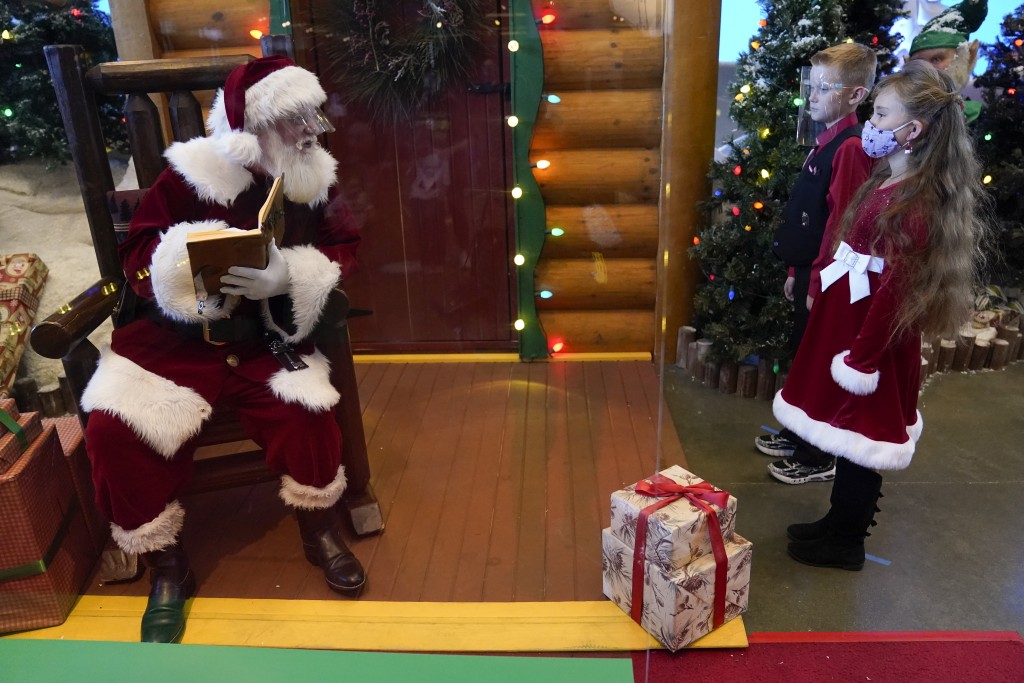 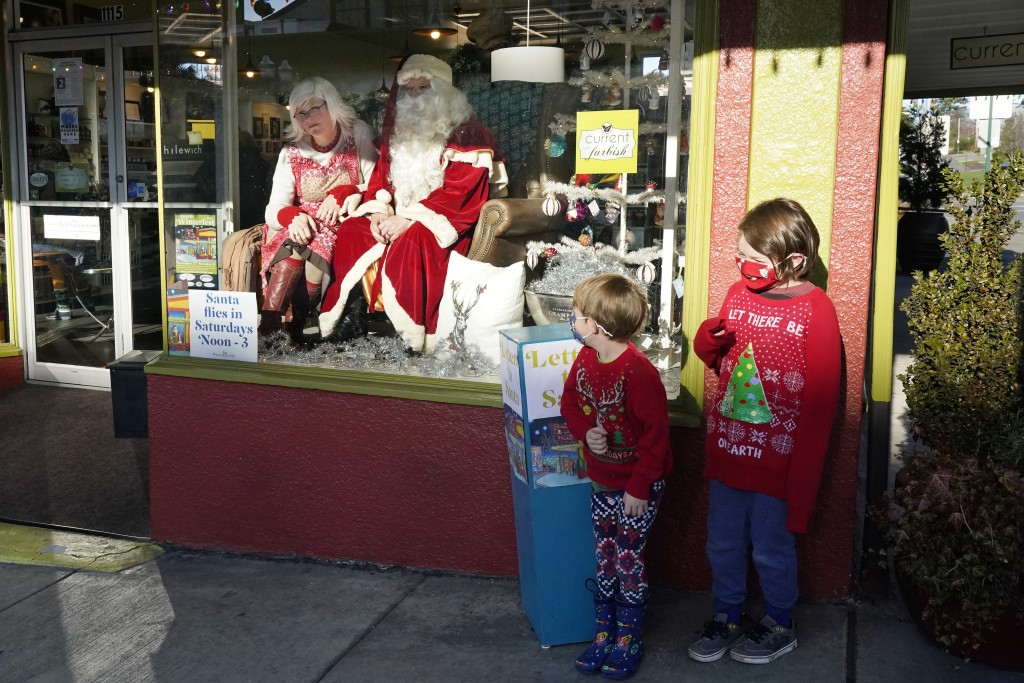 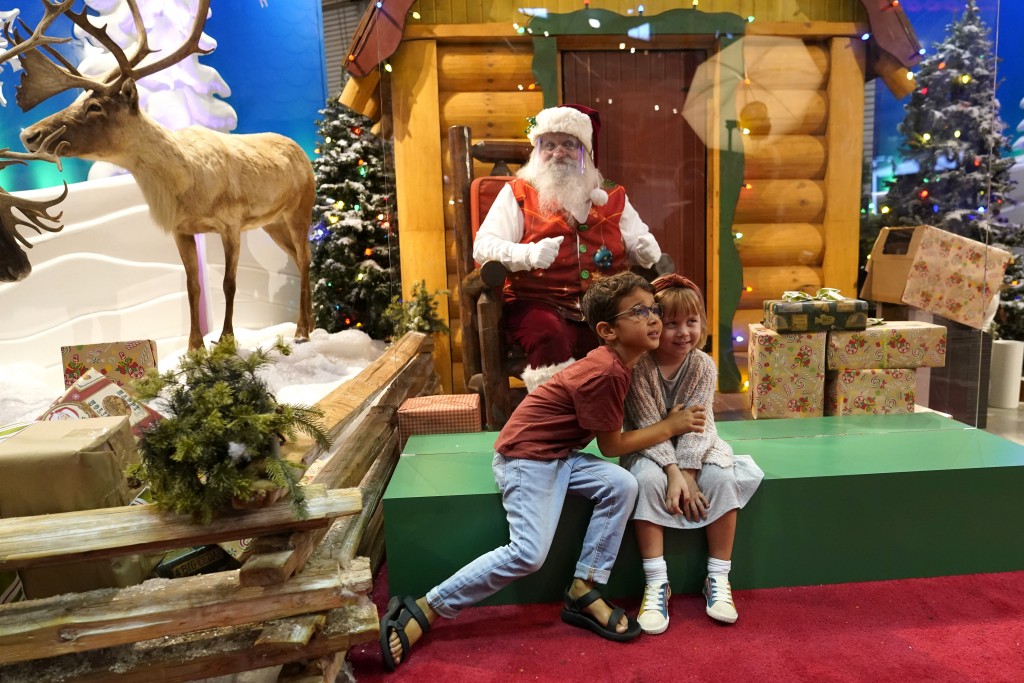 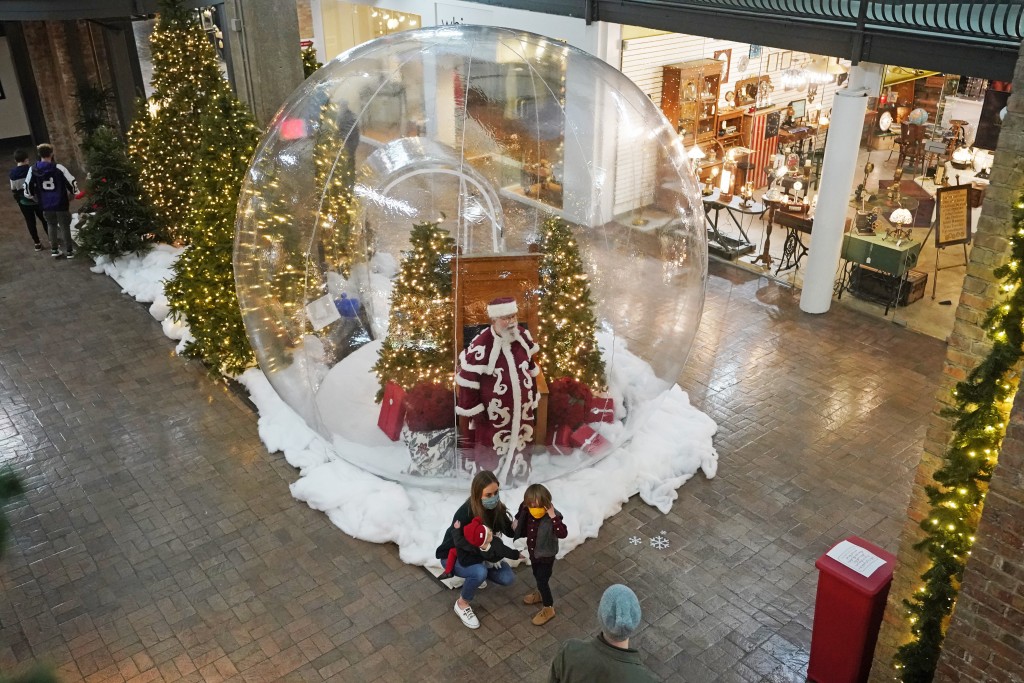 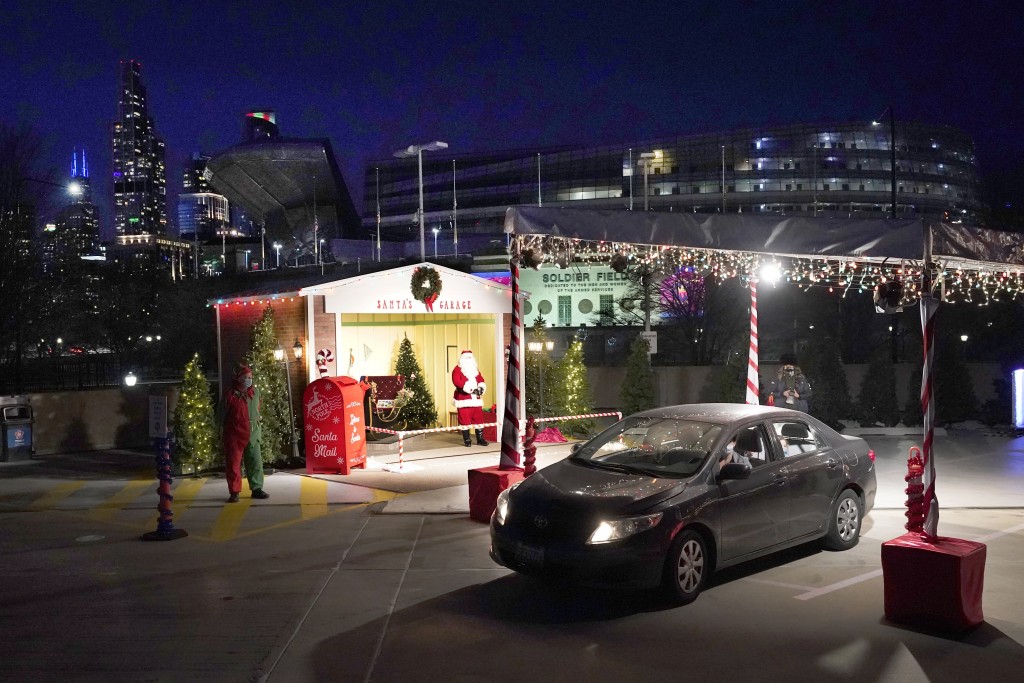 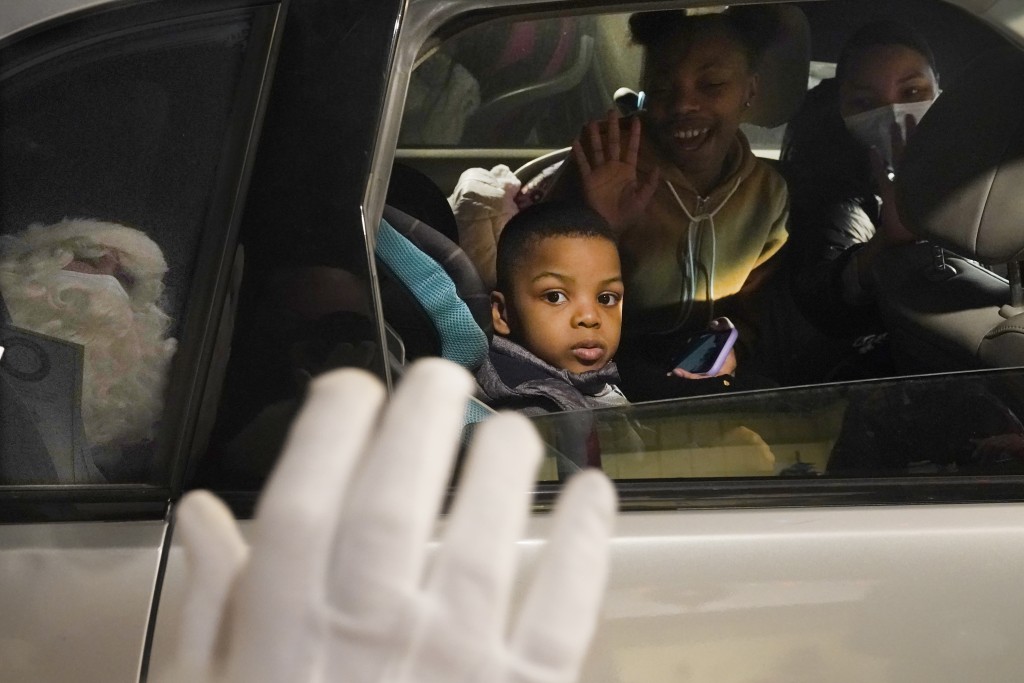 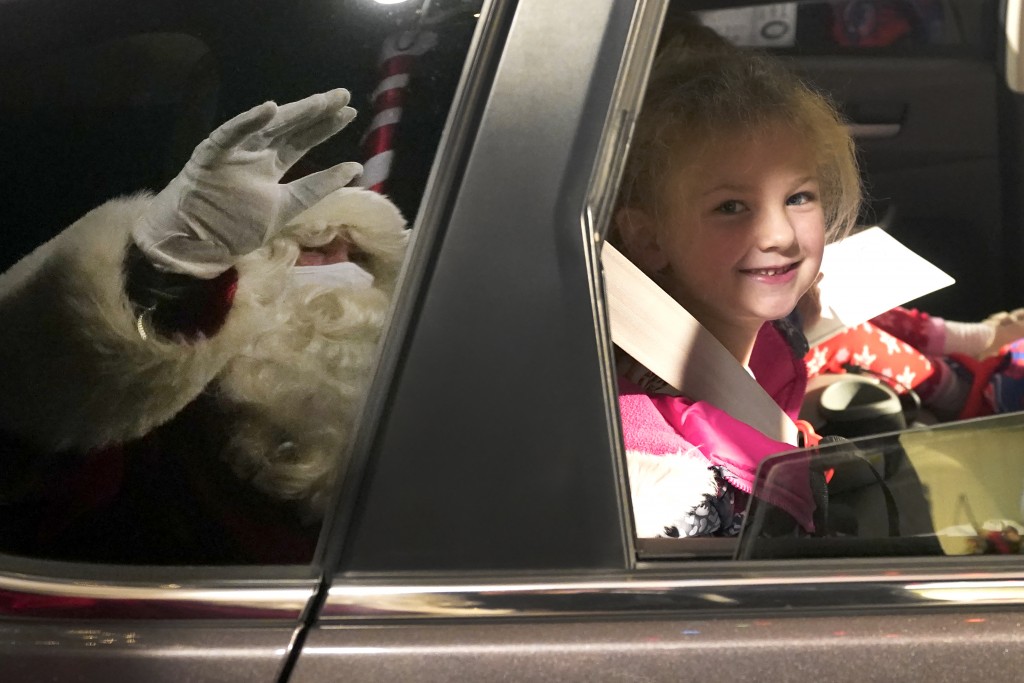 Seeing Santa is for many families a holiday tradition that goes back generations. It’s the annual snapshot that year-after-year marks the passage of time, and a reminder that children believe in magic, and that a jolly bearded man can make their wishes come true.

But it’s Christmas in 2020, and everything is different. Santa sits behind plexiglass, or in a life-sized snow globe. And then, of course, there’s Zoom Santa.

Much of the tradition is altered this year. Sitting on Santa’s lap is out. There is no whispering of wish lists into his ear. Getting in to see Santa this year often requires making an appointment and temperature checks upon arrival. Many stores, from Macy’s and Nieman Marcus to smaller venues around the country, have opted for virtual visits.

Conversations with Santa this year, inevitably, include the virus.

Kids ask if Santa will wear a mask when he visits their homes on Christmas Eve. He asks in turn if they’ve been naughty or nice — and good about washing their hands with water AND soap.

Some children have lost parents, grandparents or other loved ones. They miss their schools and friends.

Yet the Christmas spirit endures.

“It’s different this year, but it’s still magical,” said Larry Jefferson, who has converted a room in his suburban Dallas home to Santa’s workshop where he conducts virtual visits. “The children see me on the screen, they’re like, ’Oh my gosh, Santa Claus is talking to me from the North Pole.”

Perhaps, seeing Santa is the salve families needed at the end of this tumultuous year. Despite all that has changed, Santa still looks pretty much the same and restores a feeling of comfort in an otherwise turbulent time.

“I didn’t think there was going to be Santa this year. We were super excited to find out we could see him,” said Tarah Peargin, a California mother of 8-year-old twins William and Payton.

Like every year, the twins dressed up in the outfits they will wear on Christmas. For William, a red dress shirt, a waistcoat and tie with pin-striped dress pants; Payton wore a velvety red dress. They went to visit Santa’s Wonderland inside a Bass Pro Shop in Rancho Cucamonga, California, near Los Angeles.

William covered up with a plastic visor, and Payton a purple face mask. The idea that Santa, too, needed protective equipment didn’t seem so unusual.

“They took it in stride,” said their mom.

It was a fitting final photo for the family’s annual album.