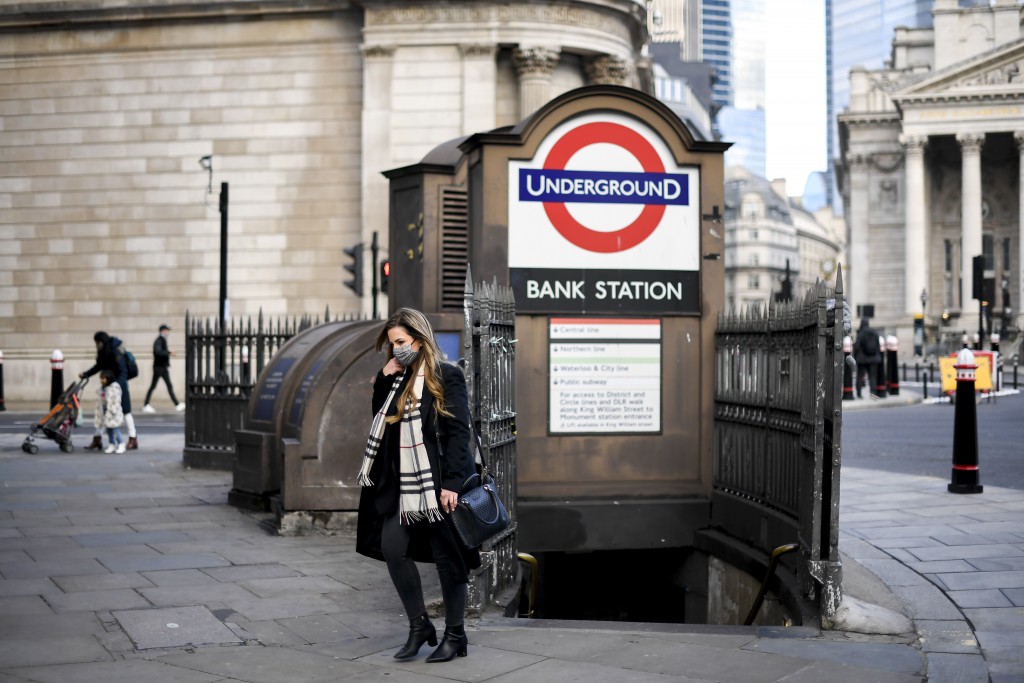 LONDON (AP) — The Bank of England opted against injecting another dose of stimulus into the British economy as it waits to hear whether a post-Brexit trade deal between the U.K. and the European Union is agreed in time for the new year.

In a statement released Thursday, it said the nine rate-setters on the Monetary Policy Committee voted unanimously to keep the bank's main interest rate at the record low of 0.1% as well as maintaining the monetary stimulus already in place.

It said the main news since it boosted its bond-buying program by a further 150 billion pounds ($200 billion) in November has been the successful trialling of coronavirus vaccines and the rollout in the U.K. of the one developed by America's Pfizer and German biotechnology firm BioNTech.

“This is likely to reduce the downside risks to the economic outlook from COVID,” the committee said.

However, the committee warned that recent global activity has been affected by the resurgence of the virus and the associated re-imposition of restrictions. U.K. growth is set to be weaker than anticipated in November.

The British economy is expected to end this year around 12% smaller than it started as a result of the pandemic and the restrictions on business activity and public life. That would be its deepest recession in three centuries.

The committee said the outlook remains “unusually uncertain” and “depends on the evolution of the pandemic and measures taken to protect public health, as well as the nature of, and transition to, the new trading arrangements between the European Union and the United Kingdom.”

The bank's forecasts are based on the assumption of a smooth adjustment to a new tariff-free trading relationship between the EU and the U.K. However, concerns remain that they won't strike a deal and discussions are ongoing. Were a deal not to emerge, tariffs and quotas would be imposed on many goods traded between the two sides, a development that most economists think would hurt the British economy relatively more.

Bank of England Governor Andrew Bailey recently warned that failing to reach a new trade deal would have a greater long-term impact on the British economy than the long-term impact of the coronavirus pandemic, which in the short term has led to the country’s sharpest recession in more than three centuries.

Without specifying, the bank also said Thursday that it stands ready to do more if inflation remains way below target. Currently, the U.K.'s annual inflation rate stands at just 0.3%, way below the bank's target of 2%.