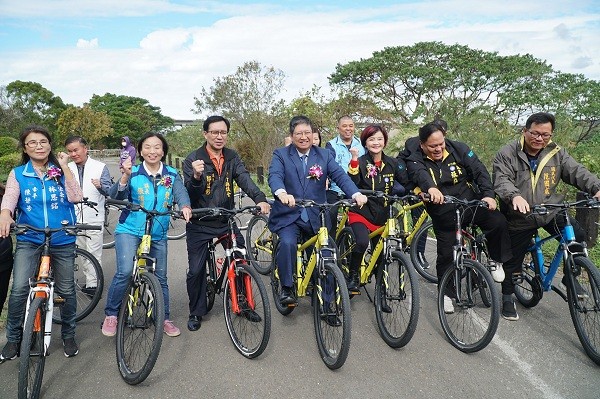 Hsinchu County Commissioner Yang Wen-ke (楊文科) said during the inauguration ceremony that the new bikeway starts from the border between Hsinchu County and Hsinchu City in the west and runs east to the border of Zhudong Riverside Park and Provincial Highway 3.

He added that it provides a safe way to avoid traffic in downtown Zhudong and connect with Hsinchu City’s Left Bank Bikeway as well as the 17-kilometer coastline.

The breadth of scenery along the new bikeway for cyclists to enjoy includes the sea, the river, the mountains, and the railway, the commissioner emphasized.