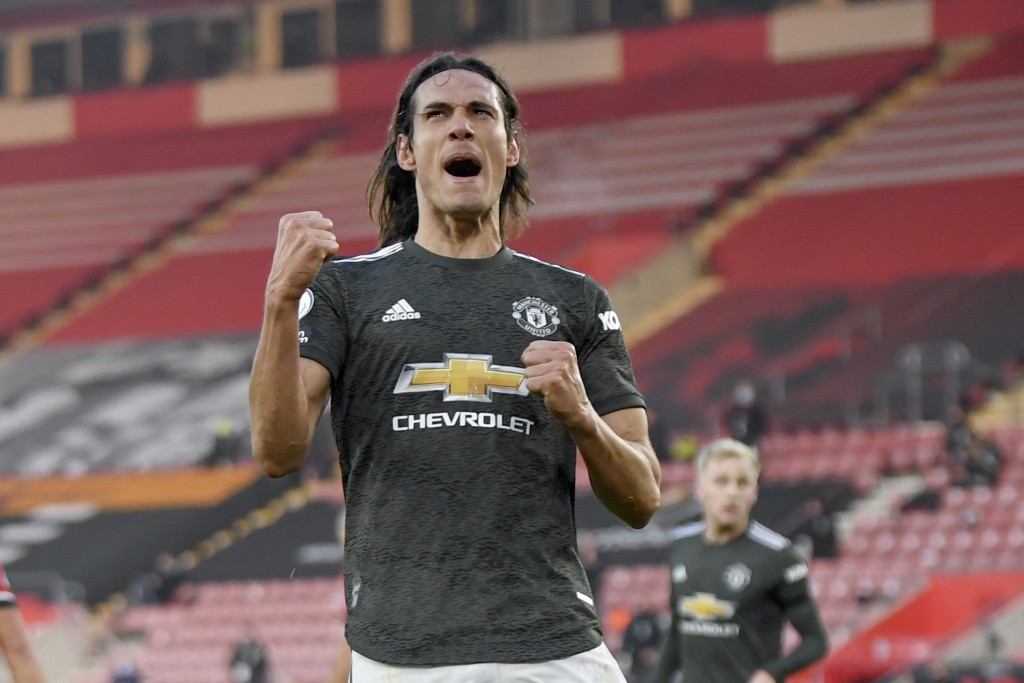 MANCHESTER, England (AP) — Manchester United striker Edinson Cavani was charged by the English Football Association with misconduct on Thursday after using a Spanish term for Black people which he said was intended as an affectionate greeting.

The message was posted by the Uruguayan on Instagram after he scored twice in United's 3-2 victory at Southampton last month in the Premier League.

Cavani has until Jan. 4 to respond to the misconduct charge from the FA.

“Edinson and the club were clear that there was absolutely no malicious intent behind the message, which he deleted and apologized for, as soon as he was informed that it could have been misconstrued," United said in a statement. “The player and the club will now consider the charge and respond to the FA accordingly.”

The former Paris Saint-Germain player, who joined United as a free agent in October, issued an apology last month.

“The last thing I wanted to do was cause offence to anyone,” he said. “I am completely opposed to racism and deleted the message as soon as it was explained that it can be interpreted differently. I would like to sincerely apologize for this.”