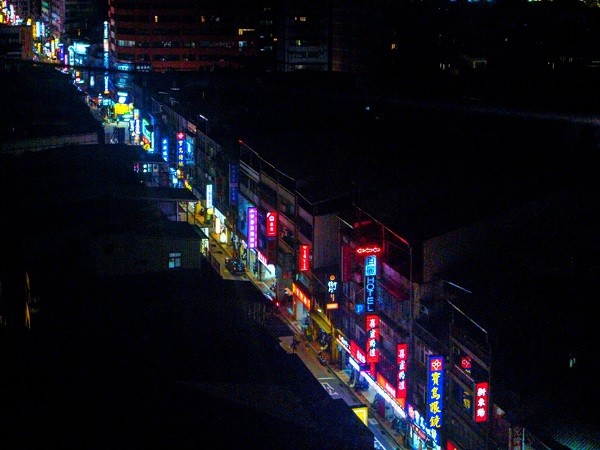 TAIPEI (Taiwan News) — An Indian student living in Taiwan captured this futuristic image of a neon-lit street in New Taipei at night.

Amit Kattal told Taiwan News that he took the photo, which he titled "Cyberpunk Taipei," on the rooftop of a building near the Fuzhong Metro Station in New Taipei City's Banqiao District on Monday (Dec. 14).

When asked about his inspiration, Kattal said he always finds the billboards and shop signs at night in Taipei to have a very beautiful aesthetic, reminding him of the recently released game "Cyberpunk 2077."

He said he decided to share the picture to "show one of the very unique charms of Taipei that I feel makes it beautiful." Cyberpunk 2077 is an action role-playing game that takes place in Night City, which is an open world set in the Cyberpunk universe. Below is the location of the street pictured in the photo.