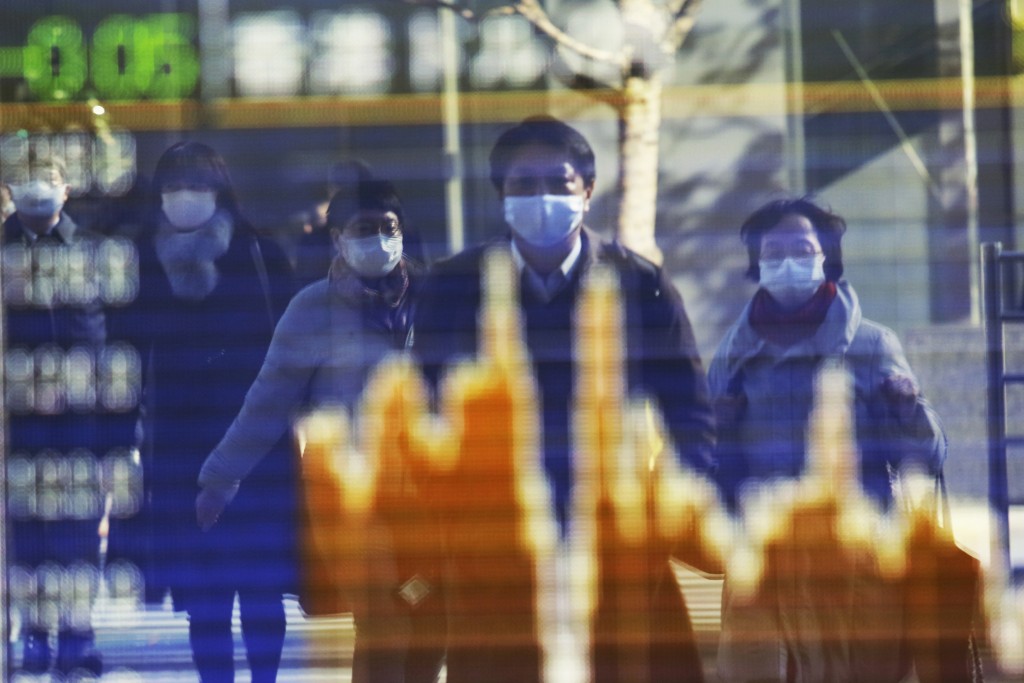 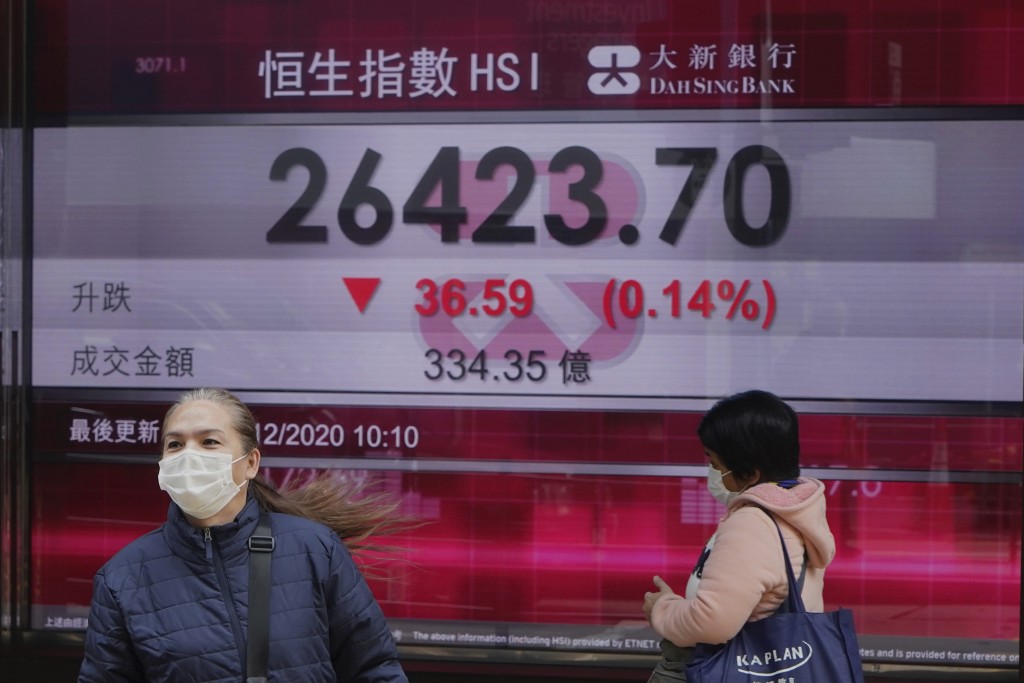 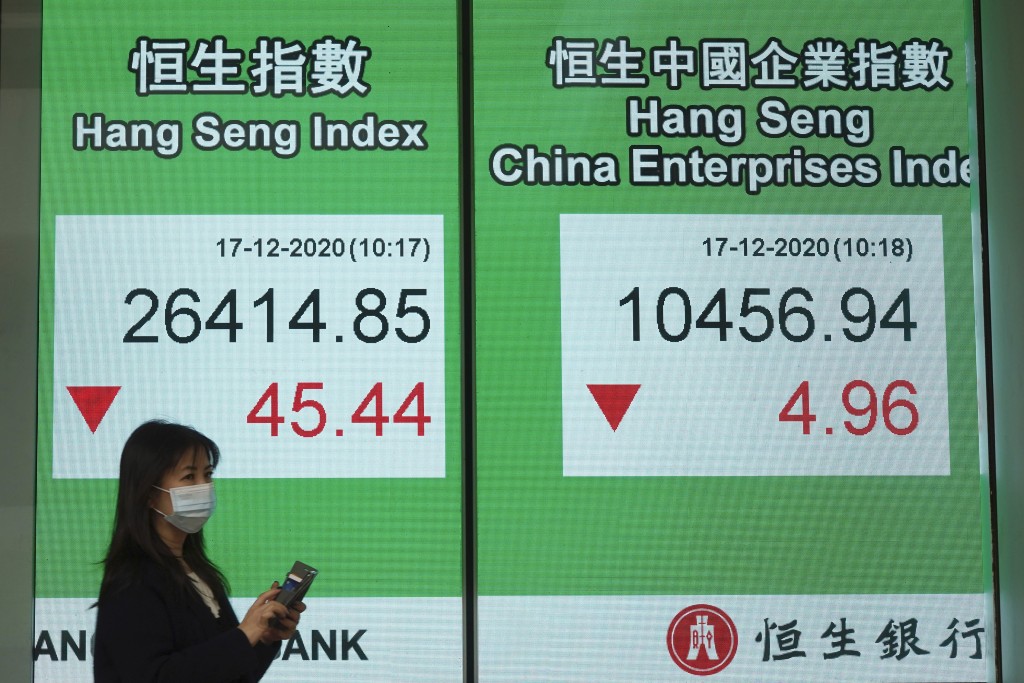 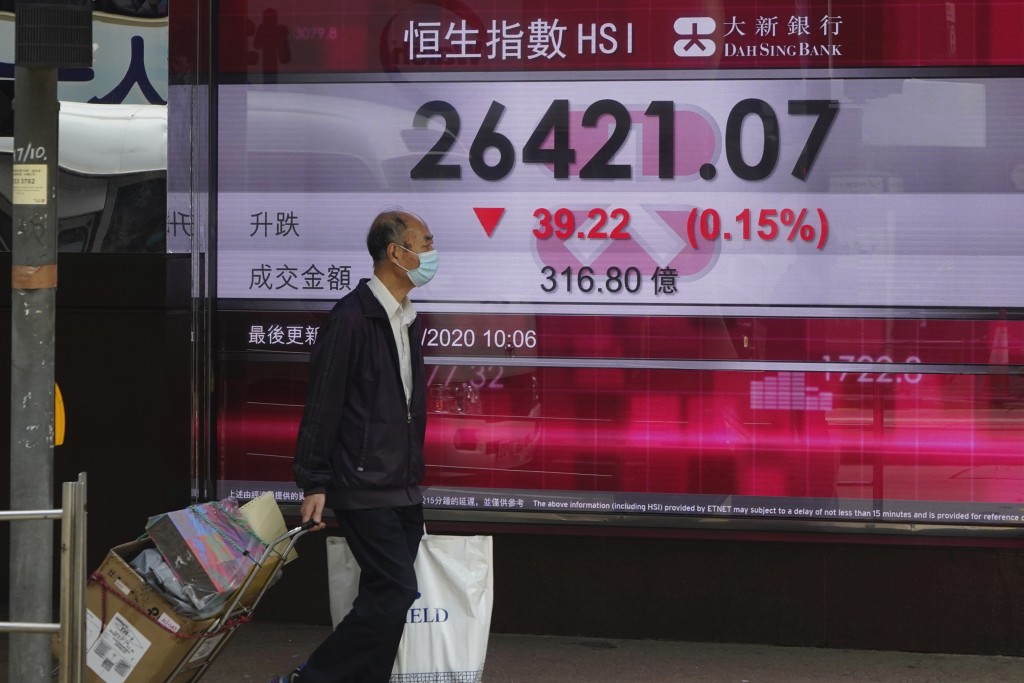 Shares were mostly higher in Asia on Thursday, buoyed by hopes the U.S. Congress may finally deliver fresh aid to help American businesses and families weather the pandemic.

Benchmarks rose in Tokyo, Hong Kong and Shanghai but fell in South Korea.

Overnight, the S&P 500 edged close to a record after the Federal Reserve pledged to keep buying bonds until the economy makes substantial progress from its virus-wracked state.

Congressional leaders appeared late Wednesday to be on the brink of a COVID-19 economic aid package that would extend help to individuals and businesses and ship coronavirus vaccines to millions.

Negotiators were working on a $900 billion package that would revive subsidies for businesses hit hard by the pandemic, help distribute new vaccines, fund schools and renew soon-to-expire jobless benefits. They’re also looking to include new direct payments of about $600 to most Americans.

Help for the U.S. economy is seen as crucial for the global economy and the many exporters that rely on American demand to keep their own factories running.

But optimism over a possible deal after many false starts has been tempered with concern over a resurgence of coronavirus cases in many Asian regions at a time when the rollout of vaccinations has barely begun.

In Japan, Tokyo reported 822 new cases of the coronavirus, a new high for the Japanese capital and a sharp increase from its previous record the day before, as the country struggles with a latest wave of resurgence nationwide.

Infections have been on the steady climb nationwide for several weeks and experts raised caution levels for the city's medical systems to highest on their scale of four.

South Korea's Kospi lost 0.1% to 2,770.43. Shares also fell in Singapore and Taiwan but rose in other regional markets.

Massive efforts by the Fed have helped underpin the market since the spring, and the central bank said Wednesday that it will buy at least $80 billion in Treasurys each month and $40 billion in agency mortgage-backed securities until “substantial further progress” has been made. It also said again that it would keep short-term interest rates at their record low of nearly zero, as it keeps the accelerator floored on its support for the economy.

Economists, investors and even Fed officials have been saying more support is crucial, because the Fed's tools alone can help the economy only so much. The lower interest rates ushered in by the Fed can help goose home prices and stocks on Wall Street, for example, but they can't replace the paychecks lost by workers whose businesses have shut because of the pandemic.

A report released Wednesday morning showed that retail sales sank 1.1% last month, the second straight month of weakness and a much worse showing than the 0.3% decline that economists expected.

Restaurants posted sharp declines in sales, and the numbers may get only worse as deep winter sets in, discouraging the outdoor dining that is the only option for many communities.

Governments around the country and world are bringing back varying degrees of restrictions on businesses to slow the spread of the virus. Even without lockdowns, the rising death toll of the pandemic is scaring customers away from businesses and normal economic activity.

If Congress can indeed reach a deal, it could help carry the economy through what's expected to be a bleak winter, before one or more coronavirus vaccines can help the economy get closer to normal next year.

In the bond market, Treasury yields initially climbed following the Fed's afternoon announcement, but they quickly receded. The yield on the 10-year Treasury rose to 0.92% from 0.91% late Tuesday. It was at 0.94% shortly after the Fed's announcement.

U.S. benchmark crude oil gained 72 cents to $48.54 per barrel in electronic trading on the New York Mercantile Exchange. It picked up 20 cents to $47.82 per barrel on Wednesday. Brent crude, the international standard, climbed 73 cents to $51.81 per barrel.