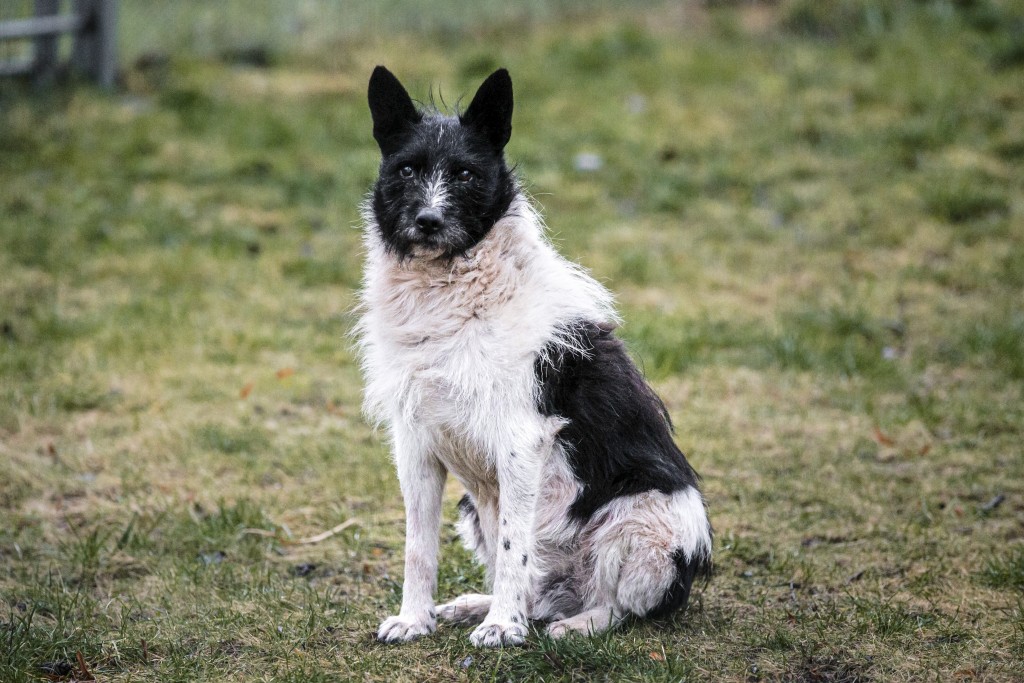 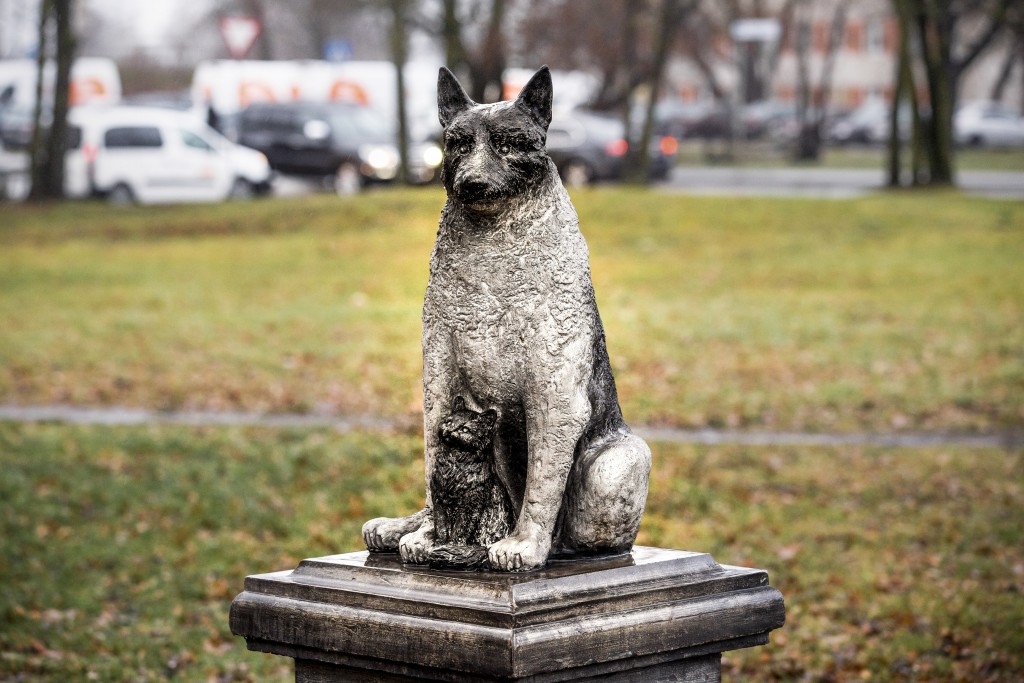 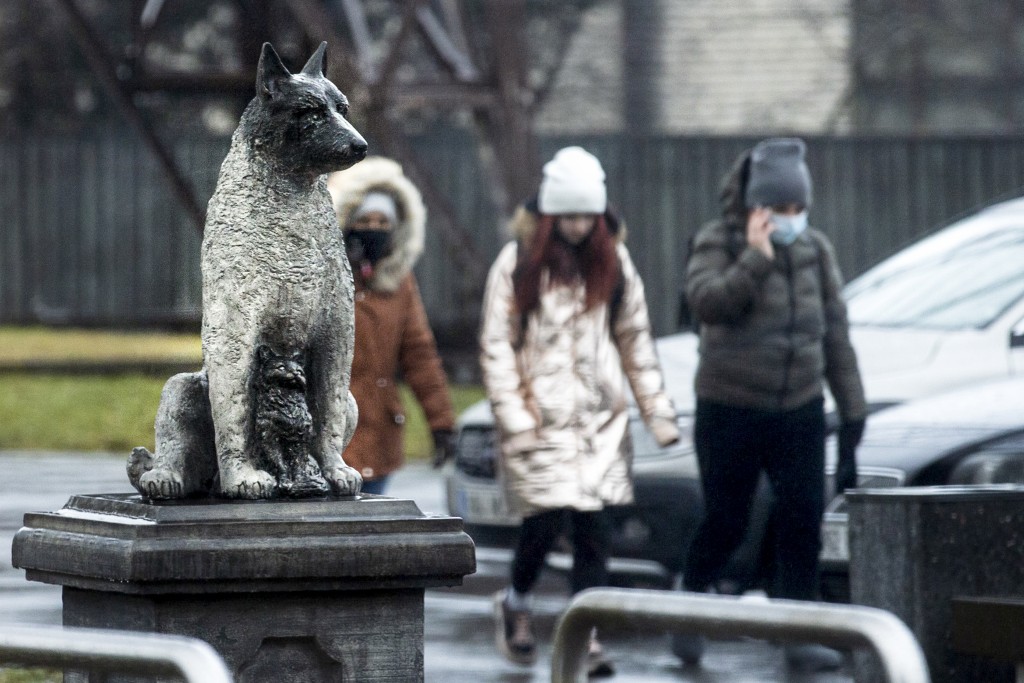 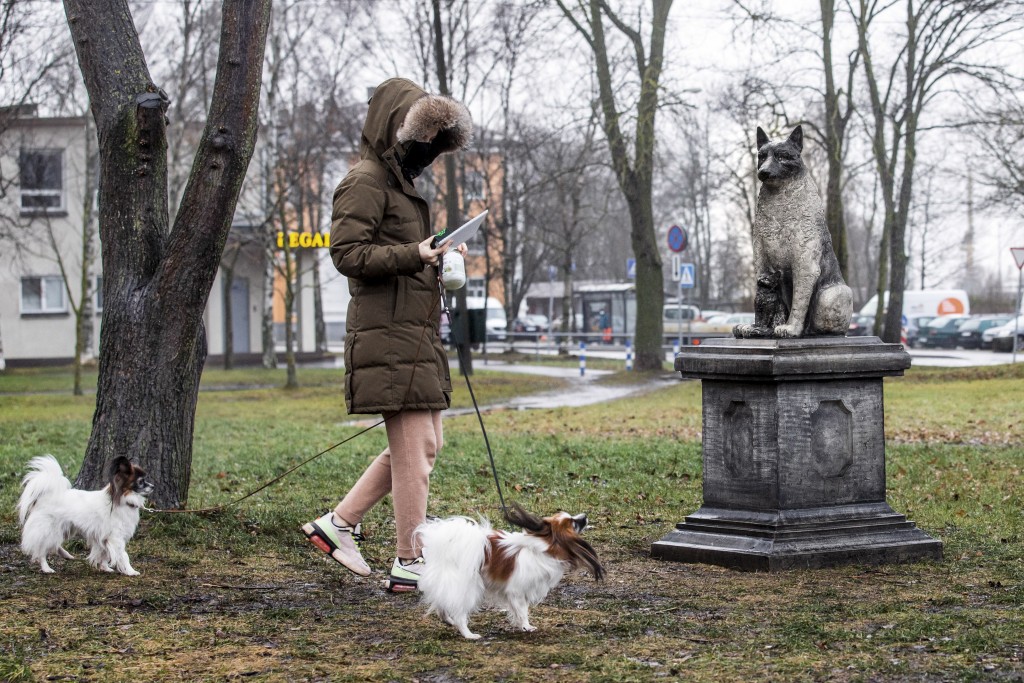 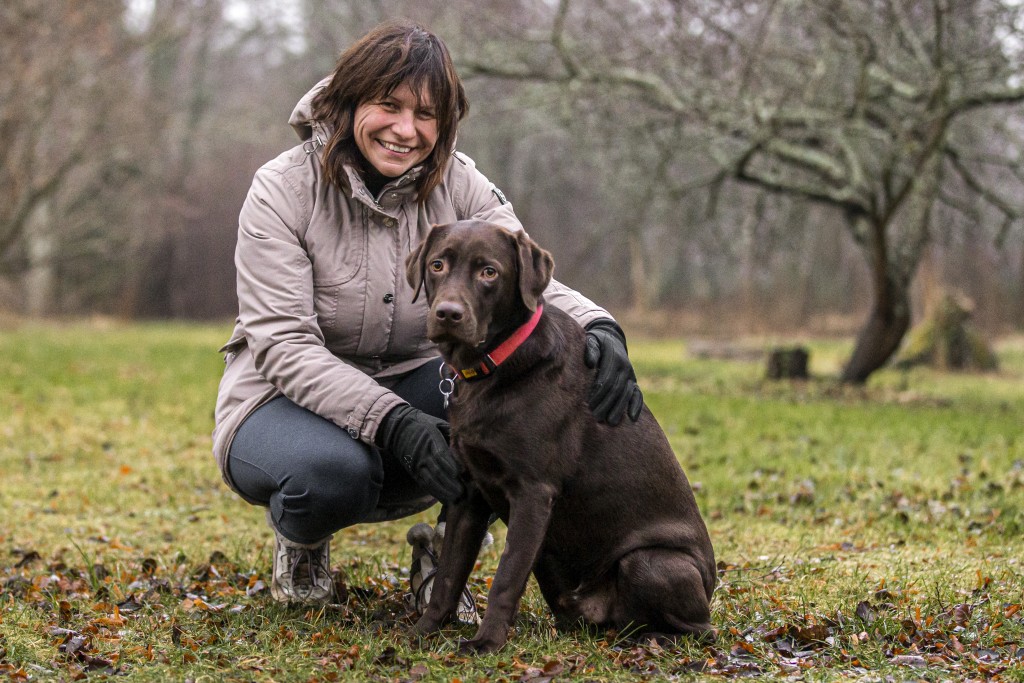 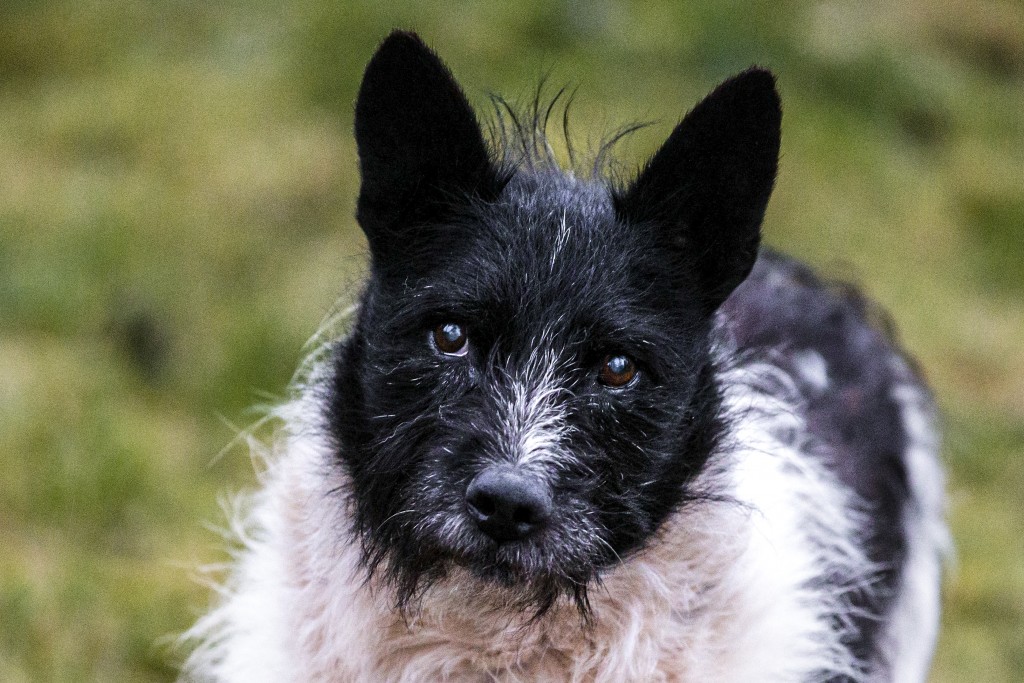 TALLINN, Estonia (AP) — Zorik was never the tail-wagging or hand-licking type. But that didn't stop the free-spirited vagabond dog from winning many hearts.

When the black-and-white mutt, long a presence in a Tallinn neighborhood, was taken from the Estonian capital to the countryside earlier this year to live out his days in the safe and restful surroundings of a family's back yard, he was missed so much that the residents immortalized him with a statue.

“People donated for the monument. They wanted it and they still follow his fate even though he is already old and frail,” said Heiki Valner, an animal rescue volunteer who thought up the idea of the statue of Zorik and organized the fundraising.

Donations were collected and a local artist was commissioned to create the likeness of Zorik, with his upright ears and shaggy hair around his muzzle, along with a cat nestled against him.

The statue, now standing in front of a shopping center, is meant as a tribute both to Zorik and his animal companions, and to all strays. Zorik once had a dog companion who was killed in a car accident. He then took up with stray cats and was seen with them often, even while sleeping.

Residents say that Zorik first appeared as a pup about 12 years ago in a coal storage area in a nearby port, and had been a fixture ever since in Kalamaja, a working-class district that is transforming into a magnet for hipsters.

In a society where the divide between ethnic Estonians and ethnic Russians is acutely felt, Zorik managed to bridge the divide, winning over Russian-speaking old women who fed him, as well as Estonian hipsters, including a group now opening a cafe named “Zorik.”

“Zorik was a dog who was able to disappear, he was a dog whom everyone in Kalamaja knew, he touched everyone — young and old, Estonians and Russians,” Valner said. "He was a point of social integration.”

He was so well-liked that residents would sometimes feed him the best cuts of beef. But nobody could ever catch and domesticate him.

“When people tried to regulate or restrict him, he just escaped,” Valner said. "He was just a free spirit.”

Viktoria Ger, who has given Zorik a new home, in an enclosure with a doghouse behind her own family home, describes him as a “peculiar dog.”

“He doesn’t want to be close to people so he doesn’t like to be petted," she said. Nearby Zorik sat and shivered as a light dusting of snow covered the ground and pine trees dotting the yard.

"Probably he has been hurt by people during his life, so he doesn’t trust people,” she said.

Valner said Zorik eventually had to be removed from the city for his own safety.

“In the end he was so senile that he would just fall asleep on the railway or tram tracks or just here on the road, so that cars had to drive around him," Valner said, pointing to the area in Kalamaja that was long home to the dog. "We received several calls a day when he was on the road, so finally we had to get him away from the streets in his own interest.”

Initially he tried to escape and return to his old roaming territory, but now his frailty has finally won out over his free spirit.

As is to be expected, there were also those over the years who did not want the dog around.

“This was a contest of good and evil," Valner said. "There were those who demanded he be captured and eliminated and others who protected and fed him. This time, kindness won.”