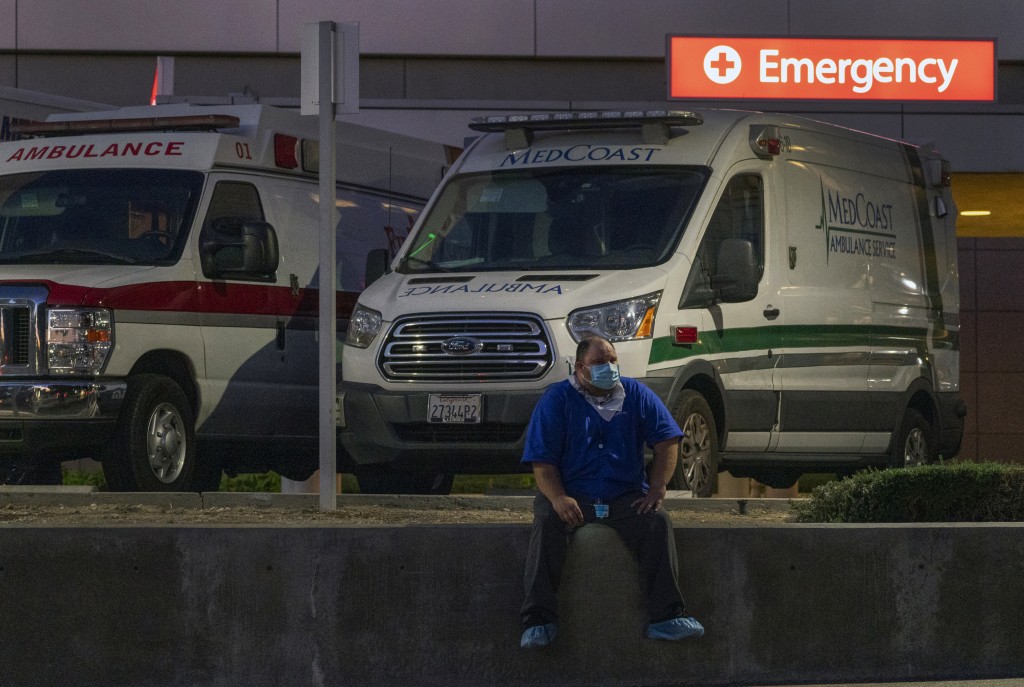 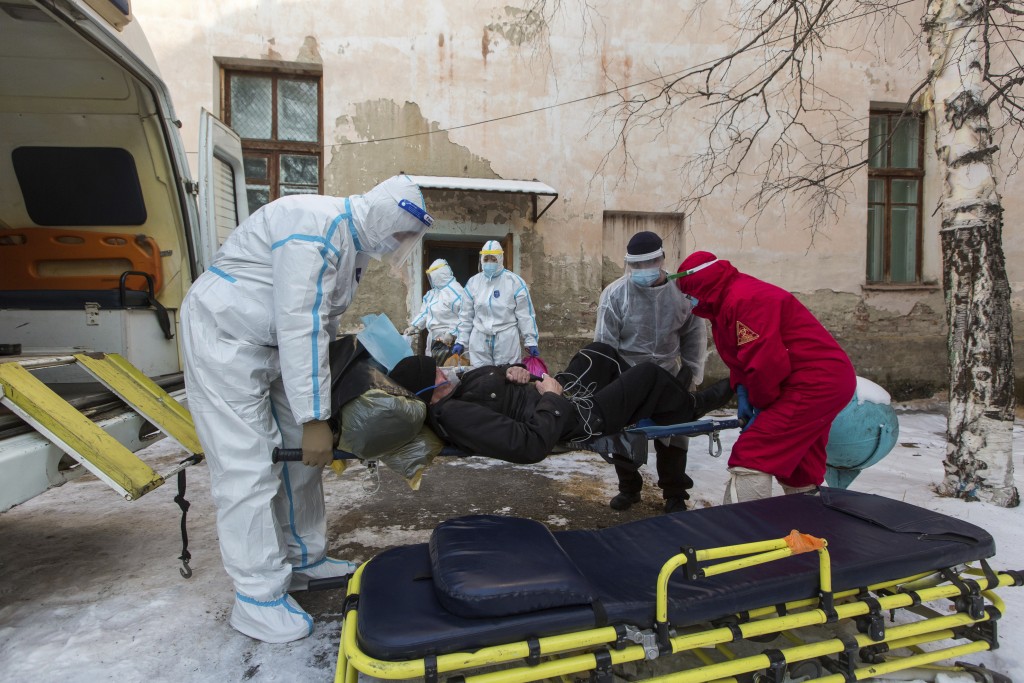 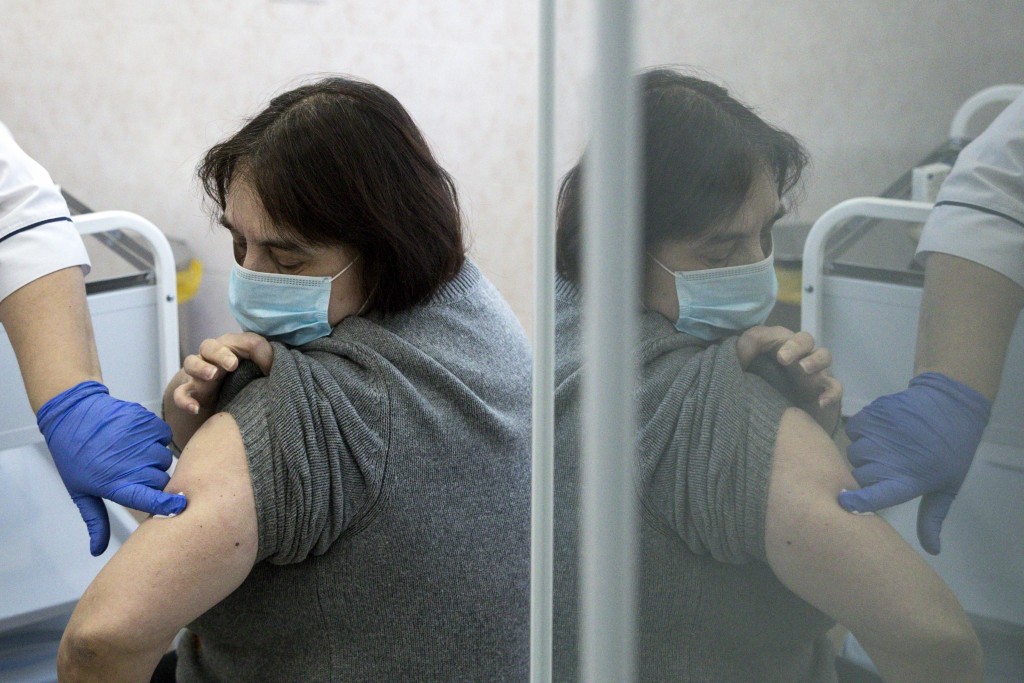 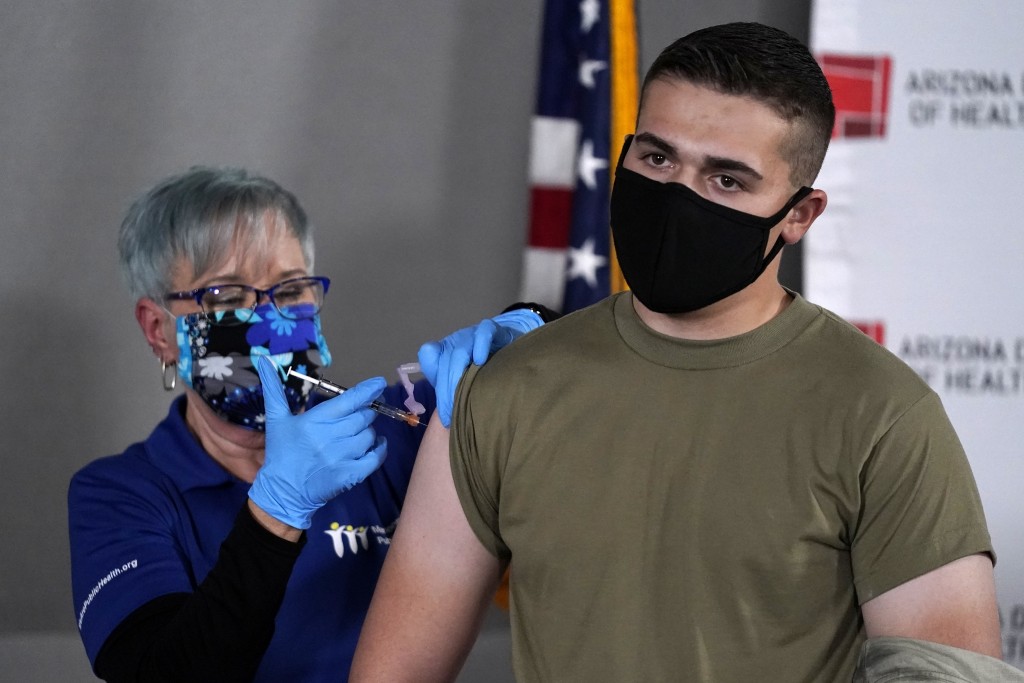 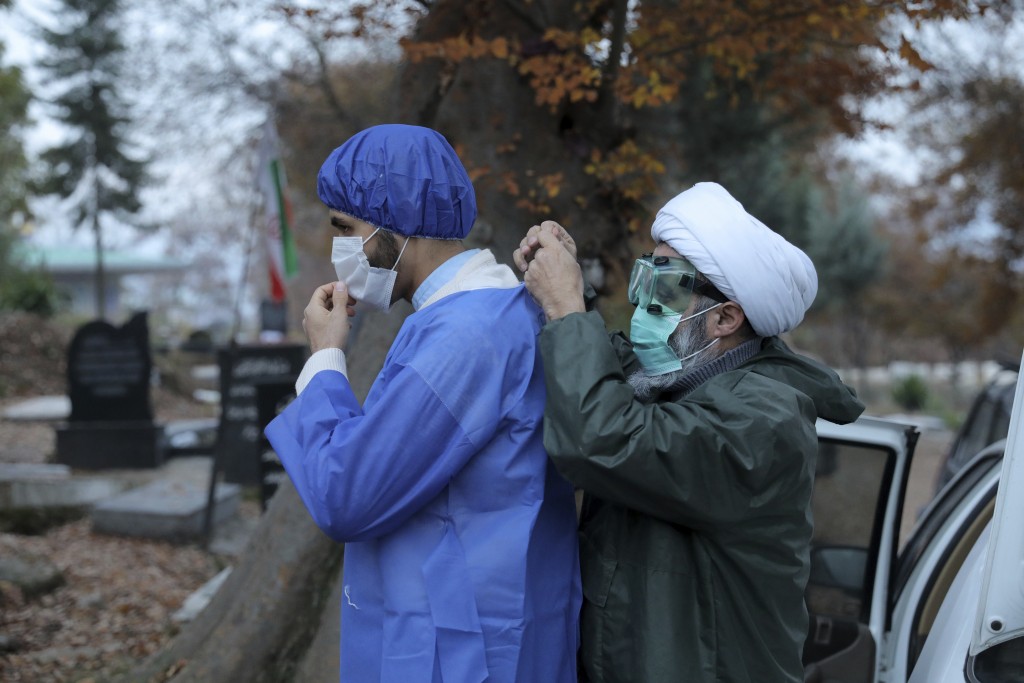 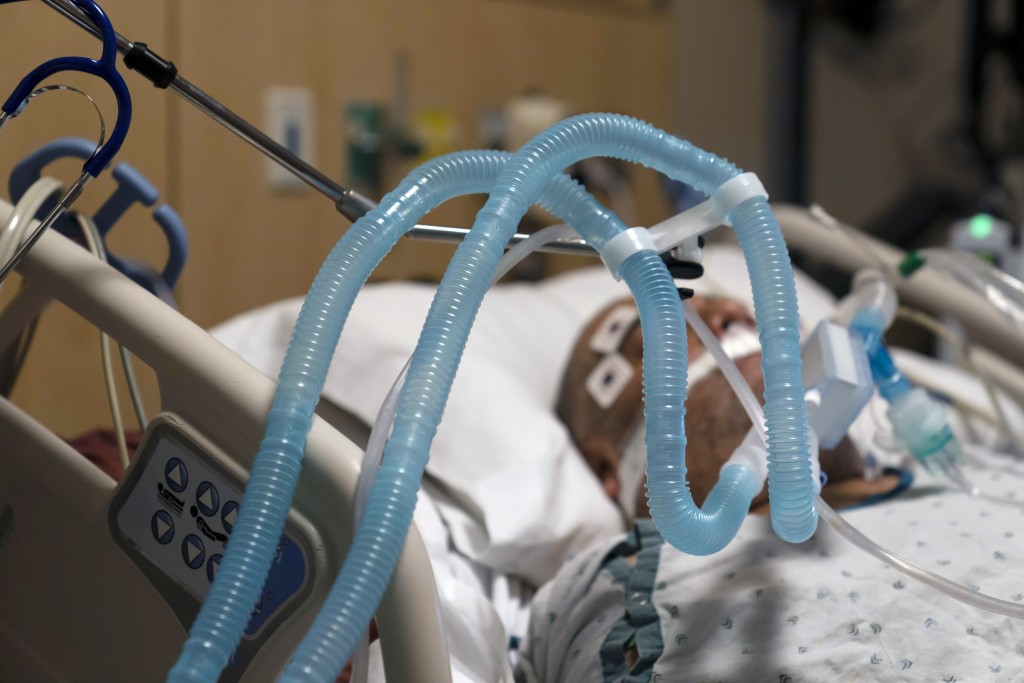 JAKARTA, Indonesia — The World Health Organization says countries in the Asia-Pacific region are not guaranteed to have early access to COVID-19 shots and urged them to adopt a long-term approach to the pandemic.

WHO Regional Director Dr. Takeshi Kasai told reporters in the Indonesian capital, Jakarta, that the development of safe and effective vaccines is one thing. Producing them in adequate quantities and reaching everyone who needs them is another.

Dr. Socorro Escalante, WHO’s coordinator for essential medicines and health technologies, said that while some countries that have independent vaccine purchase agreements might start vaccination campaigns in the coming months, others could see vaccination begin in the middle or late 2021.

“It’s important to emphasize that most, if not all, the countries in the Western Pacific region are a part of the COVAX Facility,” said Escalante. “Within the COVAX Facility we are expecting that the vaccines will be coming in on the second quarter of 2021.”

COVAX was set up by WHO, vaccines alliance GAVI and CEPI, a global coalition to fight epidemics, in an effort to ensure equitable access to vaccines across the world.

WHO representatives also urged that high-risk groups should be prioritized for vaccination as vaccines will only be available in limited quantities.

— US angling to secure more of Pfizer’s coronavirus vaccine

— The first COVID-19 vaccinations are underway at U.S. nursing homes, where the virus has killed upwards of 110,000 people, even as the nation struggles to contain a surge so alarming that California is dispensing thousands of body bags and lining up refrigerated morgue trailers.

— Germany has hit a new record level of deaths from the coronavirus as it enters a harder lockdown, closing shops and schools to try to bring down stubbornly high new cases.

— The U.K. is toughening up advice over what people should do during the holiday period. Last month, England, Scotland, Wales and Northern Ireland agreed to permit a maximum of three households to mix between Dec. 23 and Dec. 27, regardless of what local restrictions are in place.

LOS ANGELES -- California has reported more than 53,000 new coronavirus cases and 293 deaths, setting new records as hospitals struggled to keep up with the surge.

The state has been grappling with soaring cases and hospitalizations. Most of California’s 40 million residents are under stay-at-home orders because of dwindling intensive care unit capacity.

Hospitals are filling up so fast that officials are rolling out mobile field facilities and scrambling to hire more doctors and nurses.

JUNEAU, Alaska -- Health officials in Alaska have reported that a second health care worker had an adverse reaction to a COVID-19 vaccine.

Bartlett Regional Hospital in Juneau says the two workers showed adverse reactions about 10 minutes after receiving the vaccine and were treated. One received the vaccine Tuesday and will remain in the hospital another night under observation while the other, vaccinated Wednesday, has fully recovered.

U.S. health authorities warned doctors to be on the lookout for rare allergic reactions when they rolled out the first vaccine, made by Pfizer and Germany’s BioNTech. Britain had reported a few similar allergic reactions a week earlier.

SYDNEY, Australia — Authorities are searching for the source of an emerging COVID-19 cluster in Sydney’s northern coastal suburbs.

Australia’s largest city had gone 12 consecutive days without community transmission until Wednesday when a driver who transported international air crews in a van to and from Sydney Airport tested positive.

By Thursday, six people had been infected with the virus though community transmission in Sydney, as well as six returned travelers who had been infected overseas and tested positive while in hotel quarantine.

The new infections include a woman who works at the Pittwater Palms aged care home, which has since been closed to visitors.

A drummer in a band that had played in several clubs around Sydney in recent days has also been infected.

The Republican said in a statement late Wednesday that he tested positive earlier in the day, adding, “I feel fine and do not have any symptoms.”

The 73-year-old Wilson said he would quarantine “through the Christmas holiday.”

Wilson was at the U.S. House on Wednesday, when he wore a face mask as he delivered a floor speech lauding President Donald Trump “for his efforts to bring a vaccine to the United States faster than any other vaccine in history.”

Wilson’s office did not immediately respond to a message regarding other elements of the congressman’s recent schedule.

Elected to a 10th term in November, Wilson is the third of South Carolina’s seven-member U.S. House delegation to contract COVID-19.

SEATTLE - Washington Gov. Jay Inslee is loosening school reopening guidelines amid a resurging coronavirus pandemic and pleading with reluctant teachers to return to the classroom, particularly those tasked with educating the youngest and neediest students.

Inslee, a Democrat, on Wednesday unveiled the state’s latest reopening standards, which urge schools to begin phasing in in-person learning no matter what the community COVID-19 infection rates are, and to resist reverting back to remote learning should transmissions further increase.

That’s a stark departure for the Democratic administration, which has until now taken a more cautious approach.

The ultimate decision on how and when to reopen schools is up to individual districts. Washington state saw the nation’s first confirmed virus case in late January.

The governor on April 6 issued an emergency order to keep schools across the state closed through the end of the school year, and in the fall, pushed most schools to remain online-only.

SEOUL, South Korea -- South Korea has added more than 1,000 infections to its coronavirus caseload for the second straight day amid growing fears that the virus is spreading out of control in the greater capital area.

The Korea Disease Control and Prevention Agency on Thursday said the COVID-19 death toll was now at 634 after 22 patients died in the past 24 hours, the deadliest day since the emergence of the pandemic. Among 12,209 active patients, 242 are in serious or critical condition.

Nearly 800 of the 1,014 new cases were reported from the densely populated Seoul metropolitan area, where health officials have raised alarm about a looming shortage in hospital capacities.

Thursday was the 40th consecutive day of triple digit daily jumps, which brought the national caseload to 46,453. The country reported 1,078 new cases on Wednesday, its largest daily increase.

The viral resurgence came after months of pandemic fatigue, complacency and government efforts to breathe life into a sluggish economy.

Officials are now mulling whether to raise social distancing restriction to maximum levels, which could possibly include bans on gatherings of more than 10 people, shutting tens of thousands of businesses deemed non-essential and requiring companies to have more employees work from home.

INDIANAPOLIS, Ind. - As Indiana’s front-line health care workers begin receiving the state’s first shots of Pfizer’s vaccine against the coronavirus, uncertainties remain about future numbers of incoming doses and who should be inoculated next.

Indiana’s chief medical officer, Dr. Lindsay Weaver, said Wednesday that five Indiana hospitals have received doses. Weaver says that so far 46,000 of the state’s more than 400,000 eligible health care workers have registered for an appointment to get their first shot.

Weaver says state health officials are considering individuals’ risks of spreading the virus and how bad their symptoms could be as they decide the next distribution lineup.

Health Department Secretary Dr. John Wiesman and Dr. Kathy Lofy, the state health officer, said new cases and hospitalizations appear to be flattening a bit. However, they warned people to remain vigilant and to remain home for the holidays, because another surge on top of current case levels could swamp hospital capacity.

The state has not seen a jump in cases related to Thanksgiving gatherings. Lofy noted that hospital bed occupancy has even started falling in southwest Washington, but case numbers in the central part of the state have been more troubling.

Overall, just under 13% of the state’s acute-care beds are occupied by COVID patients; officials would prefer to see that number below 10%.

O’FALLON, Mo. -- Missouri Gov. Mike Parson on Wednesday lauded the rollout of Pfizer’s coronavirus vaccine, but it appears the second-week supply will be thousands of doses smaller than anticipated.

State health director Dr. Randall Williams said it now appears that Missouri’s next batch of the Pfizer vaccine will be 25% to 30% less than anticipated. He said the variance was “not unanticipated” given the vast rollout nationwide, but he’s still trying to determine from federal officials what changed.

Meanwhile, Parson, in response to a question at a news conference, seemed to indicate he wasn’t sure if he would get vaccinated, but his spokeswoman later clarified that he planned to do so.

Parson and his wife are among the 353,038 Missourians who have contracted the virus. Both were diagnosed in September, and neither required hospitalization.

“You know, I’ve had COVID-19 so I think my personal view would be I would want to make sure a lot of other people got it (the vaccine) before I have it,” Parson said. But as for himself, he added, “We’ll make that decision as we move forward as it comes more available.” It wasn’t clear if he meant he wanted more information about the value of a COVID-19 survivor getting vaccinated.

Parson’s spokeswoman, Kelli Jones, later said in an email that Parson “has full intentions of getting the COVID vaccine. Since he has already had COVID, however, he will wait until his age group is eligible to receive the vaccine according to the phases of Missouri’s vaccine plan.” Parson is 65.