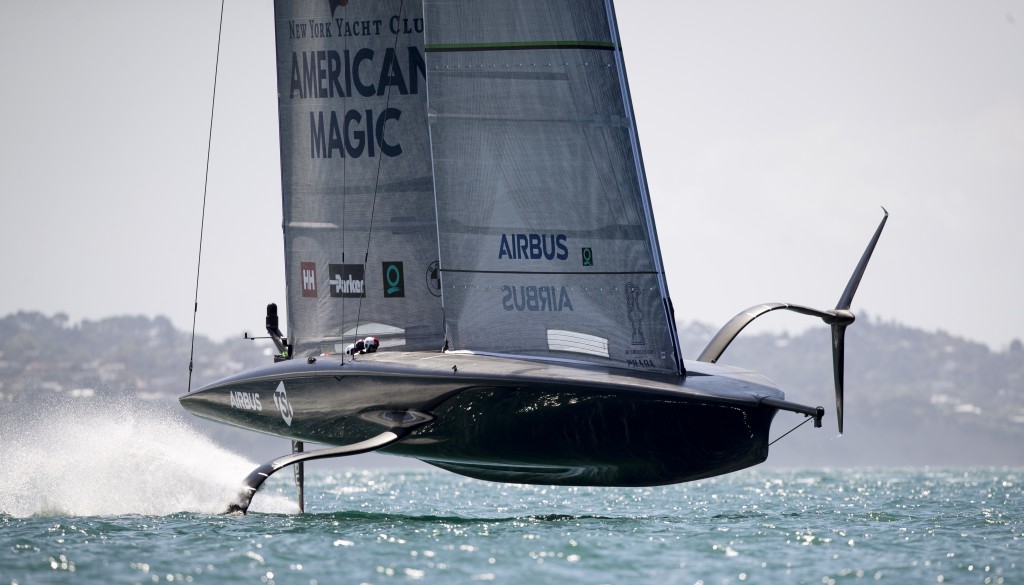 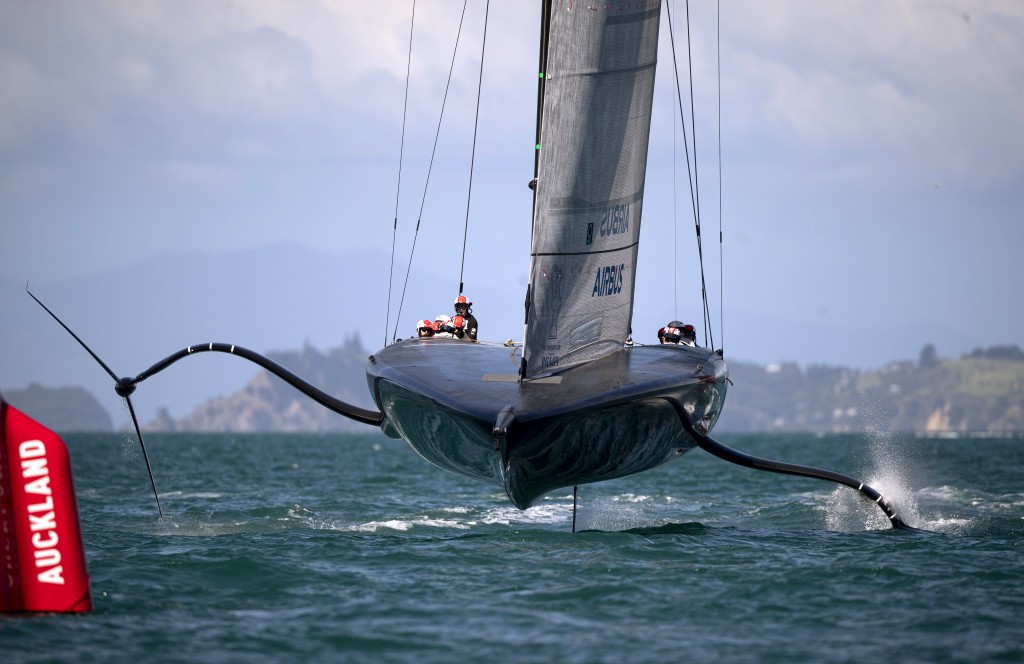 United States challenger American Magic won both of its races on the opening day of sailing’s America’s Cup World Series on Thursday, ending with a thrilling match-race win over Cup defender Team New Zealand in Auckland.

On a disastrous day for INEOS Team UK, the British challenger lost to American Magic by more than a leg of the six-leg course, then was forced to retire from its second race against Italy’s Luna Rossa when it sustained a major equipment malfunction.

Team UK’s Britannia had been plagued by technical issues in practice and those problems continued on the first day of racing. It suffered a malfunction and submerged its bow during the race against American Magic. Against Luna Rossa it experienced a more serious breakdown, apparently with the canting foil arm which left it dead in the water.

American Magic’s Patriot looked strong in both of its races Thursday, most importantly in a classic match race with Team New Zealand in the last race of the day. New Zealand-born helmsman Dean Barker led across the start line and defended his lead around most of the course.

Team New Zealand took back the lead when the boats rounded the top mark side by side for the final time. But Patriot regained the lead on the last, downwind leg, hitting 47.37 knots (54.5 mph) — the highest speed of the day — to win by 12 seconds.

After a tight pre-start Team New Zealand was faster off the line and was already ahead of Luna Rossa when the boats crossed tacks for the first time on the first upwind leg. Helmsman Peter Burling said New Zealand picked up a wind shift on the left of the course, another on the right “and from then on on our boat it was just a matter of sailing round and trying to connect the dots.”

One of the major points of interest in Thursday’s racing was to see whether in these extremely fast, high-tech yachts the basic principles of match racing still apply. From its inception in 1856 when the schooner America beat the British defender to claim the trophy for the United States, the Cup has been about match-racing, one yacht against another.

Yacht racing experts were closely watching Thursday to see whether match racing is necessary or even possible in the latest class of America’s Cup boats, which can attain speeds of almost 60 mph.

The race between American Magic and Team New Zealand emphatically answered that question. It was match racing in every sense but at a heightened level. Barker protected his lead by covering every move of his New Zealand counterpart and picked wind shifts the New Zealanders missed.

The crew work of the Americans also was impeccable while Team New Zealand made several errors under pressure.

The America's Cup World Series does not count towards the America's Cup regatta which begins with the challenger series in January and February, followed by the Cup match between the defender and top challenger in March. All racing will be held in Auckland.