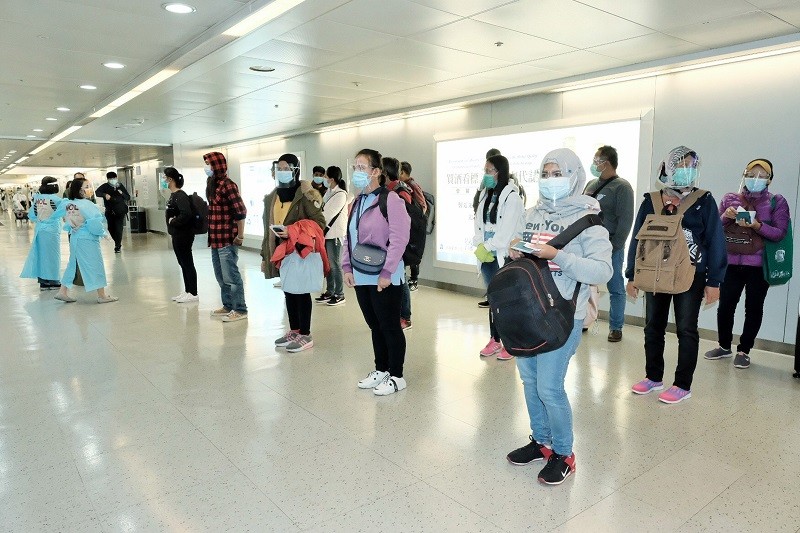 TAIPEI (Taiwan News) — Central Epidemic Command Center (CECC) head Chen Shih-chung (陳時中) on Wednesday (Dec. 16) announced that it is continuing its entry ban on migrant workers from Indonesia as Wuhan coronavirus cases soar in that country and that the accuracy of its tests are in doubt.

As the number of Indonesian migrant workers testing positive for COVID-19 after arriving in Taiwan continued to climb, the CECC on Nov. 30 announced a temporary entry ban on all such workers from the Southeast Asian country from Dec. 4 to Dec. 17. However, because the number of confirmed cases in Indonesia has risen to 6,000 over the past week and since 76 out of the 132 cases imported from that country since October had tested negative prior to departure, Chen said Taiwan will maintain the ban until further notice.

He said that in order to halt the virus at Taiwan's borders and ensure public safety, the indefinite ban on Indonesian migrant workers will go into effect on Friday (Dec. 18). He stated that one of the CECC's main concerns about Indonesian arrivals is the accuracy of the coronavirus tests they are undertaking in their home country.

Taiwan's Ministry of Foreign Affairs has requested that Indonesia improve the accuracy of its tests, but no progress has been made thus far, Chen stated. He pointed to the recent trend of positive test results in Taiwan among Indonesians who had presented negative test results upon arrival.

"These test reports have become less and less accurate. Taiwan cannot afford to take this risk," said Chen. He said it is unclear what is wrong with the tests in Indonesia but that, "The proportion of inaccurate tests has been rising."

The CECC chief said polymerase chain reaction (PCR) test reports have not been confirmed. "These tests are almost the same as not having one. Therefore, unless there is further progress on the certification process of the test reports, we will continue to suspend the entry of migrant workers from Indonesia."

Chen added that the CECC would be willing to assist the Indonesians in their testing. However, "[The Indonesian authorities] feel they are doing a good job. The two sides have no consensus on this aspect, so there is still a long way to go," he lamented.