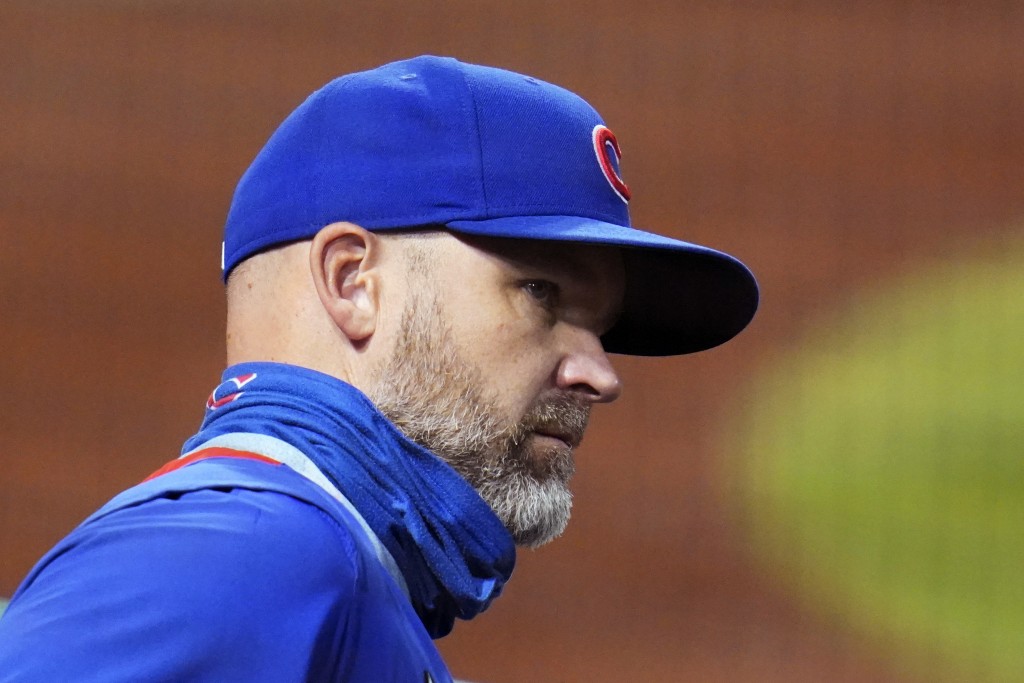 CHICAGO (AP) — When David Ross became the Chicago Cubs manager prior to last season, he knew he might not work with president of baseball operations Theo Epstein for too long.

So it wasn't a big surprise when Epstein stepped aside last month and general manger Jed Hoyer took over.

“It was definitely something that was on the radar,” Ross said Wednesday. “Both those guys were very open about the possibility of some change and what that might look like. Obviously, it's a little faster than was expected. And Theo's laid out his reasons for that. ... I have a ton of respect for Theo for, literally, making the decision a little earlier than I think he anticipated."

More big changes could be coming.

The Cubs won the NL Central in Ross's first season, only to get swept by Miami in the first round of the playoffs. They have not advanced in the postseason since 2017.

For now, Ross said he's assuming star slugger Kris Bryant will be with the team next season. He hopes starter Jon Lester will be, too.

Bryant is under team control through next season and was offered a contract for 2021. But with his free agency looming and the Cubs possibly looking to cut more payroll, the 2016 NL Most Valuable Player could be traded.

Chicago declined its option on Lester in late October, making the five-time All-Star and three-time World Series champion a free agent. He then spent more than $47,000, including gratuities, buying beers for Cubs fans at four bars in the city.

“I told him I was mad I wasn't in Chicago to drink another time on his tab,” Ross said. “I've had plenty on his bill, that's for sure. Yeah, I'm optimistic. I hold out hope. I'm a glass-half-full kind of guy.”

Ross isn't as hopeful about slugger Kyle Schwarber returning after the Cubs nontendered him two weeks ago. Schwarber batted .188 with 11 homers over 59 games in the pandemic-shortened season. But he set career highs with 38 homers, 92 RBIs and a .250 batting average in 155 games in 2019.

“We all love Kyle and what he's done for the Cubs,” Ross said. “We'd welcome him back with open arms. But I have a feeling there's gonna be a lot of teams picking up the phone to call his agent.”