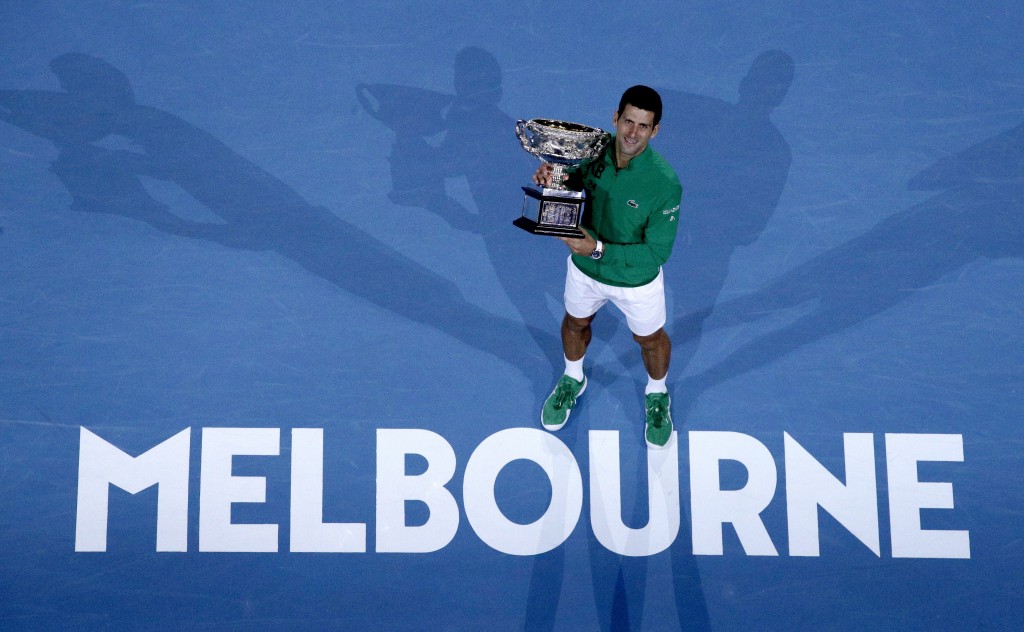 LONDON (AP) — The Australian Open is set to begin Feb. 8, three weeks later than planned, as part of a pandemic-altered 2021 tennis calendar released by the men’s professional tour Wednesday.

The ATP said that men’s qualifying for the season’s first Grand Slam tournament is being moved to Doha, Qatar, from Jan. 10-13.

That will be followed by a period of about 2 1/2 weeks set aside for travel to Melbourne and a 14-day quarantine period for players and their coaches or other support staff.

A 12-team ATP Cup, the relocated Adelaide International and an additional men’s tournament will be held in Melbourne to give players a chance to prepare for the hard-court Australian Open.

The ATP said the season will start with a tournament beginning in the first week of January in Delray Beach, Florida. That event was contested in February this year, shortly before the coronavirus pandemic took hold. There also will be an early January tournament in Antalya, Turkey.

More 2021 calendar plans for later weeks will be announced separately, the ATP said.

Other tournaments that will not take place next year include the New York Open and an event in Auckland, New Zealand. The ATP is looking for new dates for the Rio Open, which was supposed to begin Feb. 17 but now conflicts with the two-week Australian Open main draw.

As with other sports, tennis was disrupted this year because of the COVID-19 outbreak, including several months with no competition, the postponement of the French Open’s start from May to September, and the cancellation of Wimbledon for the first time since World War II.