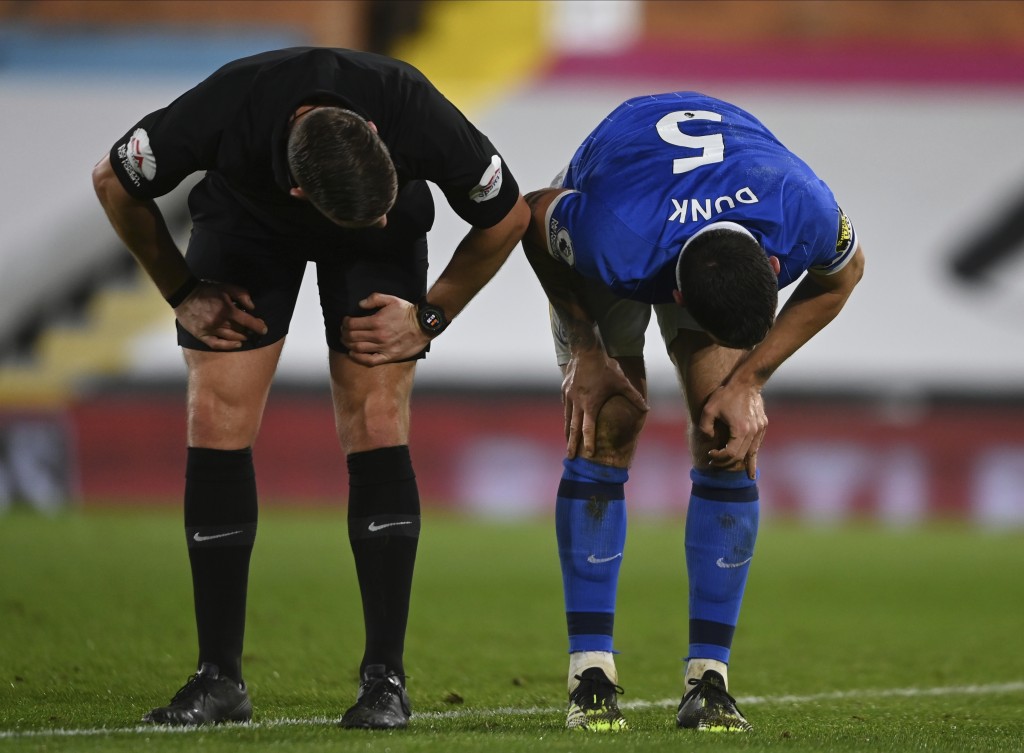 LONDON (AP) — Fulham moved out of the bottom three in the Premier League by securing a hard-fought 0-0 draw with Brighton on Wednesday.

Adam Lallana thought he had scored his first goal for Brighton since joining the club in the summer, but it was ruled out by VAR for a handball in the build-up.

Fulham went into the game having taken four points from its last three games — against Leicester, Manchester City and Liverpool — and another point against Brighton saw it move out of the relegation places on goal difference.

It was a cagey game of few chances, which resulted in just eight shots on target — four from each team — as neither side was able to find a decisive breakthrough.

Both were reduced to long-range efforts in the opening 20 minutes, with Yves Bissouma and Bobby De Cordova-Reid trying their luck, but both efforts were saved easily.

Roberto Sanchez, who replaced Mat Ryan in goal for Brighton, was forced into his first real save of the match in the 42nd minute to keep out a well-struck drive from Ivan Cavaleiro, with the following corner also tipped over the crossbar.

Brighton looked to have taken the lead at the start of the second half, with Lallana tapping the ball into the back of the net after Danny Welbeck controlled Solly March's cross. But the goal was ruled out by the video assistant referee for a handball by Welbeck.

Moments later, the game was stopped for another VAR review at the other end for a challenge from Adam Webster on Ademola Lookman, but nothing was given.

Webster’s close-range header bounced off the underside of the crossbar and away, before Sanchez made another good save in the 68th minute to deny Ruben Loftus-Cheek, who turned expertly from a throw-in to run at goal and get his shot away.