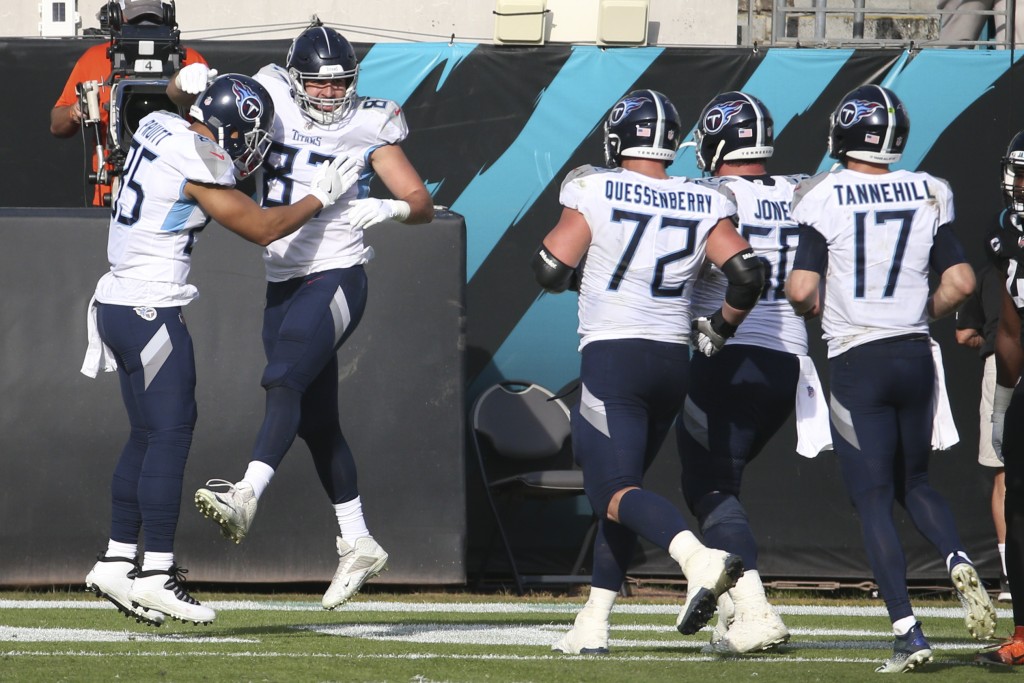 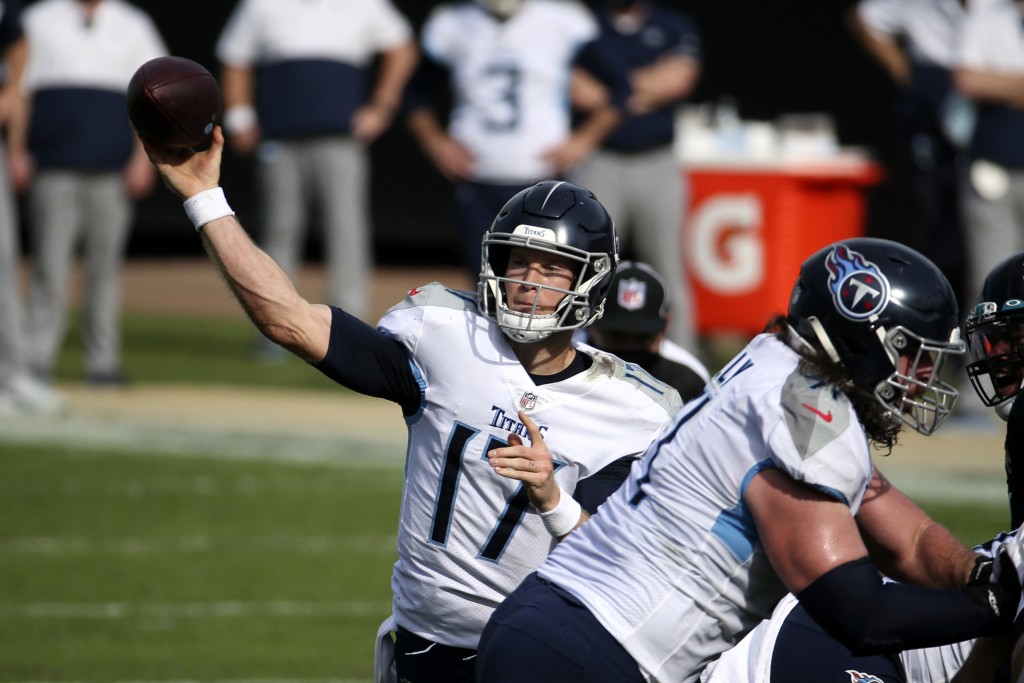 NASHVILLE, Tenn. (AP) — Ryan Tannehill has done his best to put to rest the idea that he's a one-hit wonder.

The 2019 AP NFL Comeback Player of the Year who led the league with a career-best 117.5 passer rating last year has followed up with another strong season. And Tannehill still has three games remaining as he tries to help the Tennessee Titans win their first AFC South title since 2008.

That March 2019 trade sending Tannehill from Miami to Tennessee certainly has been a great fit between quarterback and a talent-filled offense.

“When you have that combination of guys who want to win, want to find a way to get better, don’t get chewed up by the grind, but keep pushing through it and find a way to get better and play our best football late in the season, that mentality is contagious and has me coming to work excited each and every day," Tannehill said Wednesday.

Tannehill’s not leading the NFL in passer rating this season, but there’s been little fall-off in that category. He’s currently sixth at 108 and has had a passer rating of at least 100 the past four games — one off a franchise record.

He also has thrown a career-high 28 touchdown passes, tying him for sixth in the NFL with Buffalo’s Josh Allen. Tannehill has spread it around, too, with TD passes to nine different Titans.

With two more TD passes, Tannehill would join George Blanda (36 in 1961) and Warren Moon (33 in 1990) as the only quarterbacks in franchise history to have that many in a season. Tannehill has thrown at least one TD pass in 10 straight games.

Titans coach Mike Vrabel said he thinks they all appreciate Tannehill for his toughness and leadership.

“I go back to when he first got here,” Vrabel said. “He wanted to learn and figure out everything about the offense. Again, it’s a great example of being ready for your opportunity to take advantage of it. He studied. He came in and continued to grow, continued to build.”

The Titans turned to Tannehill in mid-October last season and gave him a four-year contract in March. Tannehill's relationship with coordinator Arthur Smith has grown along with his comfort level in both the offense and with his wide receivers and tight ends.

Tannehill has thrown for 3,209 yards and only five interceptions. His previous career low playing a 16-game season was 12 in in 2014 and 2015 in Miami. Tannehill also been sacked only 19 times thanks to quick decisions finding his target or simply throwing the ball away.

The Detroit Lions (5-8) get the next chance to defend Tannehill and the Titans on Sunday. Defensive coordinator Cory Undlin said play-action has been a key to the quarterback's success, and the Titans have a perfect balance going right now.

Defenses have to respect Derrick Henry and the other Titans running backs at the line, making it easier when Tannehill keeps the ball to throw, with his receivers getting separation.

“Now you’ve got a gap right there and he just throws it over your head in between the backers and the corners,” Undlin said. “It will be a great challenge for us, too, to make sure that after we compete and fight to slow this run game down, to not let them throw it over our heads.”