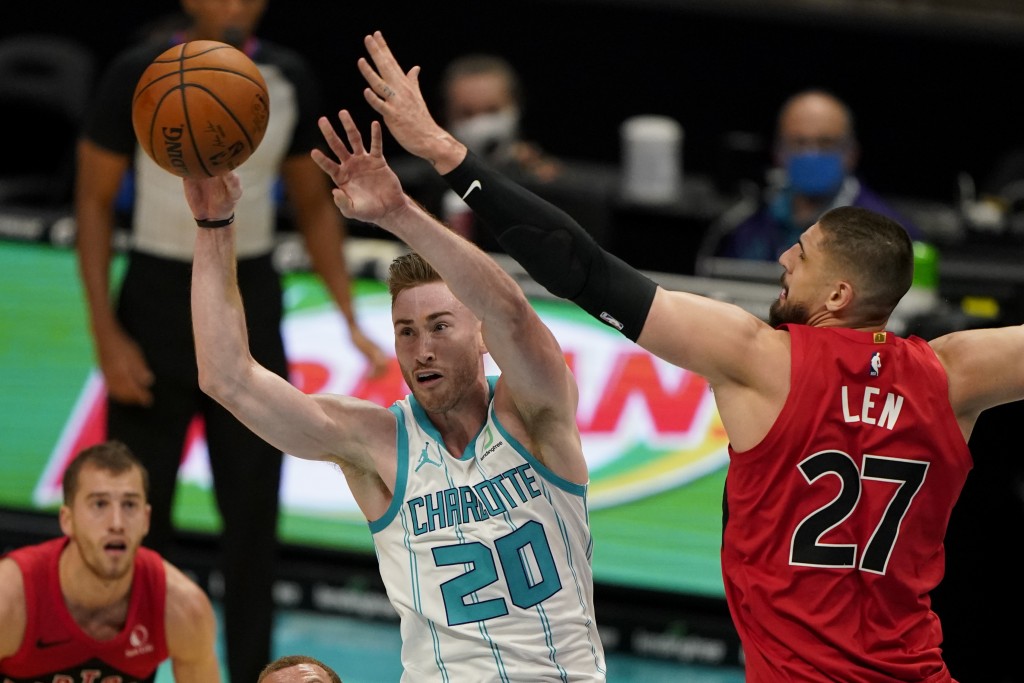 CHARLOTTE, N.C. (AP) — Hornets forward Gordon Hayward is listed as day to day after breaking the bone at the base of his right pinky finger.

The team says Hayward sustained an avulsion fracture of his fifth metacarpal on the right hand during the team’s preseason game against the Toronto Raptors on Dec. 14. Hayward will miss Thursday’s preseason game at Orlando but the Hornets say he will not need surgery.

The team says his return will be based on pain tolerance and comfort level.

The Hornets open the regular season Dec. 23 at Cleveland.

The 30-year-old Hayward signed a four-year, $120 million deal this the Hornets this offseason following a trade with the Boston Celtics. The 6-foot-7 forward appeared in 641 regular-season games with 479 starts during his 10-year career with the the Utah Jazz and Boston Celtics, averaging 15.3 points, 4.4 rebounds and 3.5 assists per game.

Hayward will start at small forward for the Hornets this season.