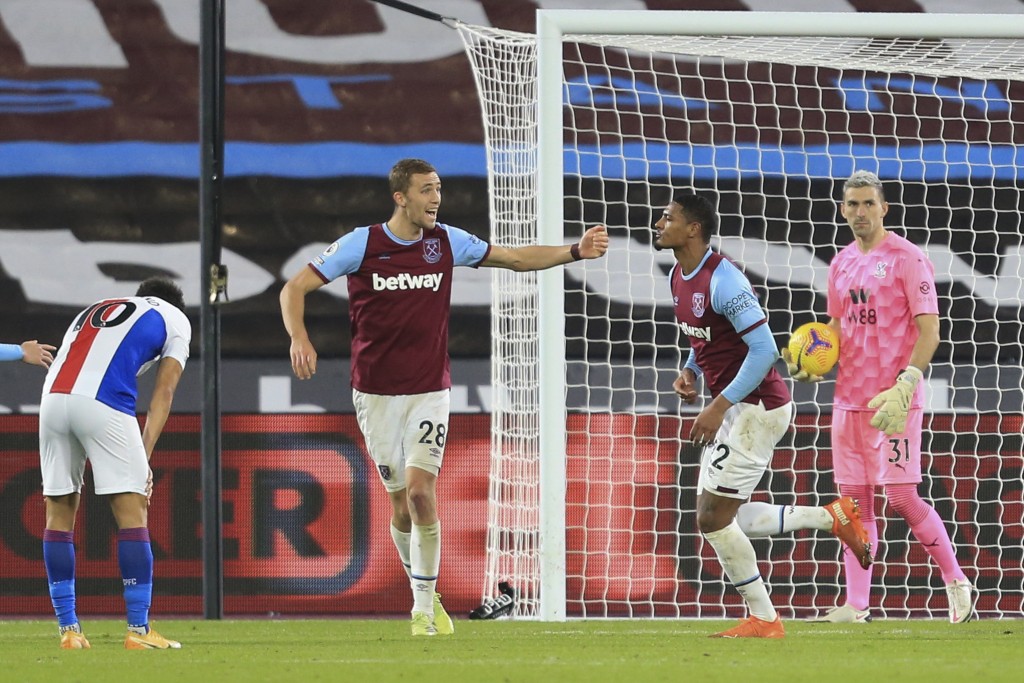 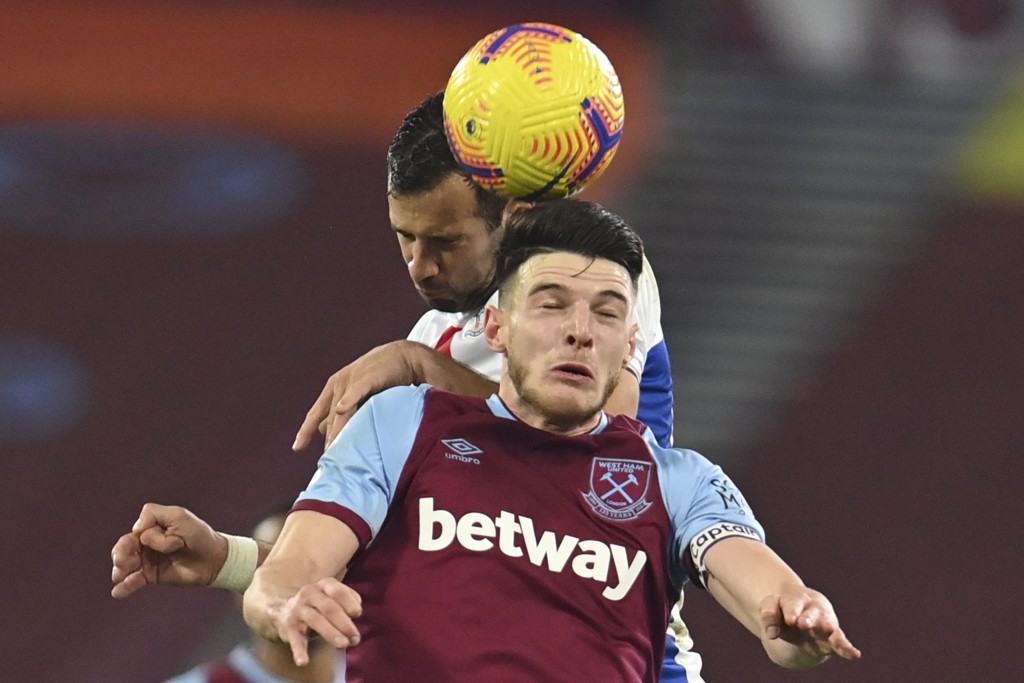 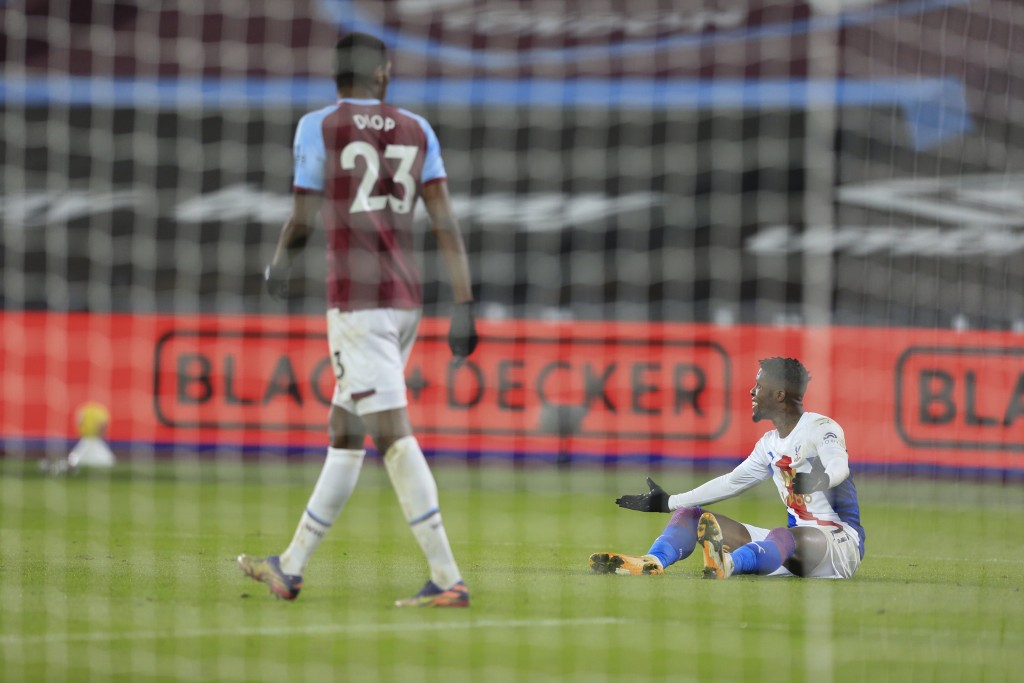 LONDON (AP) — Sebastien Haller scored with an acrobatic overhead kick to give West Ham a 1-1 home draw against Crystal Palace in the Premier League on Wednesday.

The striker met a cross from the right by leaping up in the air with his back to the goal and hammering a strike into the top of the net in the 55th minute. It canceled out a first-half opener by Christian Benteke, who was then sent off in the 70th for catching Tomas Soucek with his trailing arm as they went up for a header.

Palace had dominated the first half and Benteke missed an earlier chance when his header from four yards out went wide.

Instead Palace went ahead in the 35th minute when Joel Ward whipped in another cross from the right and Benteke got in front of Issa Diop to head home his third in three matches for the visitors.

Benteke missed a good chance for a second before the break for Palace when Andros Townsend danced into the area and laid the ball across goal. But the Belgium striker opted for a backheel finish and the ball went straight into the arms of Hammers keeper Lukasz Fabianski.

West Ham equalized 10 minutes after the interval in style through Haller, who has been struggling to lead the attack on his own in the absence of the injured Michail Antonio.

But he made his mark when Coufal crossed from the right, executing a superb bicycle kick which flew past Guaita and into the net.

Benteke had been booked in the first half for catching Angelo Ogbonna with a flailing arm and was shown a second yellow 20 minutes from time for the same indiscretion against Soucek.