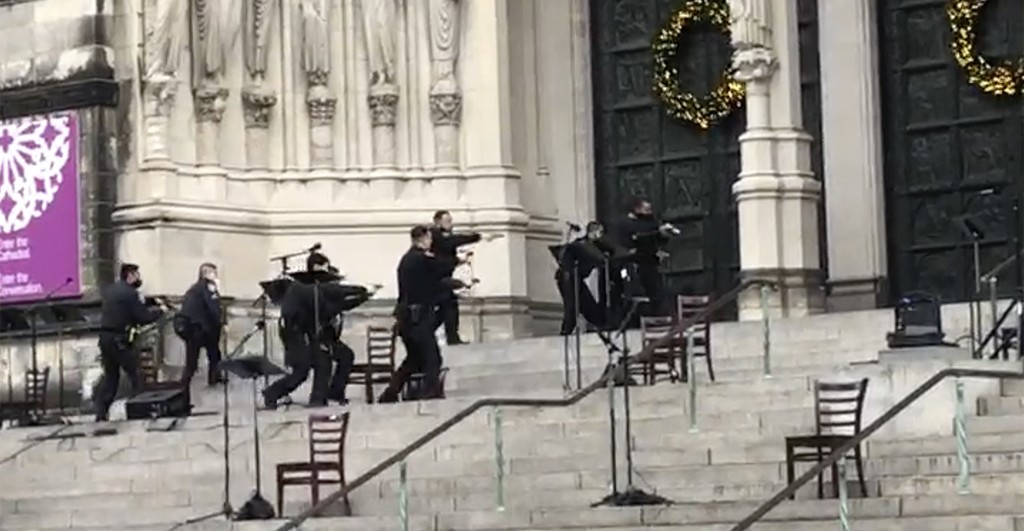 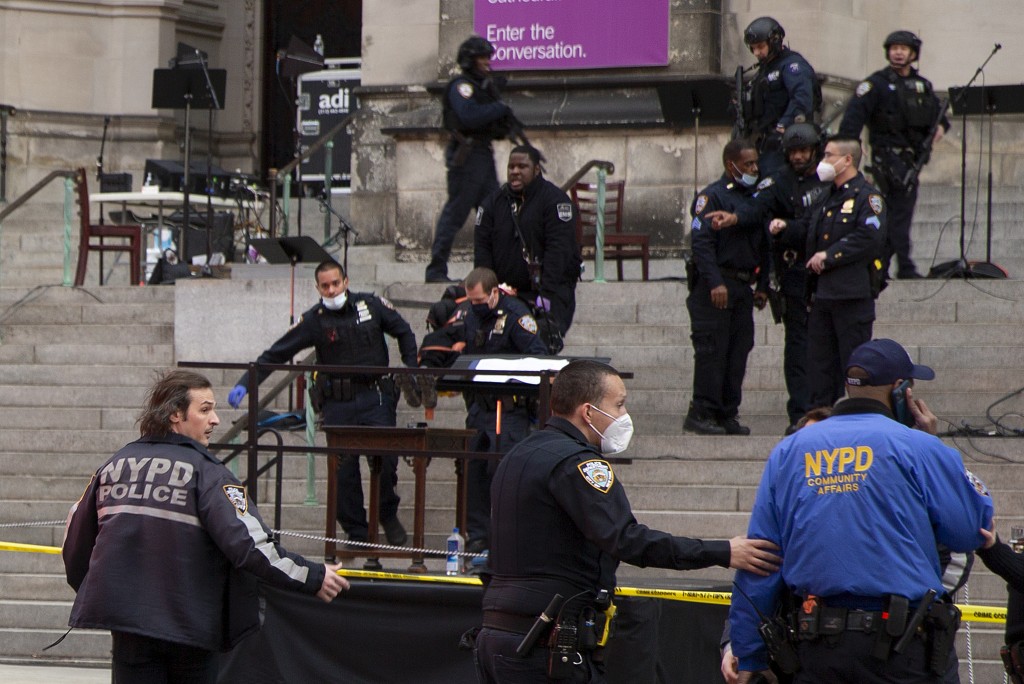 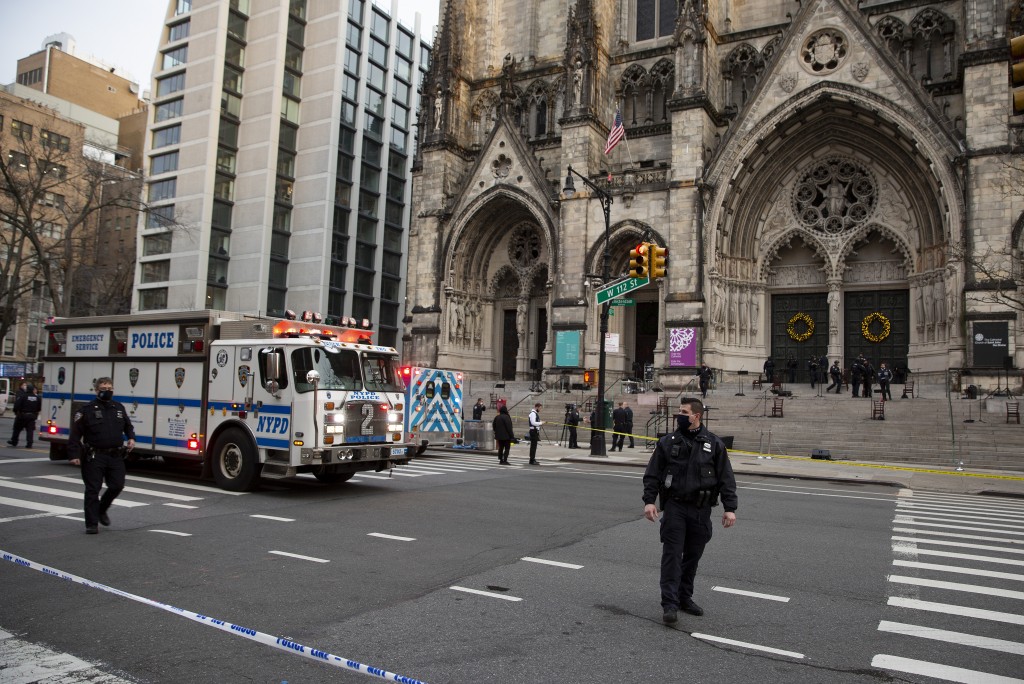 NEW YORK (AP) — The man killed by police Sunday after he opened fire on the steps of a landmark New York City cathedral had a note in his pocket that said he had planned to take hostages and use them as leverage to get U.S. aid for Latin America, a law enforcement official said Wednesday.

Luis Vasquez, 52, started shooting as people were leaving a Christmas choral concert that had just ended outside the Cathedral of Saint John the Divine in Manhattan, the mother church of the Episcopal Diocese of New York.

Witnesses said they heard Vasquez screaming, "Shoot me! Kill me!” as police officers at the event returned fire, killing him. No one else was injured.

In the note — which police found along with Vasquez’s two semiautomatic handguns and a backpack containing at least five lengths of rope, four lighters, tape, knives, a can of gasoline and a Bible — the gunman railed against the U.S. government’s treatment of Latin America.

He wrote of a U.S. regime that “has committed robbery and more against the people of Latin America,” according to the law enforcement official, who was not authorized to speak publicly and did so on condition of anonymity.

The note was first reported by NBC New York.

Vasquez, a native of the Dominican Republic who lived with his mother in the Bronx, wrote that the hostages he sought to take would not be harmed if the U.S. government, financial institutions and other entities met his demands to provide money to impoverished people in Latin America.

Vasquez, dressed in black with his face obscured by a white baseball cap and a face mask bearing the Dominican flag, held a silver pistol in one hand and a black one in the other as he stepped from behind a stone column at the top of the staircase and started firing. It wasn’t clear if he was aiming at people or firing in the air.

In the note, the law enforcement official said, Vasquez wrote he did not expect to make it home. Investigators are looking into whether he was intending to be killed by police gunfire. Given the contents of his backpack and the note, they are also studying whether he was intending to use the rope and tape to bind hostages and possibly set them on fire if his demands weren’t met.

“I think we can all surmise the ill intentions of the proceeds of this bag,” Police Commissioner Dermot Shea said at a news conference on Sunday.

Investigators are still trying to figure out why Vasquez targeted Saint John the Divine. One of the world’s largest cathedrals, the church has hosted high-profile events over the years including memorial services for choreographer Alvin Ailey and puppeteer Jim Henson, and speakers including South Africa’s Nelson Mandela and Archbishop Desmond Tutu.

Vasquez’s sister told The New York Times that he grew up near the church. She said a stint in prison in the 1990s — following a string of arrests and a guilty plea to charges he shot at a woman and police officers — had done damage to his mental health.

“After he came out of jail, he was not the same,” Maria Vasquez-Montalvo told the Times. This year, being in isolation because of the coronavirus pandemic, she said, “he just lost it. But my brother is no terrorist.”