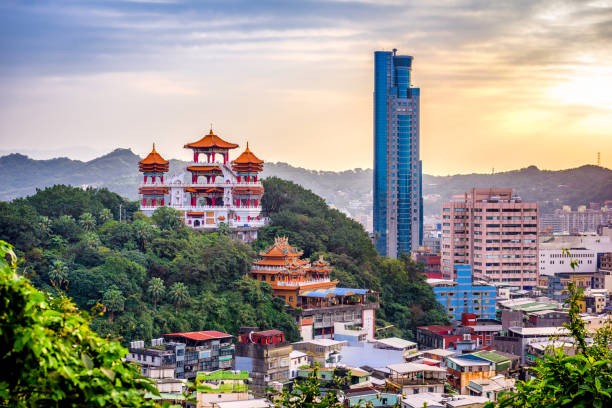 KAOHSIUNG (Taiwan News) — If you had been told a year ago that a name likely to go down in the history of 2020 was Margaret Keenan, a 90-year old woman from Coventry in the United Kingdom, then you may have had understandable reservations.

But last week, Keenan became the first person in the world to receive a safe and approved vaccine for the Wuhan coronavirus. COVID-19 originates in the Chinese Communist Party (CCP) controlled country of China and has killed more than 1.5 million people worldwide, decimating the global economy.

Keenan’s vaccination, which took place at 6.30 a.m. U.K. time on Dec. 8 provided a glimmer of hope across much of the planet that the era of lockdowns, the closure of shops and hospitality, mass unemployment, and the fear of death from an untreatable disease was coming to an end. U.K. Prime Minister Boris Johnson is already talking about life returning to normal as soon as April.

Such a reaction may surprise some here in Taiwan where, despite what the KMT and their pro-CCP acolytes might like to suggest, Wuhan coronavirus has largely passed us by. With the exception of briefly closing schools after the Lunar New Year holiday, life in Taiwan has continued very much as normal.

Shops and businesses have remained open, people have been free to move around as they wish, and COVID cases have been rare and managed swiftly and decisively when they have broken out. With the exception of not being able to travel overseas easily, it would be quite easy to look at Taiwan and assume there was no global pandemic at all.

If the vaccines do prove effective, it is fair to assume that by the middle of 2021, life will be returning to something approaching normality in other countries around the world. When it does, the fallout from this seismic event will begin in earnest.

In the 21st century, when something goes wrong, we always need someone to blame. Inquiries will take place in most countries around the world to assess what happened, how the authorities reacted, who was to blame for mistakes that were made, and what we can do better should a similarly devastating pandemic break out again in the future.

These inquiries provide Taiwan with a huge opportunity.

Earlier this week, we highlighted the story of Eric Feigl-Ding, a senior fellow at the Federation of American Scientists in Washington DC. He posted a tweet last Tuesday comparing Taiwan’s Wuhan coronavirus stats with those of the U.S. state of Florida. Despite having comparable-sized populations, Feigl-Ding noted that Taiwan has recorded just 740 cases and seven deaths compared to Florida which has had 795,000 cases and 16,647 deaths.

There are many different reasons why this is the case, but Feigl-Ding focuses on leadership and in particular the vital role that former Vice-President Dr. Chen Chien-jen (陳建仁) has played in Taiwan’s successful handling of the pandemic. The fact of the matter is that Taiwan has proved itself a world leader when it comes to public health and leading its sizable population through a global pandemic relatively unscathed.

Cases and deaths here are negligible, life has continued pretty much as normal, and the economic impact has been far less severe than almost any other country. Taiwan is a global success story and we need to be shouting this from the rooftops.

When the international inquiries begin, Taiwan needs to be sure that its officials, its public health experts, and in particular Dr. Chen are at the front of the queue to give evidence. They need to highlight why Taiwan has handled the pandemic so successfully and what lessons other countries large and small can learn from Taiwan’s success.

The fact is that Taiwan has much to teach the world and once the initial outbreak is in hand, the world is likely to be eager to listen. No-one wants to have to go through a crisis like this again.

There are a number of clear reasons why it is in Taiwan’s interests to make as much of a fuss about this as possible on the global stage.

Firstly, such engagements will serve to raise Taiwan’s profile as a responsible, dependable, and competent player on the international stage. It is a country willing to share its expertise with the world and capable of showing leadership when it is needed most.

Secondly, seeing the world take heed of Taiwan’s advice and lessons on handling a pandemic will make a total mockery of its continued exclusion from the World Health Organization (WHO). "Taiwan Can Help" is not just a marketing device, it is a statement of fact, one that will be proven by the involvement of Taiwanese officials in international inquiries across the world, and one that sooner or later the WHO has to take seriously.

Lastly, and perhaps most importantly, Taiwan can help the world understand where the real finger of blame for COVID and the global devastation it has caused lies — the CCP. Taiwan warned the WHO as early as December the virus was loose in China. These warnings were ignored.

One of the main reasons for Taiwan’s success in managing the disease was the government’s inherent skepticism of the early lies, propaganda, and cover-ups of the CCP. The Chinese government appears to have knowingly allowed its people to travel abroad with the disease even while restricting domestic travel.

This disbelief of the CCP regime’s lies proved well-founded and has doubtless saved many thousands of Taiwanese lives. When the dust has settled, there should be consequences for the CCP, which is responsible for inflicting the pandemic on the world.

Taiwanese officials can ensure the truth is heard around the world and that no country ever looks upon the CCP in the same light again.