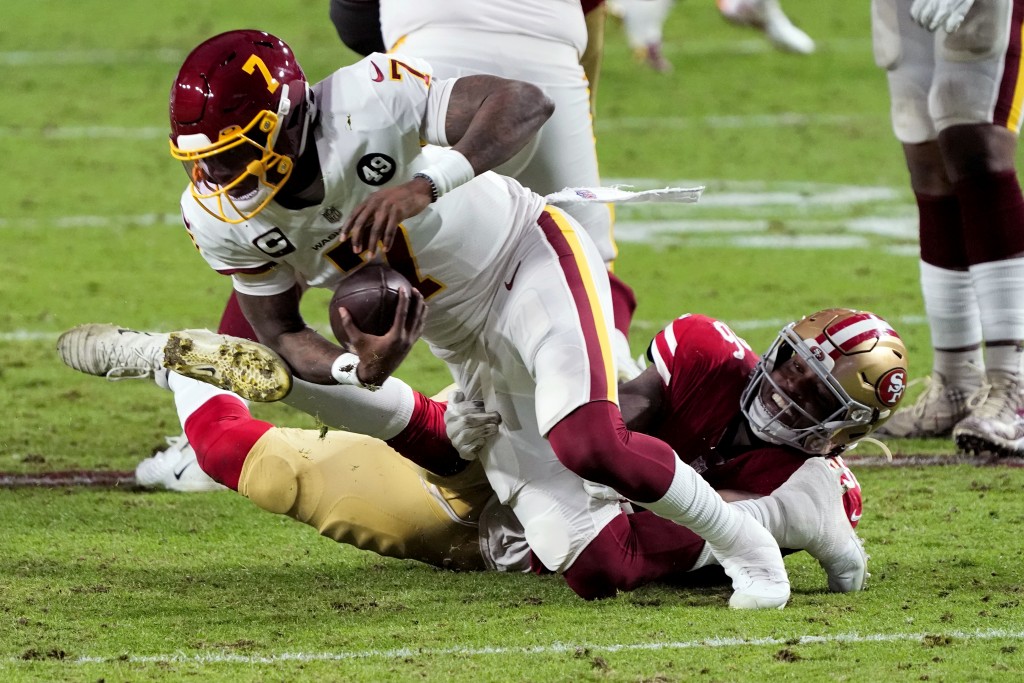 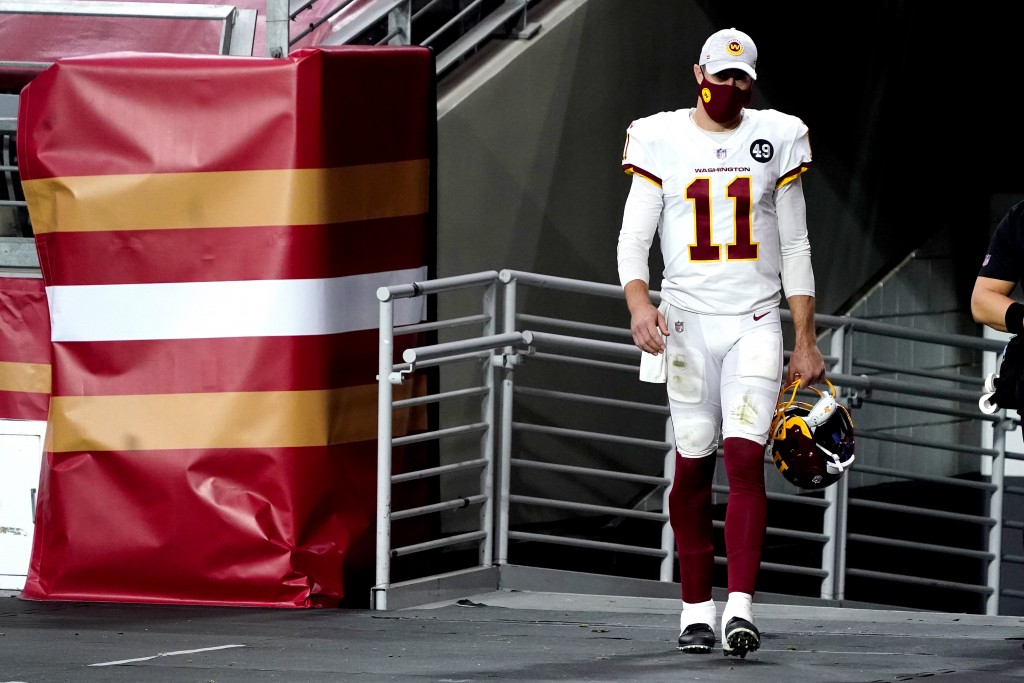 WASHINGTON (AP) — Alex Smith’s right calf injury kept him out of practice for Washington on Wednesday and coach Ron Rivera said he’d be OK with waiting until just before the team's next game before deciding who to start at quarterback.

The team said Dwayne Haskins, the 15th overall choice in the 2019 draft, took snaps with the first-team offense during a practice held indoors and closed to the media.

Washington has won four games in a row to improve to 6-7 and lead the NFC East. Rivera's club hosts the Seattle Seahawks (9-4) on Sunday.

Haskins began the season as Washington's starting QB, but he was benched after four games and three consecutive losses.

He initially was replaced by Kyle Allen, who then got injured, allowing Smith to take over and start for the first time in two years. Smith gruesomely broke his right leg in two places during a game in November 2018, then needed 17 operations.

Smith said the calf problem that affected him during Sunday's 23-15 victory against the San Francisco 49ers is not related at all to that previous leg injury. Smith left that game just before halftime and Haskins took over.