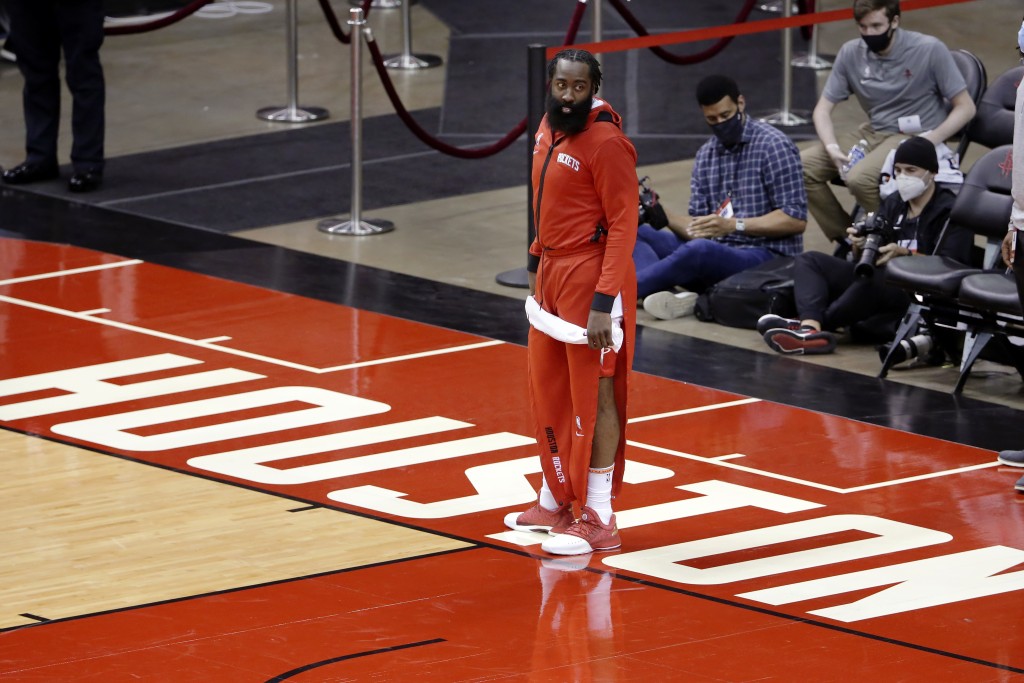 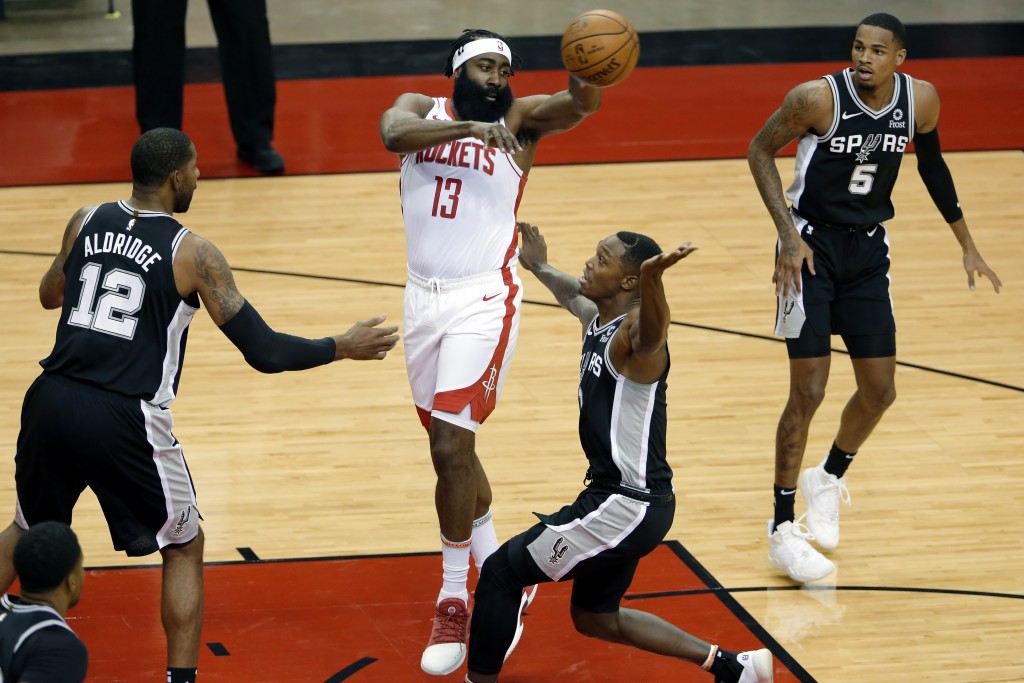 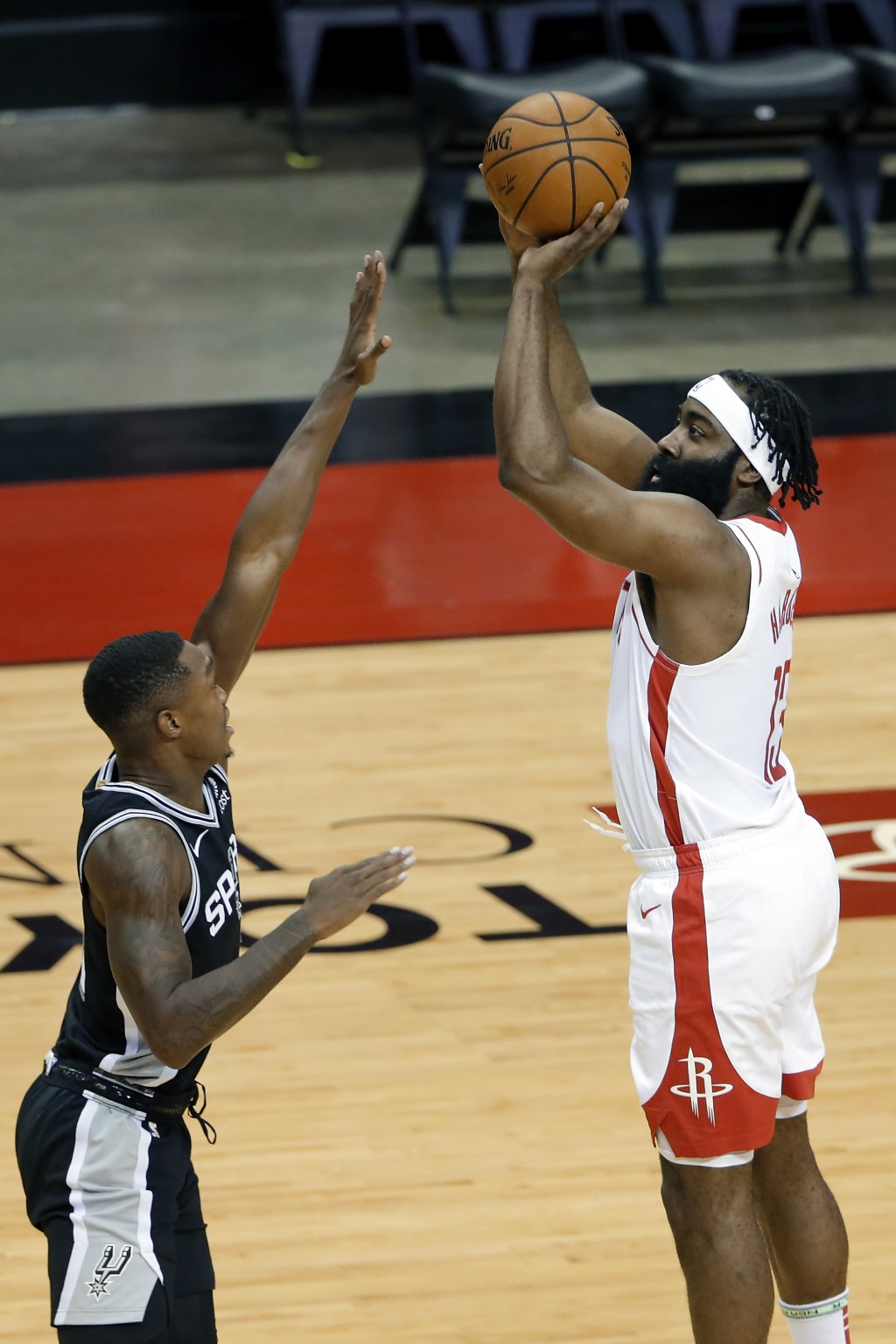 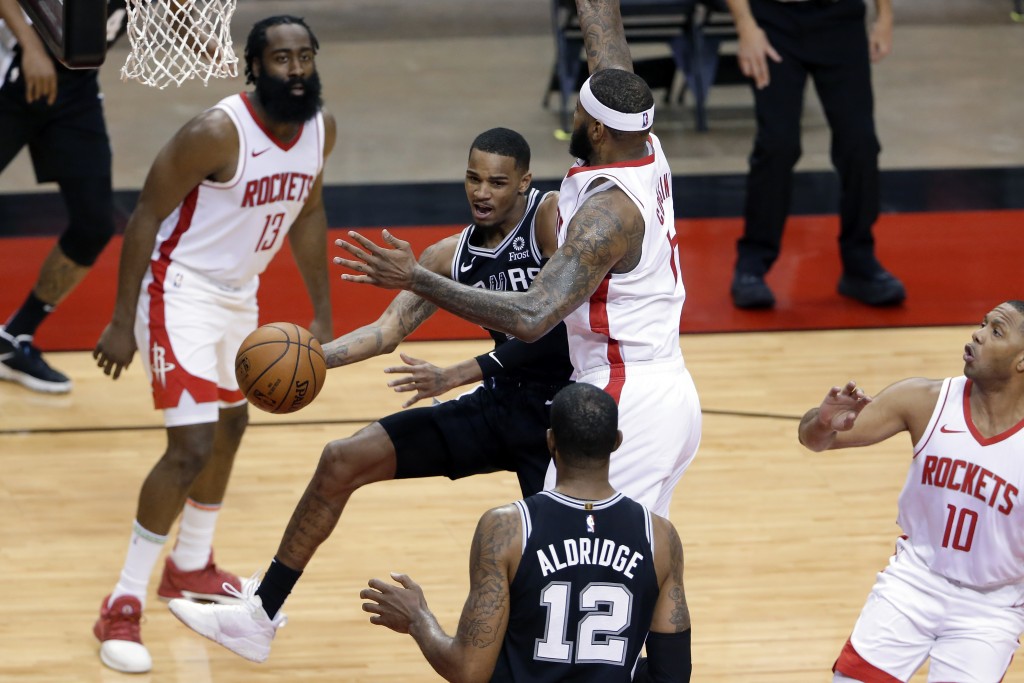 HOUSTON (AP) — Given the chance to address months of speculation that he wants to be traded from the Houston Rockets, James Harden sidestepped questions more deftly than he shakes defenders with his signature step-back.

The disgruntled superstar spoke to the media on Wednesday for the first time since reporting late to camp amid reports that he wants out of Houston. Harden, who made his preseason debut Tuesday night, was asked directly if he wants to be traded.

“Right now, I’m just focused on being here,” he said. “Today was good. Yesterday it felt really good being out there for the first time since the bubble.”

While the rest of the Rockets were in Houston for the start of training camp earlier this month, Harden was photographed at rapper Lil Baby’s birthday party in Atlanta and at a nightclub in Las Vegas.

The Beard was asked what message he was sending to the team by jaunting around the country when he should have been at practice.

“I was just training,” he said.

“The start of the NBA season,” he said.

Reporters continued to press Harden about how being in Atlanta and Vegas could prepare him for the season and he answered: “Just, you know, my personal trainers.”

The exchange was a curious one, especially considering Harden appears to be in worse physical condition than he was during Houston’s last playoff game. Social media went wild with jokes about his apparent weight gain after he was seen in uniform Tuesday night for the first time in months.

Speculation about Harden’s future has put a cloud over the Rockets since they reported for camp and new coach Stephen Silas seems to have grown weary of answering the same questions about his star.

Harden brushed off the suggestion that the trade rumors could be a distraction for the team.

“Since I’ve been here there’s nothing that’s being said about it. ... I’m just preparing for the season so that’s all that matters,” he said.

Harden was traded to the Rockets from Oklahoma City in 2012 in a deal orchestrated by former general manager Daryl Morey. Now that Morey is gone to the 76ers, Harden was asked about his relationship with new GM Rafael Stone.

His answer didn’t sound encouraging for those hoping to see Harden stick around.

“We haven’t had a conversation,” he said.

As for Silas, the coach said he doesn’t have a clearer idea of what Harden wants now that he’s back with the team.

“If we exactly knew ... where his head was, that I think would be good for everybody,” Silas said. “But we’re dealing in reality which is things change on a day-to-day basis. Things change on a game-by-game basis. And as I said before, my job is to coach this basketball team and make sure that the guys are put in the right position.”

While Harden wouldn’t address his future, he was complimentary of Silas and his staff.

“There’s a lot of changes,” Harden said. “The entire coaching staff, some of the front office, a lot of the players. And this is where we are. So, coach has done an unbelievable job of just communicating with guys and just putting the structure in and getting things going.”

The question is whether Harden will still be a part of the team when they do.