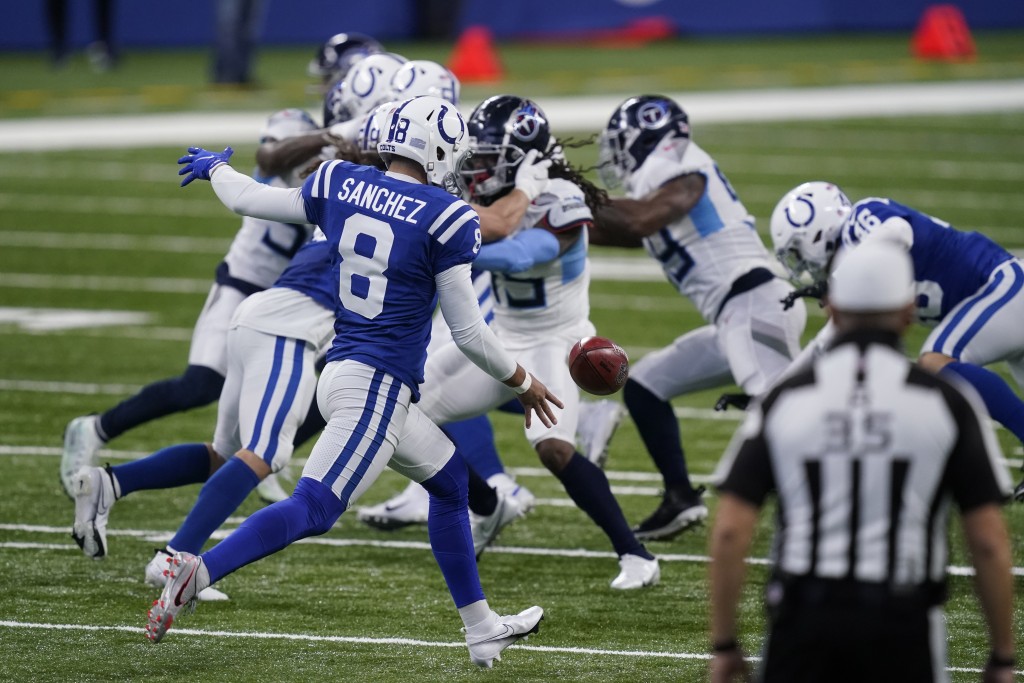 It's unclear whether he will play Sunday against Houston though coach Frank Reich said he remains hopeful Sanchez will play.

Indy (9-4) used Ryan Allen the past two weeks and he punted six times for a 46-yard average with a net average of 36.7 yards.

Sanchez is averaging 47.2 yards this season with a net of 40.6. In his most recent game, which came following the diagnosis but before surgery, he punted five times for an average of 50.8 yards in a loss to Tennessee.

The Titans and Colts are tied atop the AFC South.