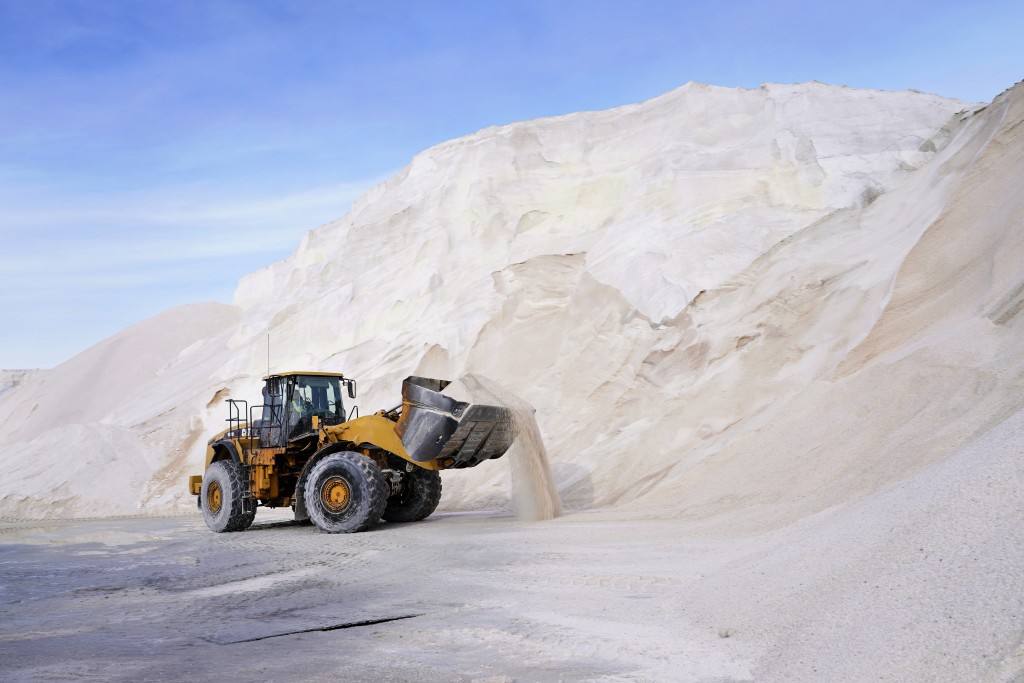 NEW YORK (AP) — The Northeast girded Wednesday for a major snowstorm at a key moment in the coronavirus pandemic, days after the start of the U.S. vaccination campaign and in the thick of a virus surge that has throngs of people seeking tests per day.

The storm was poised to drop as much as 2 feet (0.6 meters) of snow in some places by Thursday, and the pandemic added new complexities to officials' preparations — deciding whether to close testing sites, figuring out how to handle plowing amid outdoor dining platforms in New York City streets, redefining school snow days to mean another day of learning from home, and more.

“Our theme today ought to be, ‘If it’s not one thing, it’s another,’” New Jersey Gov. Phil Murphy said as he gave residents storm guidance that's new this year — mask up if you help your neighbors shovel.

Still, officials said they didn't expect the winter blast to disrupt vaccine distribution, which began Monday for frontline health care workers, the first group to Americans to get the shots. The first 3 million shots are being strictly limited to those workers and to nursing home residents.

U.S. Health and Human Services Secretary Alex Azar said Wednesday that the government is tracking the vaccine shipments precisely, has staffers already in place to receive them and believes the companies transporting them can navigate the storm.

“This is FedEx, this is UPS express shipping. They know how to deal with snow and bad weather. But we are on it and following it," he told Fox News Channel’s “Fox & Friends.”

With 35 vaccine deliveries to New Jersey hospitals expected over the next day or two, Murphy said his administration was focused on making sure they continued, including by exempting vaccine delivery trucks from a storm-related prohibition on commercial traffic on some highways. New York Gov. Andrew Cuomo said his state's first-round vaccine shipment had already been distributed to some 90 hospitals, with the next delivery not due until roughly Tuesday, well after the storm.

The National Weather Service said the storm was “set to bring an overabundance of hazards from the mid-Atlantic to the Northeast,” including freezing rain and ice in the mid-Atlantic, heavy snow in the New York City area and southern New England, strong winds and coastal flooding, and possibly even severe thunderstorms and some tornadoes in North Carolina's Outer Banks.

The heaviest snowfall was expected in central Pennsylvania, the weather agency said, but some areas from West Virginia to Maine could get a foot (0.3 meters) of snow — for some, more than they saw all last winter. In New York City, officials braced for the biggest storm in about three years.

In addition to the usual rolling out of plows and salt spreaders, the nation's most populous city was adding some pandemic-era preparations to its list, such as closing city-run testing sites Wednesday afternoon and suspending outdoor dining in the sometimes elaborate spaces that now occupy parking spaces outside some restaurants.

The eateries aren’t being required to break down their wooden enclosures and other structures for outdoor dining, currently the only form of restaurant table service allowed in the city. But they are being told to secure outdoor furniture, remove heaters and take other steps to make way for plows. The city's snow-removal chief, Acting Sanitation Commissioner Ed Grayson, said the agency had been planning and training since summer to maneuver around the structures.

In Rhode Island, Gov. Gina Raimondo suspended the scheduling of coronavirus tests for Thursday and said some outdoor testing sites may close, though others will remain open.