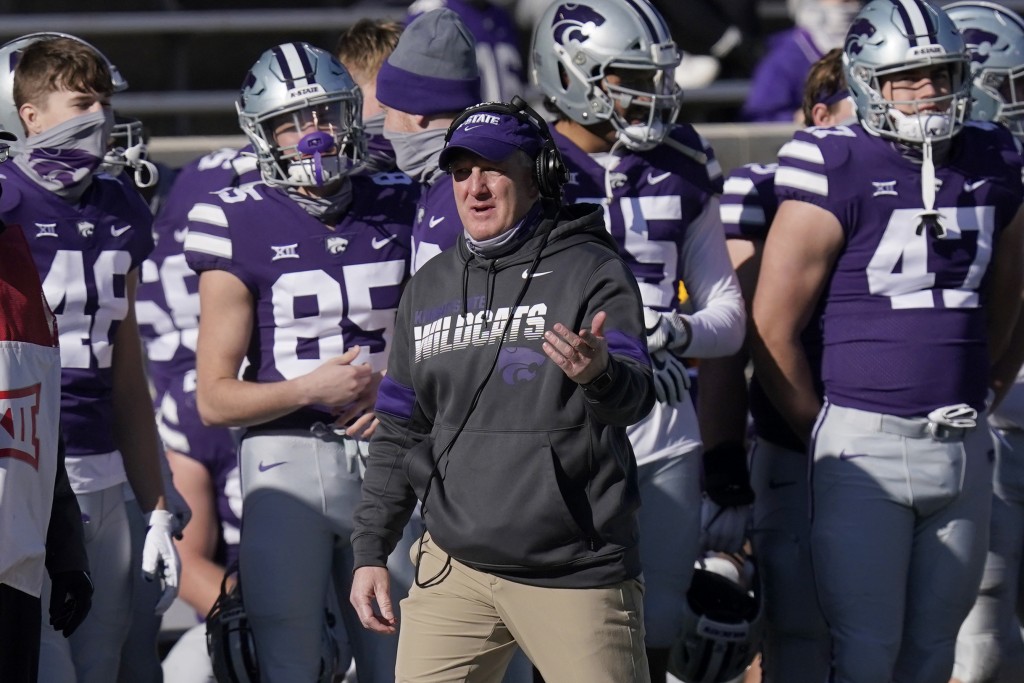 Kansas State became the latest team to withdraw from bowl consideration Wednesday when the school paused all football activities indefinitely amid an outbreak of positive COVID-19 tests and contact tracing that would have prevented them from fielding enough players to play.

The First Responders Bowl was the likely destination for the Wildcats, who beat then-No. 3 Oklahoma on the road early in the season but slid to a 4-6 finish after losing quarterback Skylar Thompson and several other players to injuries.

Kansas State lost its last five games but was in line for a bowl game because it finished seventh in the Big 12. The NCAA has also waived minimum wins required for bowl eligibility.

"It certainly is a bittersweet ending to the season, but playing 10 regular-season games throughout all of this uncertainty was nothing short of a miracle,” Wildcats coach Chris Klieman said. “This season was difficult and frustrating, but I think it is also one that we will remember for the rest of our lives.”

Klieman had hoped to play in a bowl game because of the extra month of practice it would have given his team.

The Wildcats are the first Big 12 team to withdraw from bowl consideration. Three Atlantic Coast Confernce teams — Boston College, Pittsburgh and Virginia — have also announced they will not participate in a postseason game. Neither will Stanford in the Pac-12.

More than 125 games since late August have been postponed or canceled because of the pandemic, including the Frisco Bowl scheduled for Saturday when SMU withdrew because of an outbreak within the Mustangs' program. Its opponent, UTSA, switched to the First Responders Bowl — likely against Kansas State before its own outbreak.

The Frisco Bowl is among a dozen bowl games that have been canceled. The Redbox, Hawaii, Bahamas, Holiday, Quick Lane, Pinstripe, Sun, Fenway, Celebration, Las Vegas and LA bowls also shut down for the 2020 season.