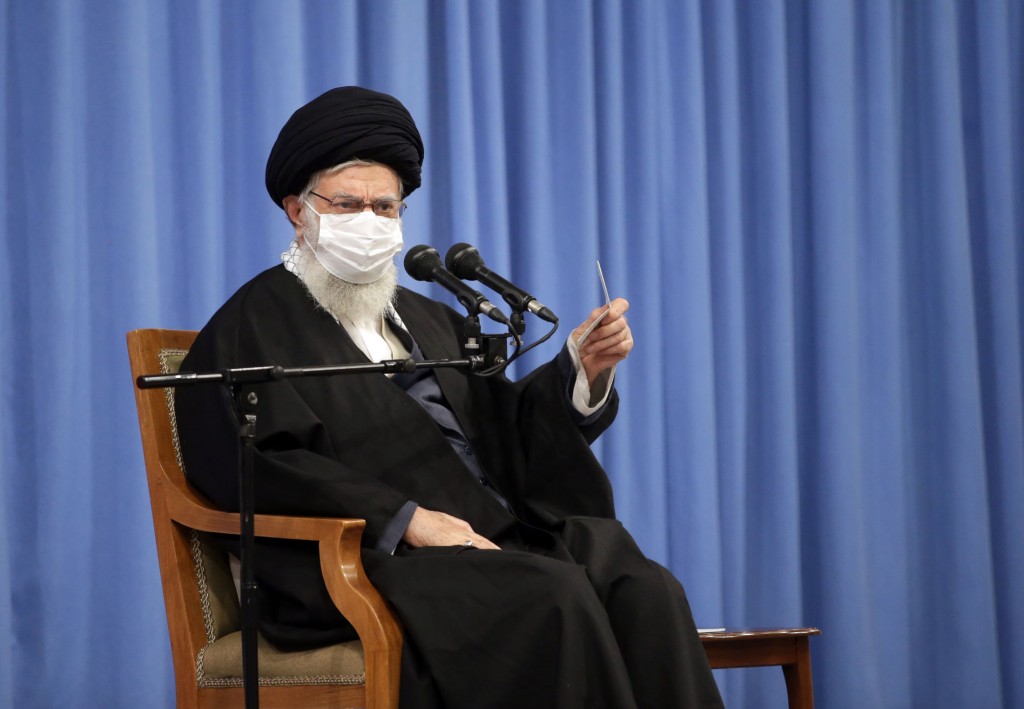 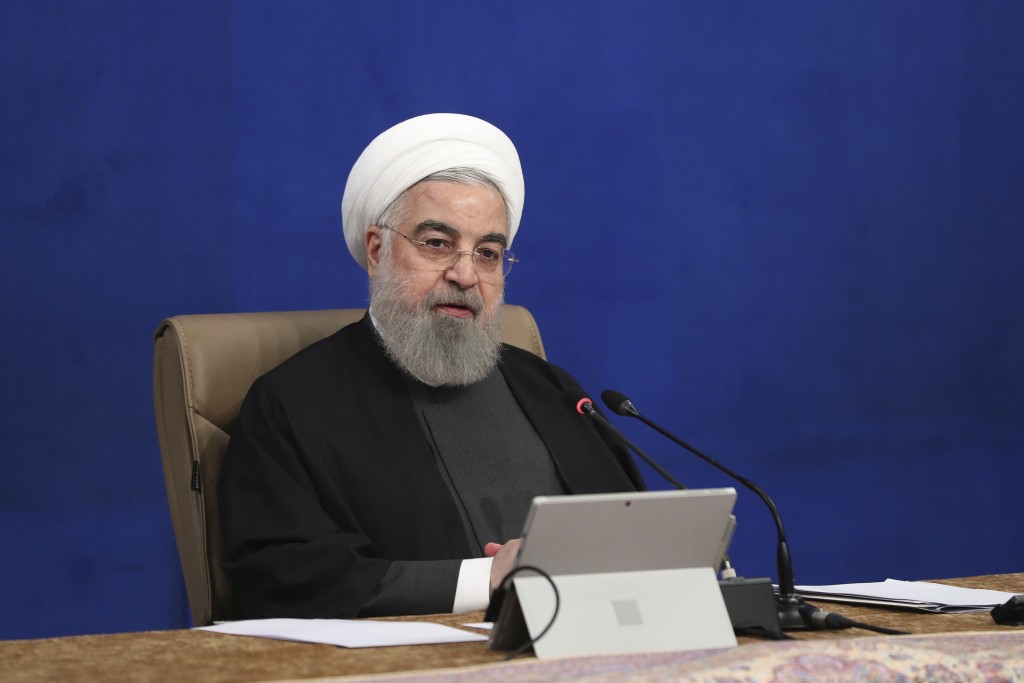 TEHRAN, Iran (AP) — Iran's supreme leader and the country's president both warned America on Wednesday that the departure of President Donald Trump does not immediately mean better relations between the two nations.

The remarks come as Iran approaches the first anniversary of the U.S. drone strike that killed Revolutionary Guard Gen. Qassem Soleimani in Baghdad, an attack that nearly plunged Washington and Tehran into an open war after months of tensions.

Supreme Leader Ayatollah Ali Khamenei spoke in Tehran at the Imam Khomeini Hosseinieh, or congregation hall, where he attended a meeting with Soleimani's family and top military leaders. They all sat some 5 meters (16 feet) away from the 81-year-old Khamenei, who wore a face mask due to the coronavirus pandemic that is still raging in Iran.

Earlier in the day, Rouhani, speaking during a Cabinet meeting, made a similar point to criticize Trump — at one point even saying the U.S. president “has committed so many crimes, he was an assassin and a terrorist.”

“Some people say, ‘You are excited for Mr. Biden’," Rouhani said. "No, we are not excited Mr. Biden is taking office, but we are very happy Mr. Trump is gone.”

“The upcoming American administration can choose what to do,” Rouhani said. “The path is open. It’s up to them if they are grateful or ungrateful. If they want the right path, it’s ready. If they want the wrong path, that one is ready for them as well.”

Biden has suggested the U.S. could rejoin Tehran's 2015 nuclear deal with world powers, from which Trump unilaterally pulled America out of in 2018 and imposed harsher sanctions on Iran. That decision marked the start of increased tensions between the two countries as Iran abandoned uranium enrichment limits and the Mideast saw a series of escalating incidents and attacks.

In response to Soleimani's death, Tehran launched a ballistic missile attack that injured dozens of U.S. troops in Iraq. That same night, it also mistakenly shot down a Ukrainian airliner taking off from Tehran, killing all 176 people on board.

Hoping to pressure Europe, Iran's parliament recently passed a bill calling on Tehran to increase its uranium enrichment to 20%, a short technical step from weapons-grade levels, and to throw out international inspectors. Rouhani's government has opposed the bill, exposing a rift inside Iran's civilian government0that the supreme leader appeared to touch on in his speech Wednesday.

“Resolve your disputes by negotiating with each other," Khamenei said. "Are you not saying that we should negotiate with the world, is it not possible to negotiate and resolve disputes with the internal element?”