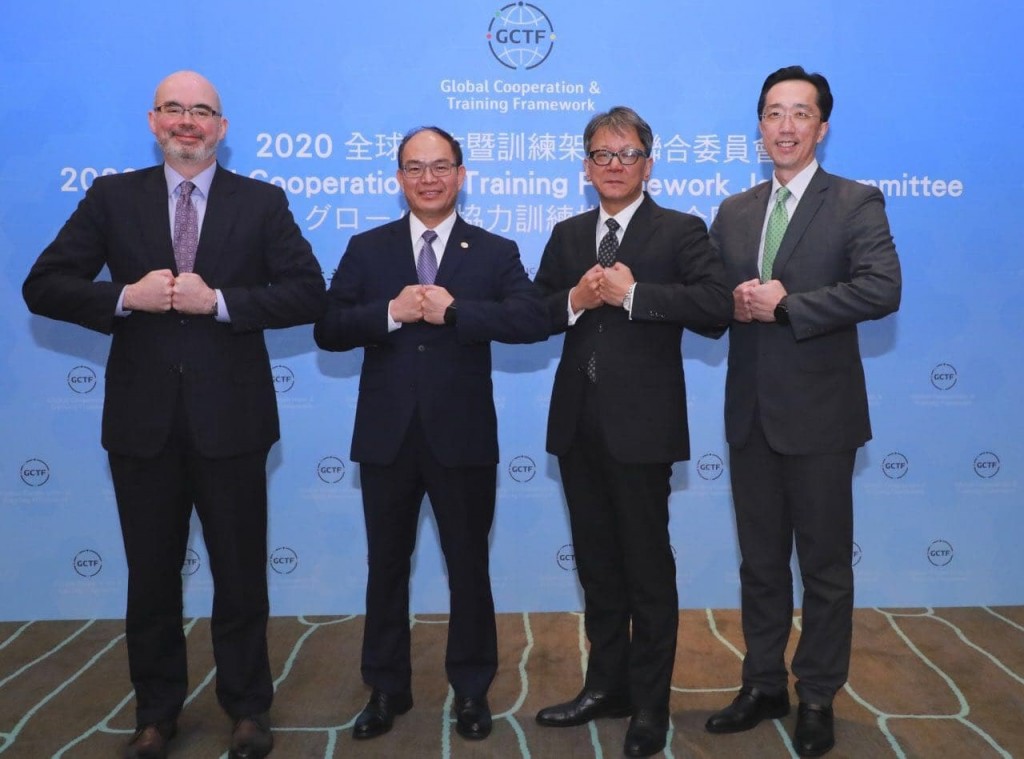 TAIPEI (Taiwan News) — American and Japanese diplomats joined Taiwanese officials on Tuesday (Dec. 15) to talk about areas of cooperation ranging from public health to artificial intelligence to focus on in the coming year.

The discussions were held under the Global Cooperation and Training Framework (GCTF), which was initiated by Taiwan and the U.S. in 2015. Japan joined the initiative as a full partner in 2019.

“During the meeting, representatives from the United States, Taiwan, and Japan reviewed the accomplishments from this year’s GCTF activities and exchanged views on priority areas of cooperation for 2021,” the committee issued in a statement. The meeting was led by Taiwanese Deputy Foreign Minister Harry Tseng (曾厚仁), Deputy Director of the American Institute in Taiwan Raymond Greene, and Japan's Deputy Representative to Taiwan Yokochi Akira.

Through the GCTF, the three countries continue to expand professional cooperation with like-minded countries, the statement said. “Next year, we plan to host GCTF workshops in the areas of public health, law enforcement, disaster prevention and mitigation, renewable energy, and workforce and artificial intelligence.”

A website dedicated to the framework was launched on Tuesday. In addition to posting all the information related to the initiative, the website serves as a platform for participants to connect with each other after GCTF events, according to the statement.

As many as 29 workshops on a wide array of topics have been organized under the auspices of the GCTF over the course of the five years, some of which were co-hosted by Australia, Guatemala, and the Netherlands. According to the statement, 1,600 government officials and experts have participated in the workshops, exploring ways to improve their pandemic response, media literacy, and women’s economic empowerment, among many other regional and international issues.