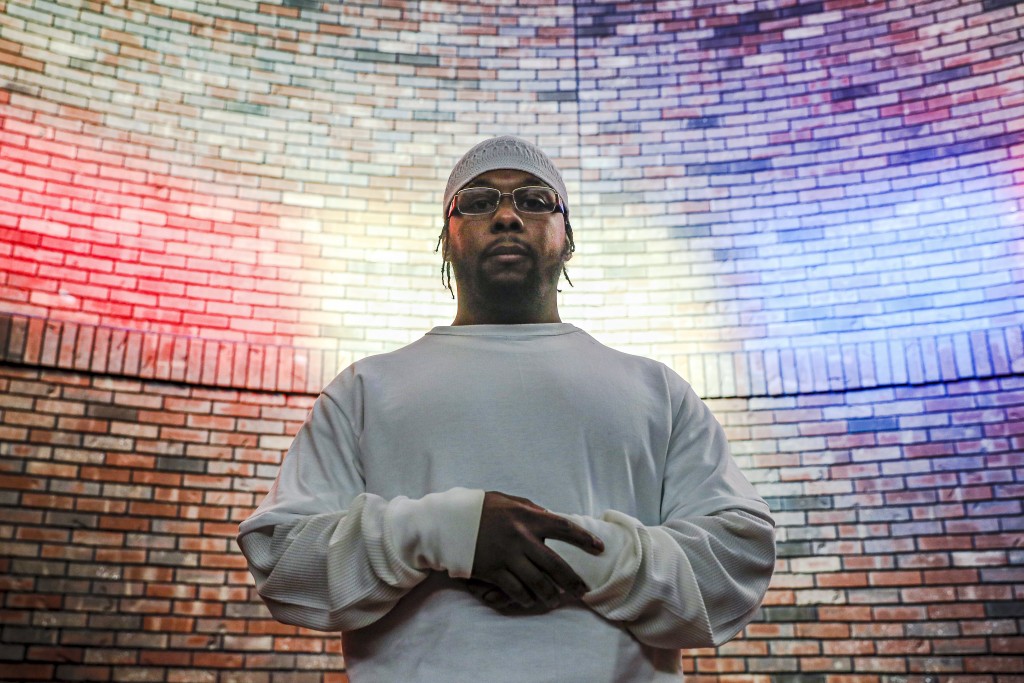 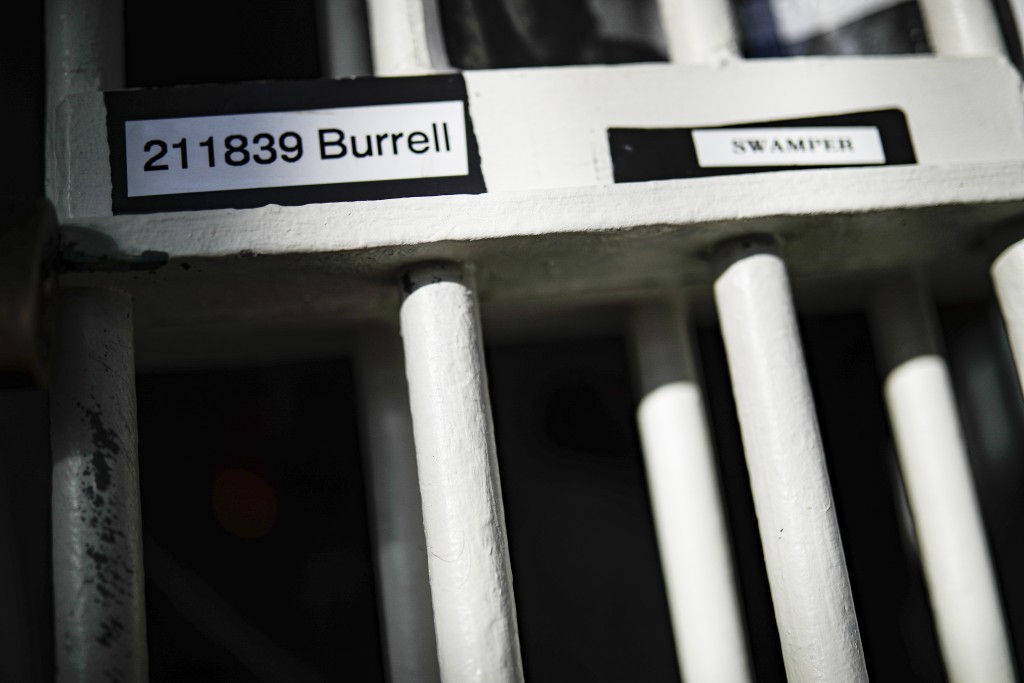 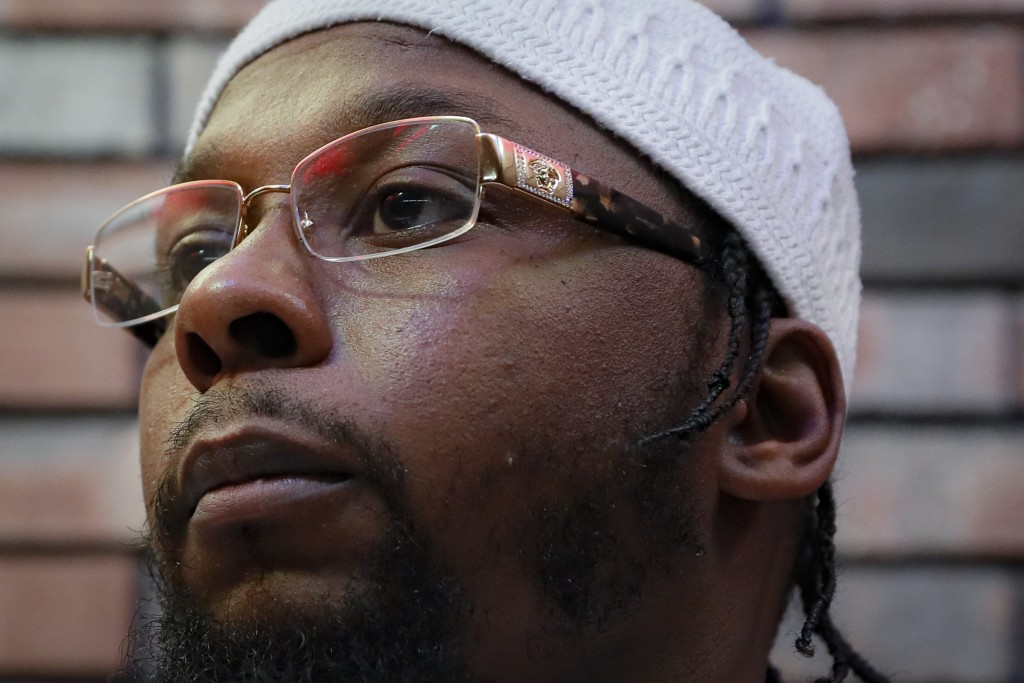 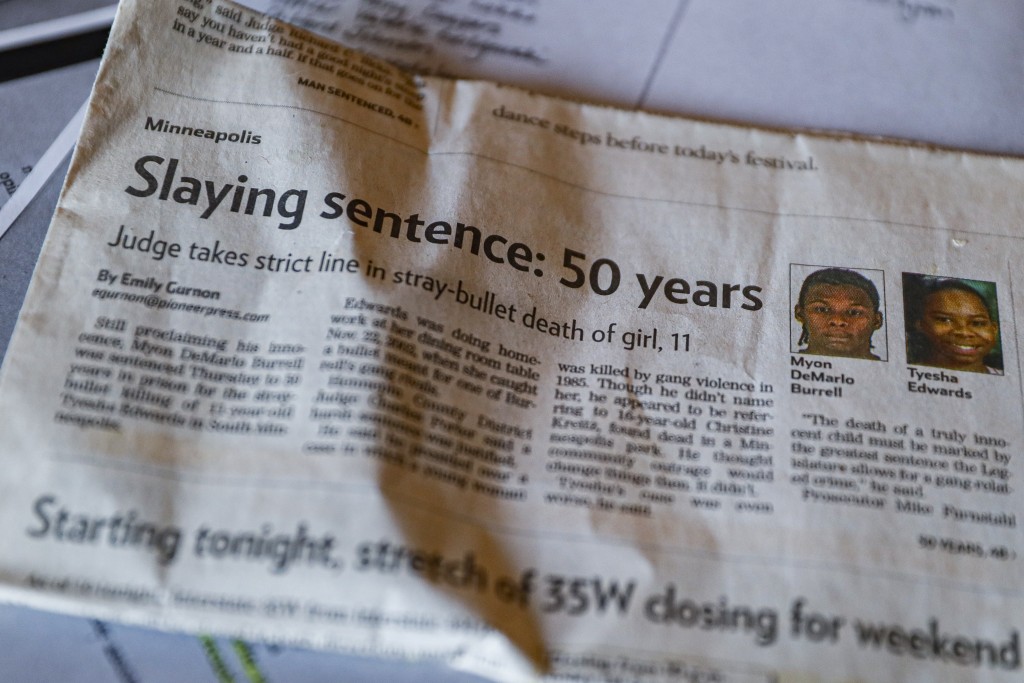 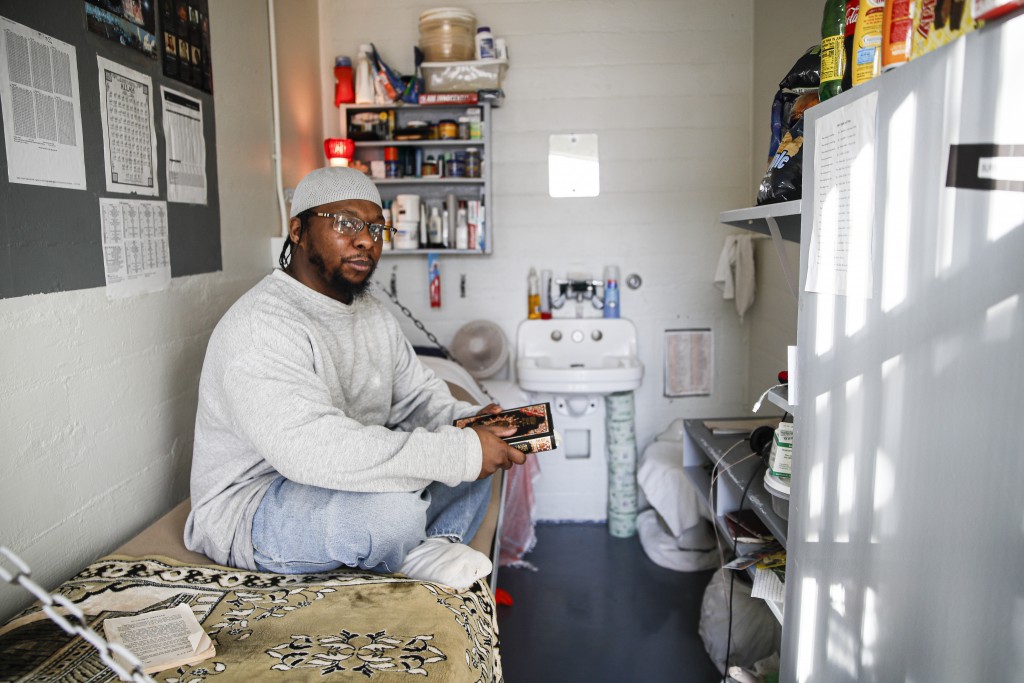 MINNEAPOLIS (AP) — Minnesota’s pardon board on Tuesday will consider freeing a Black man sentenced to life in prison as a teen in a high-profile murder case that has raised questions about the integrity of the criminal justice system that put him away.

Myon Burrell’s case made headlines earlier this year after The Associated Press and American Public Media uncovered new evidence and serious flaws in the police investigation into the 2002 killing of an 11-year-old girl who was hit by a stray bullet while doing homework at her dining room table.

Last week, an independent panel of national legal experts recommended his immediate release after reviewing the facts and all of the available evidence.

Burrell will go before the Minnesota Board of Pardons, which will consider his request for a pardon and commutation.

Both are extremely rare, especially in murder cases, partly because of the state’s arduous process. A unanimous vote is normally required by the governor, attorney general and the chief Supreme Court justice. Chief Justice Lorie Skjerven Gildea has recused herself from the decision.

Burrell was 16 when he was sentenced in the killing of Tyesha Edwards, a Black sixth grader who was shot through the heart inside her family’s south Minneapolis home. Now 34, he has always maintained his innocence, and another man has confessed to being the shooter.

The child’s senseless death enraged the African American community, which was fed up with gang and gun violence, and that anger resonated long after the conviction. Sen. Amy Klobuchar, who was the city’s top prosecutor at the time, has used Burrell’s conviction throughout her political career to tout her record of being tough on crime. She raised it again last year on the stage of the Democratic presidential primary debate.

The AP’s yearlong investigation, however, showed there was no hard evidence — no gun, DNA or fingerprints — tying Burrell to the shooting. Among other things, police did not collect a corner store’s surveillance video, which Burrell said could have cleared him. And video footage showed the lead homicide detective offering a man in police custody $500 for Burrell’s name, even if it was just hearsay.

Burrell’s co-defendants said the teenager was not at the scene that day.

New questions about Burrell’s case surfaced just before Minneapolis was thrust into the national spotlight after a police officer held his knee against George Floyd’s neck on the pavement outside Cup Foods until he eventually died — the same store Burrell said could have provided his alibi if surveillance tapes had been pulled. Floyd’s death sparked racial injustice protests and put renewed focus on some law enforcement practices from the 1990s and early 2000s, when harsher policing and tougher sentencing led to the highest lock-up rates in the nation’s history. Those incarcerations hit Black and brown communities the hardest.

Under public pressure after the AP report, Klobuchar threw her support behind the creation of the independent panel, saying it was just as important to protect the innocent as punish the guilty. In its report, the panel raised concerns about the police investigation that mirrored many of those uncovered by the AP.

The panel’s report said officers suffered from “tunnel vision” while pursuing Burrell as a suspect, honing in on evidence that supported their theory of guilt and ignoring that which may have helped him. Officers relied heavily on a single eyewitness, who offered conflicting accounts, along with jailhouse informants, who benefited generously for testifying.

Two of the informants have since recanted. One had his 16-year prison sentence cut down to three. Another said he was cooperating with police in 14 other cases.

The panel said it saw no purpose served by keeping Burrell locked up. It pointed to his age at the time of the crime, said he had no prior record and that he behaved well behind bars. It also cited U.S. Supreme Court rulings in recent years that argued against overly harsh sentences for juveniles because their brains and decision-making skills are not fully developed.

“In considering the sentence, we became profoundly aware of how our nation has changed in the way we consider juveniles who become enmeshed in the criminal justice system,” Mark Osler, who chaired the panel, wrote in the Minneapolis Star Tribune this past weekend.

Burrell was jailed during an era “marked by racially charged fearmongering about young ‘super-predators’ who would be violent for the entirety of their lives,” Osler wrote.

The girl’s biological father, Jimmie Edwards, said he opposed any release and that the process of having the case reexamined has been taxing. He said Tyesha had been doing well in school and was well-liked by classmates and teachers.

“He just wants a free ticket out of prison,” he told AP. “But he took something from us that can never be replaced.”