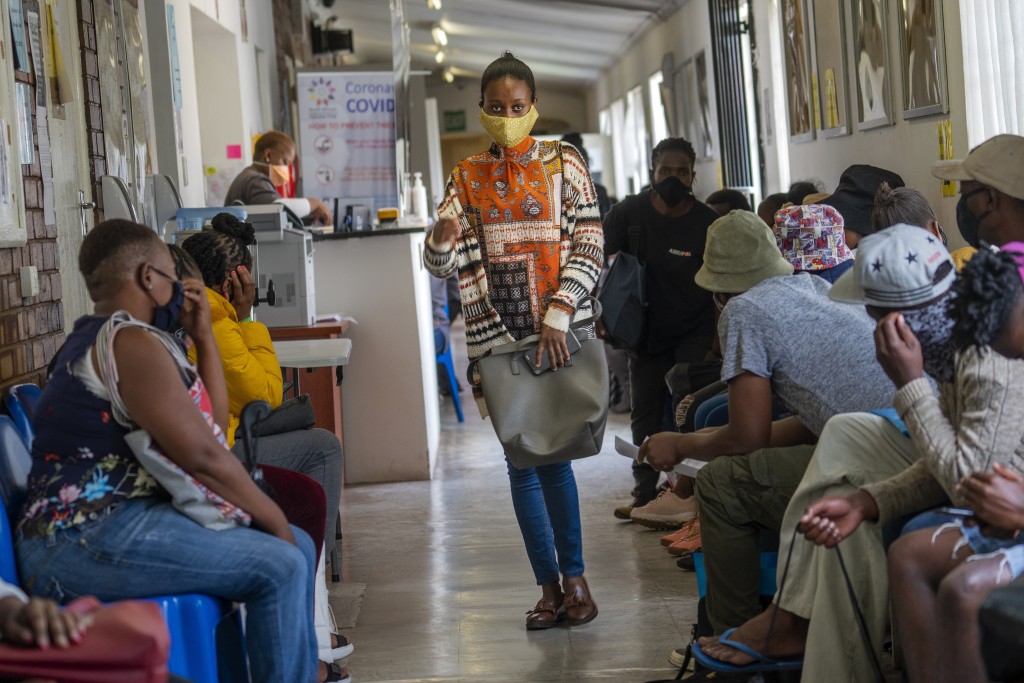 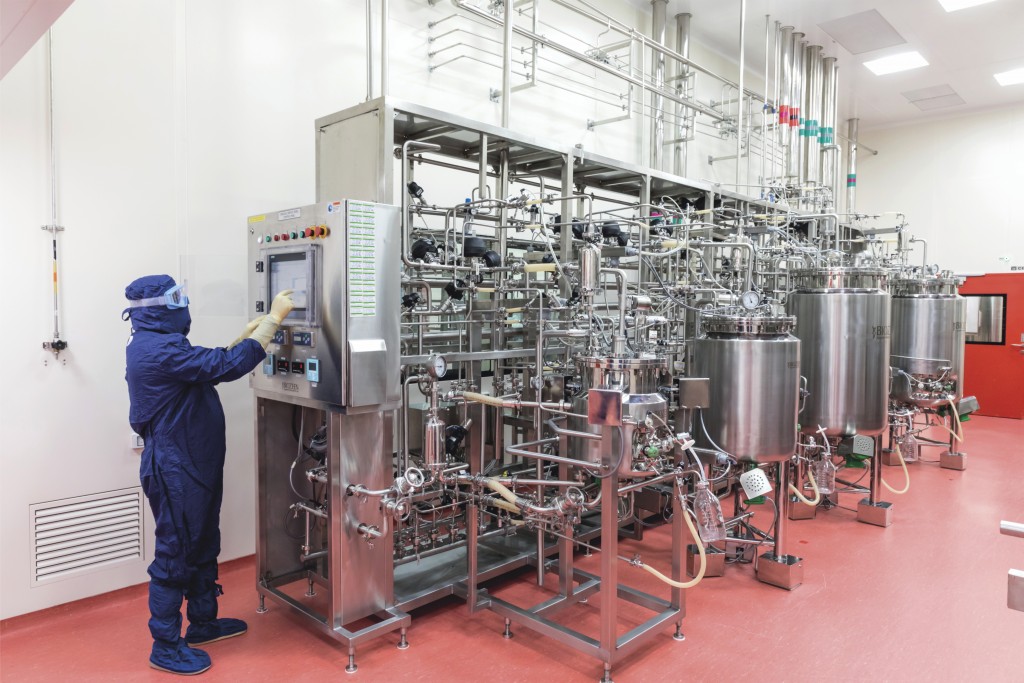 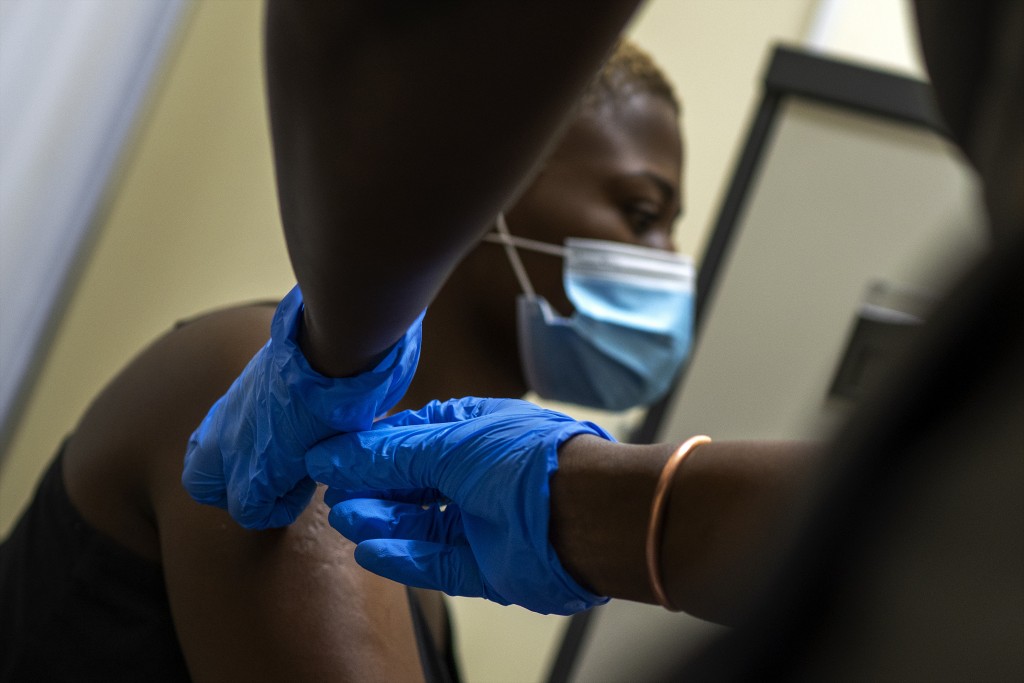 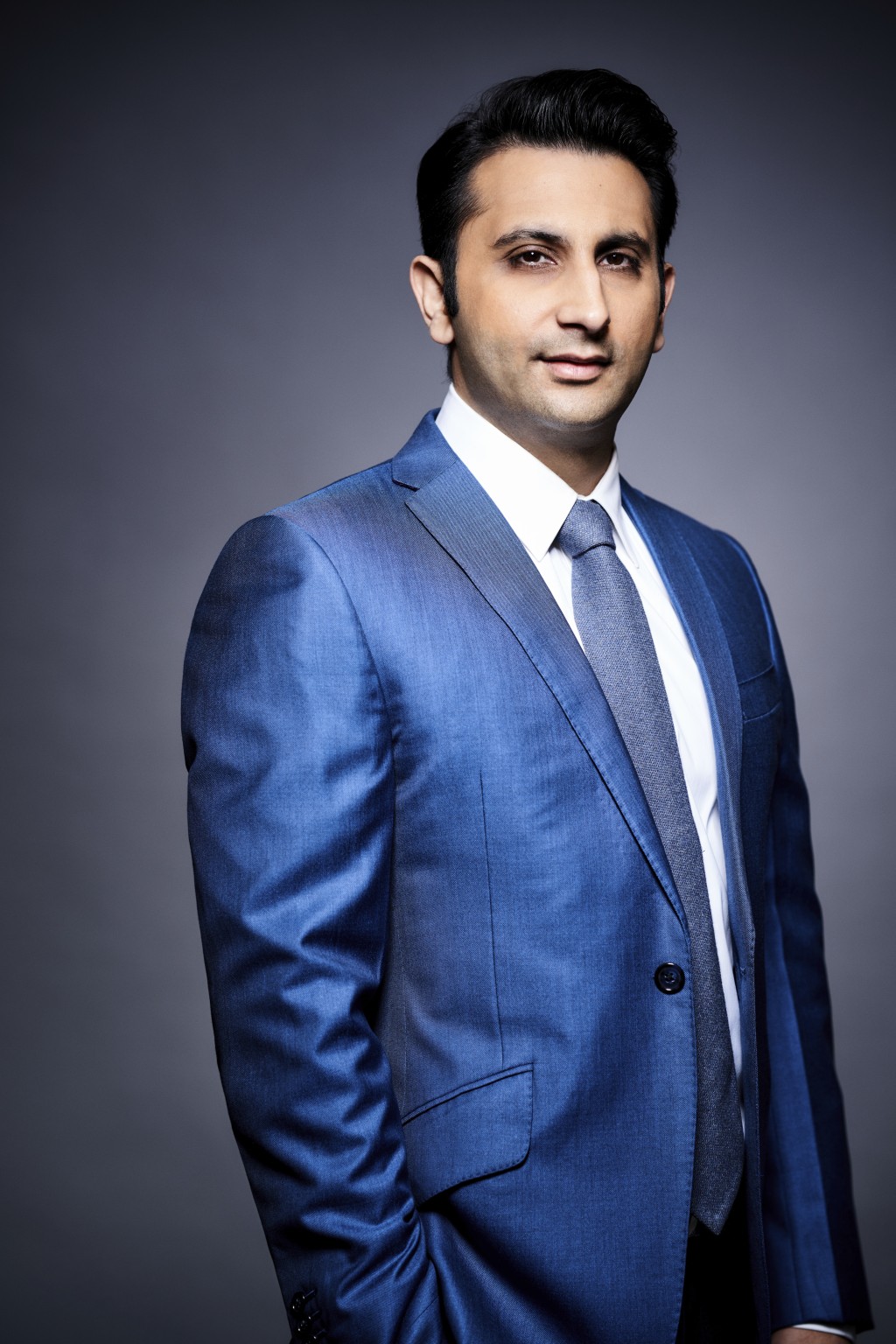 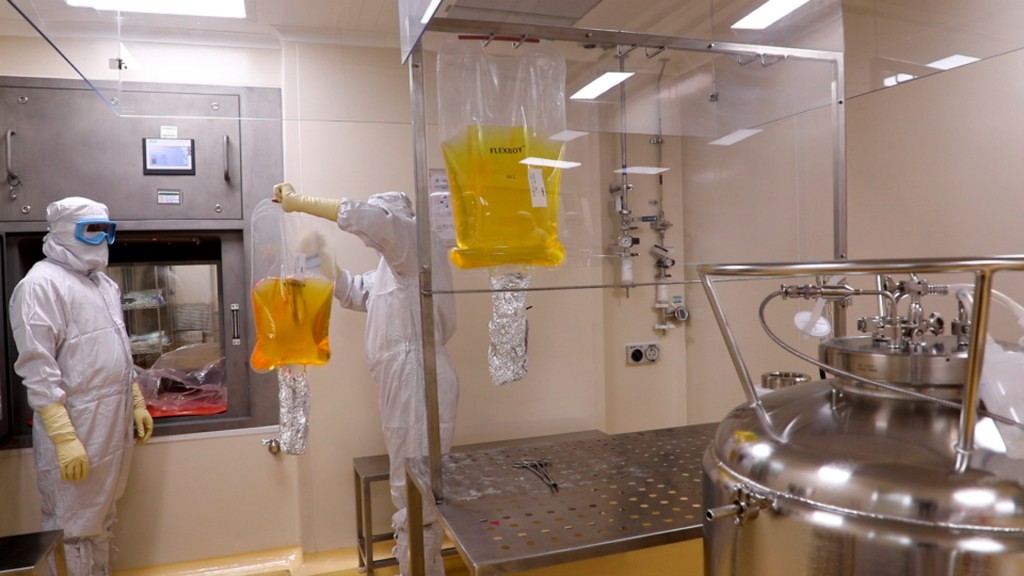 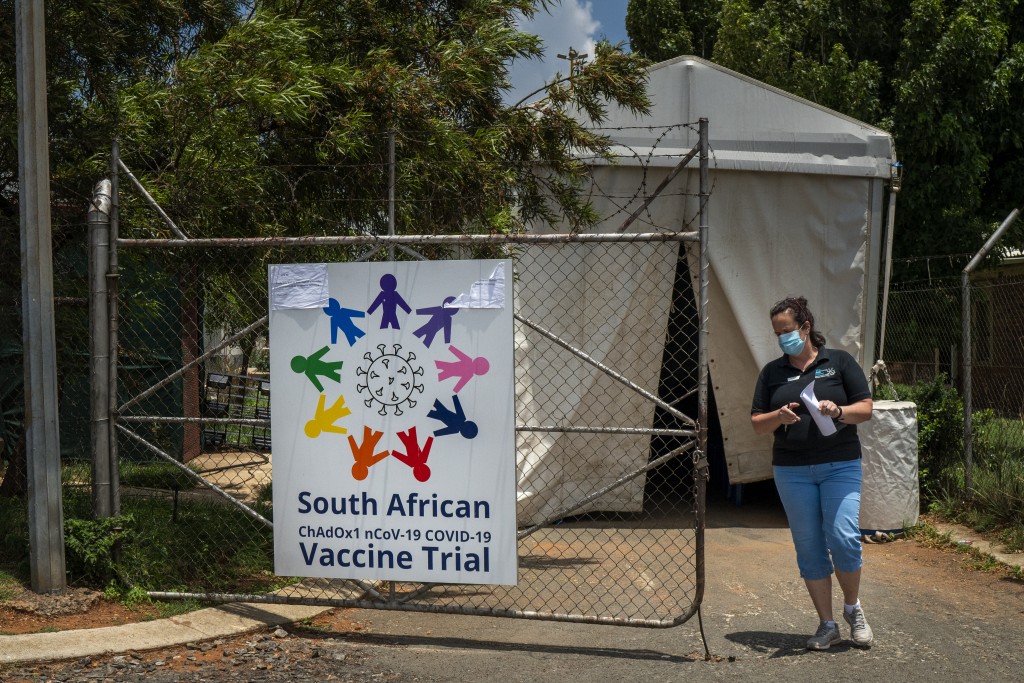 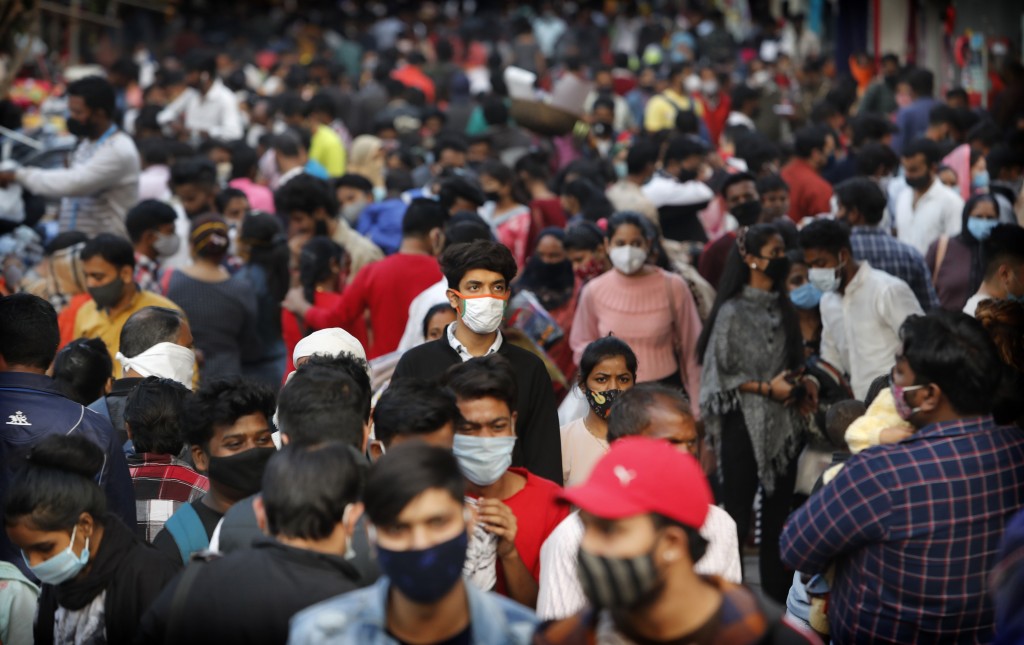 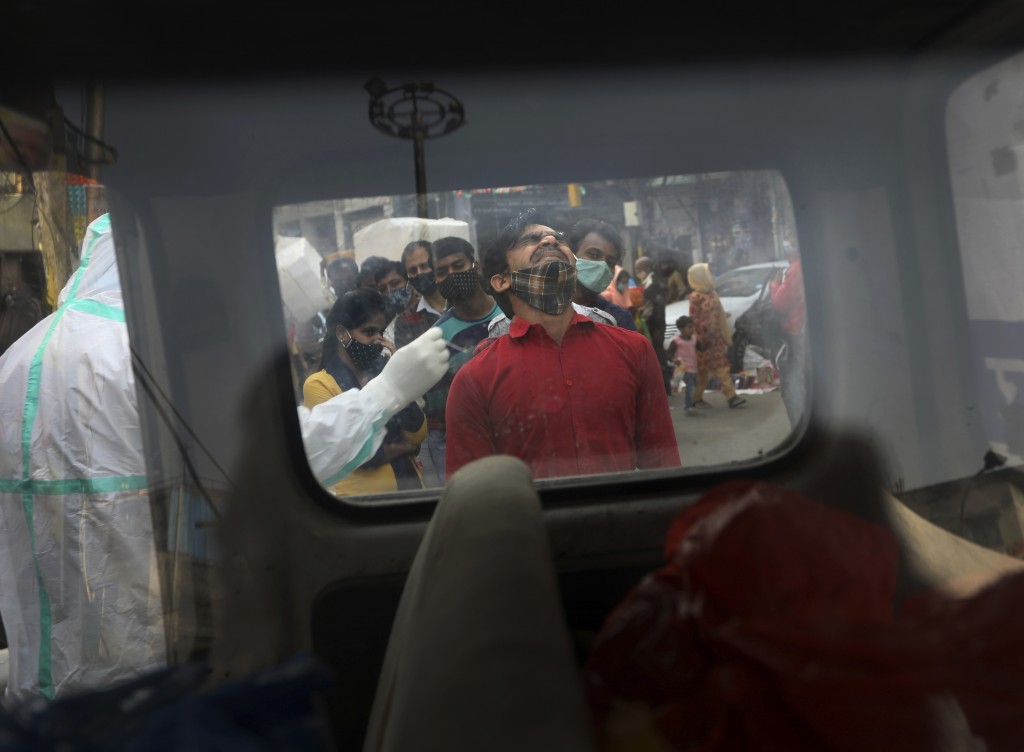 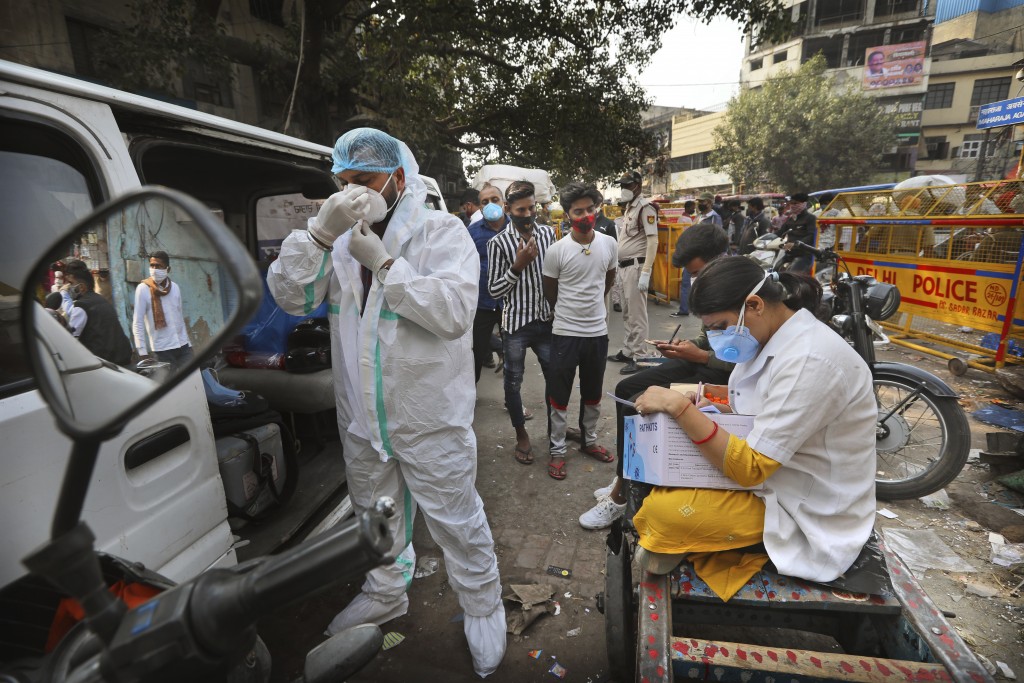 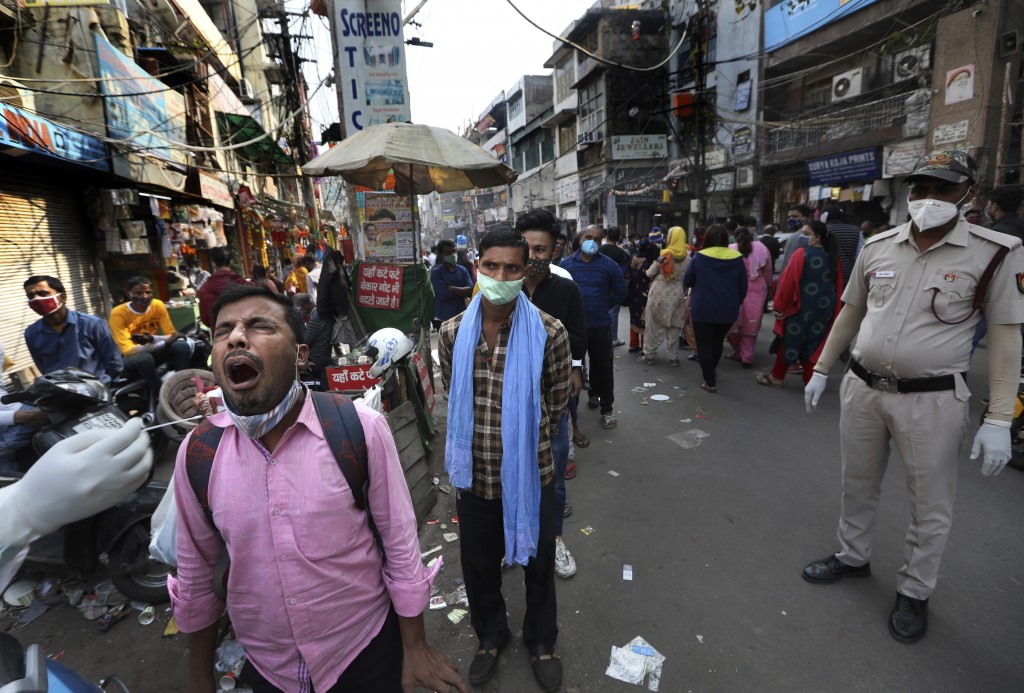 NEW DELHI (AP) — With Americans, Britons and Canadians rolling up their sleeves to receive coronavirus vaccines, the route out of the pandemic now seems clear to many in the West, even if the rollout will take many months. But for poorer countries, the road will be far longer and rougher.

The ambitious initiative known as COVAX created to ensure the entire world has access to COVID-19 vaccines has secured only a fraction of the 2 billion doses it hopes to buy over the next year, has yet to confirm any actual deals to ship out vaccines and is short on cash.

The virus that has killed more than 1.6 million people has exposed vast inequities between countries, as fragile health systems and smaller economies were often hit harder. COVAX was set up by the World Health Organization, vaccines alliance GAVI and CEPI, a global coalition to fight epidemics, to avoid the international stampede for vaccines that has accompanied past outbreaks and would reinforce those imbalances.

But now some experts say the chances that coronavirus shots will be shared fairly between rich nations and the rest are fading fast. With vaccine supplies currently limited, developed countries, some of which helped fund the research with taxpayer money, are under tremendous pressure to protect their own populations and are buying up shots. Meanwhile, some poorer countries that signed up to the initiative are looking for alternatives because of fears it won't deliver.

“It’s simple math,” said Arnaud Bernaert, head of global health at the World Economic Forum. Of the approximately 12 billion doses the pharmaceutical industry is expected to produce next year, about 9 billion shots have already been reserved by rich countries. “COVAX has not secured enough doses, and the way the situation may unfold is they will probably only get these doses fairly late."

To date, COVAX's only confirmed, legally binding agreement is for up to 200 million doses, though that includes an option to order several times that number of additional doses, GAVI spokesman James Fulker said. It has agreements for another 500 million vaccines, but those are not legally binding.

The 200 million doses will come from the Serum Institute of India, the company that will likely make a large portion of the coronavirus shots destined for the developing world. CEO Adar Poonawalla says it has a confirmed order for 100 million doses each of a vaccine developed by Oxford University and AstraZeneca and one from Novovax.

“We don’t have anything beyond that in writing,” he told The Associated Press. “If they want more, they’ll have to place more orders.”

He said the lack of commitment from COVAX will mean a much longer wait for people in developing countries. Poonawalla also noted that his company’s first priority would be making shots for India, which has suggested it wants at least 300 million vaccines. It’s likely India would not be able to take all of those at once, but a big order could delay the distribution of vaccines for other parts of the developing world, Poonawalla said.

Potentially further slowing down the process is that neither the AstraZeneca vaccine nor the Novovax one has been licensed by any regulatory agency yet — and any injection distributed by COVAX will likely need WHO approval. COVAX does not have any supplies of the two vaccines that appear to be most effective so far — the Pfizer-BioNTech shot and the Moderna one. The United Kingdom has already begun giving the Pfizer vaccine, and the United States and Canada are rolling it out this week. Some Gulf countries have also authorized it.

Still, GAVI said they “aim to start rolling out safe and effective vaccines to COVAX (member countries) at scale within the first and second quarters of the New Year.”

Even with vaccines in hand, the rollouts will take many months, even in rich countries, and many developing ones are facing serious logistical challenges that will add to delays, noted Dr. Gagandeep Kang, an infectious diseases expert at the Christian Medical College at Vellore in southern India.

Even senior officials at the WHO have acknowledged privately that attempts to fairly allocate vaccine through the initiative are flawed, despite publicly lauding its success.

“The whole call for global solidarity has mostly been lost,” said Dr. Katherine O’Brien, WHO’s vaccines chief, during a recent internal discussion, a recording of which was obtained by the AP.

Asked to clarify her remarks, O'Brien said in an email that “every country should have access to COVID-19 vaccines, as early as feasible."

Adding to COVAX's difficulties, O’Brien noted at a news conference this month that it was still $5 billion short to buy the doses it’s planning to obtain next year.

According to a report GAVI issued ahead of a meeting this week, the alliance itself concluded that the risk COVAX will fail is “very high,” saying it was “established in record time and has to navigate unchartered territory.”

But John Nkengasong, director of the Africa Centers for Disease Control and Prevention, criticized Western countries for buying up the global vaccine supply “in excess of their needs while we in Africa are still struggling with the COVAX (effort).”

With no certainty about which shots would work, governments scrambled in recent months to sign multiple deals to ensure their citizens would have at least some COVID-19 injections. Canada, for example, bought nearly 200 million vaccines — enough to cover its population of 38 million about five times over.

Nkengasong called the idea that people in rich countries would get immunized while Africans go without “a moral issue.”

Beyond the ethics, experts note that failing to protect people in the developing world will leave a reservoir of coronavirus that could spark new outbreaks at any time.

Amid fears COVAX can't deliver, some developing countries are pulling out entirely or seeking their own private deals. Earlier this month, the tiny Pacific island nation of Palau announced it was abandoning the initiative and would get donated vaccines from the U.S. instead. Other low and middle-income countries, including Malaysia, Peru, and Bangladesh, have stayed in the initiative but also recently inked their own deals with drugmakers as a Plan B.

Anban Pillay of the South African Ministry of Health said that joining COVAX was just a stop-gap measure before signing bilateral deals with pharmaceutical companies.

Kate Elder, vaccines policy adviser at Doctors Without Borders, said “it’s increasingly looking like the ship has sailed on equitable vaccine distribution” — and GAVI, WHO and others need to discuss how to increase vaccine manufacturing.

To that end, South Africa and India have asked the World Trade Organization to waive some provisions regulating intellectual property rights to make it easier for manufacturers in poor countries to make COVID-19 drugs and vaccines. But many rich countries are reluctant to do that.

As more countries in the West authorize the vaccine, "the difference between people in rich countries getting vaccinated and the lack of any vaccines for the developing world will become quite stark,” said Anna Marriott, health policy manager at Oxfam. “And it will only prolong the pandemic.”