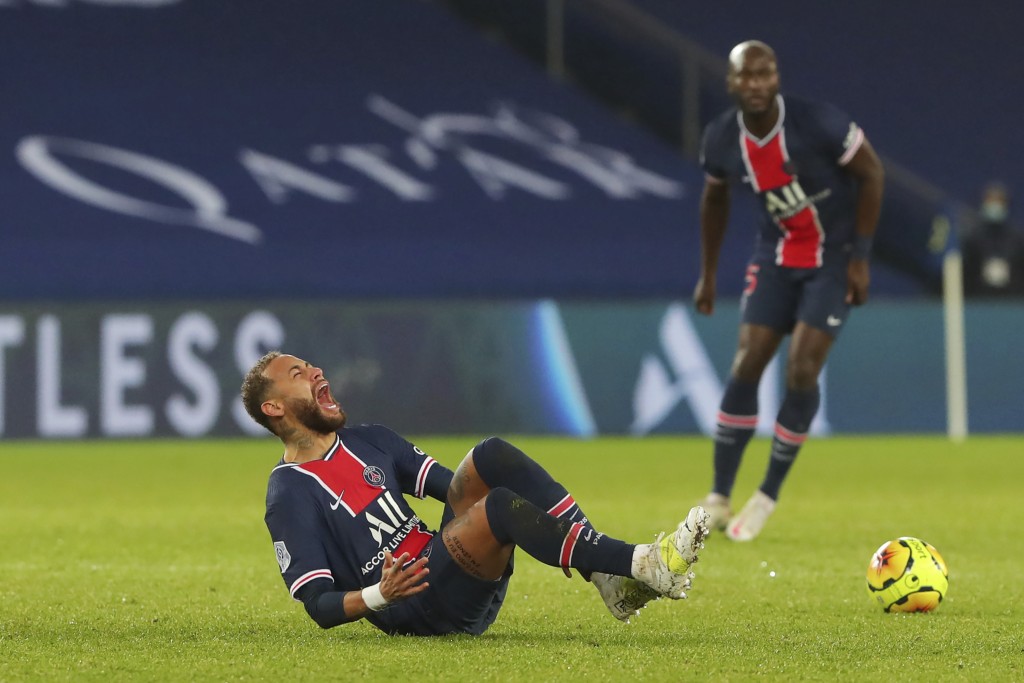 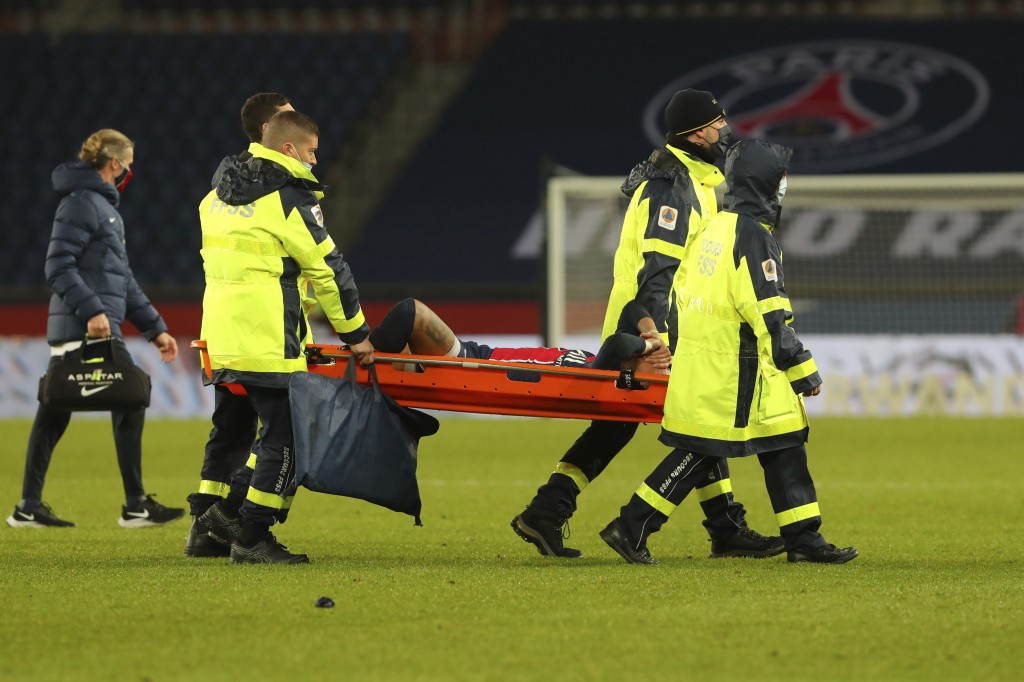 The Brazil forward was taken off on a stretcher in stoppage time on Sunday when PSG lost at home to Lyon 1-0 to drop to third place in the French league.

After immediate fears of a serious injury, PSG said Neymar sprained his ankle. He will undergo further exams in 48 hours, the club added.

Neymar was hurt in the seventh minute of injury time at Parc des Princes following a hard tackle from Thiago Mendes, who was then given a red card.

PSG’s fourth loss of the season put Lille at the top after it beat Bordeaux 2-1. Lyon is in second place on goal difference, while PSG is one point behind in third.