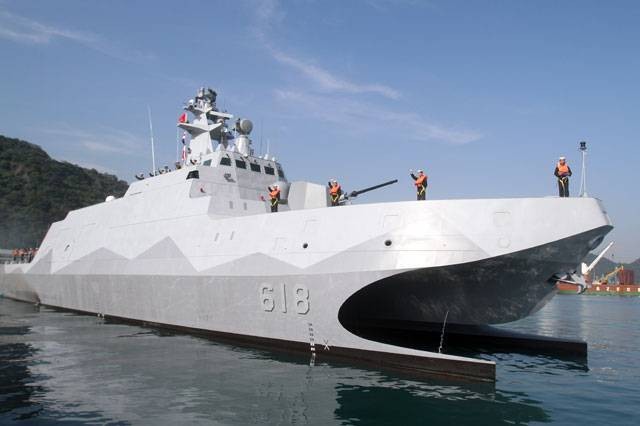 According to the Navy, the corvette has a maximum speed of 30 knots, a displacement of about 685 tons, and a maximum operational range of 1,800 miles. The ship’s arsenal includes Sea Sword II missiles, Hsiung Feng II and III anti-ship missiles, a 76-mm cannon, a Phalanx close-in weapons system (CIWS), and a T-74 machine gun, CNA reported.

It is also equipped with a surface search radar and fire control radar, and its electronic warfare suite features an early warning system and electronic countermeasures for incoming missiles. This new model is much larger than the prototype and carries more weapons and equipment.

The Taiwanese government in recent years has made a significant effort to produce naval ships and other military hardware domestically.