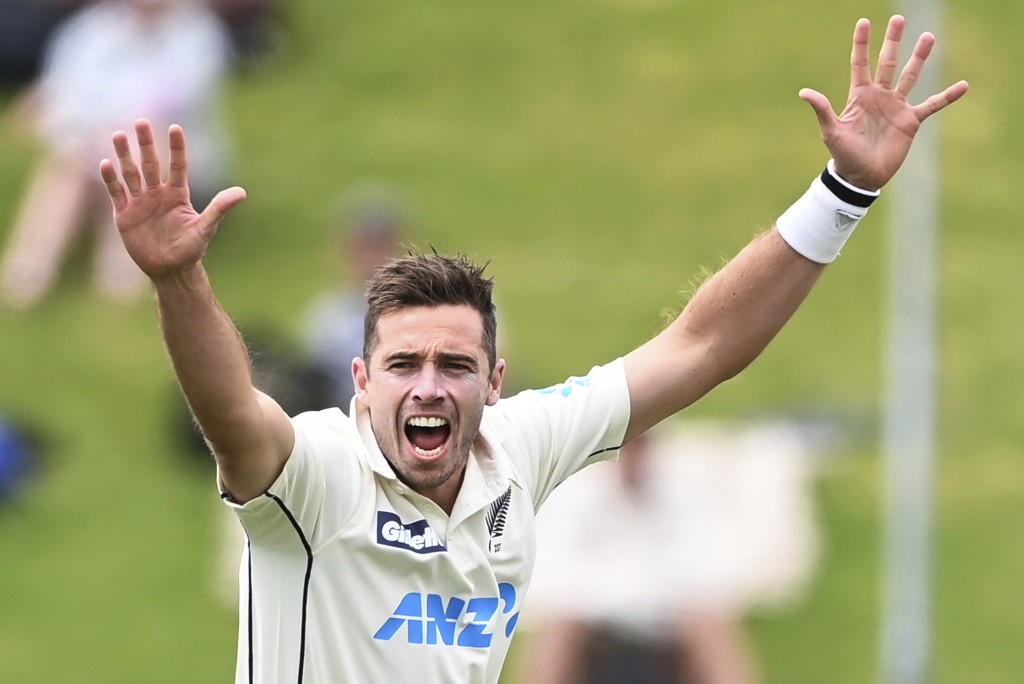 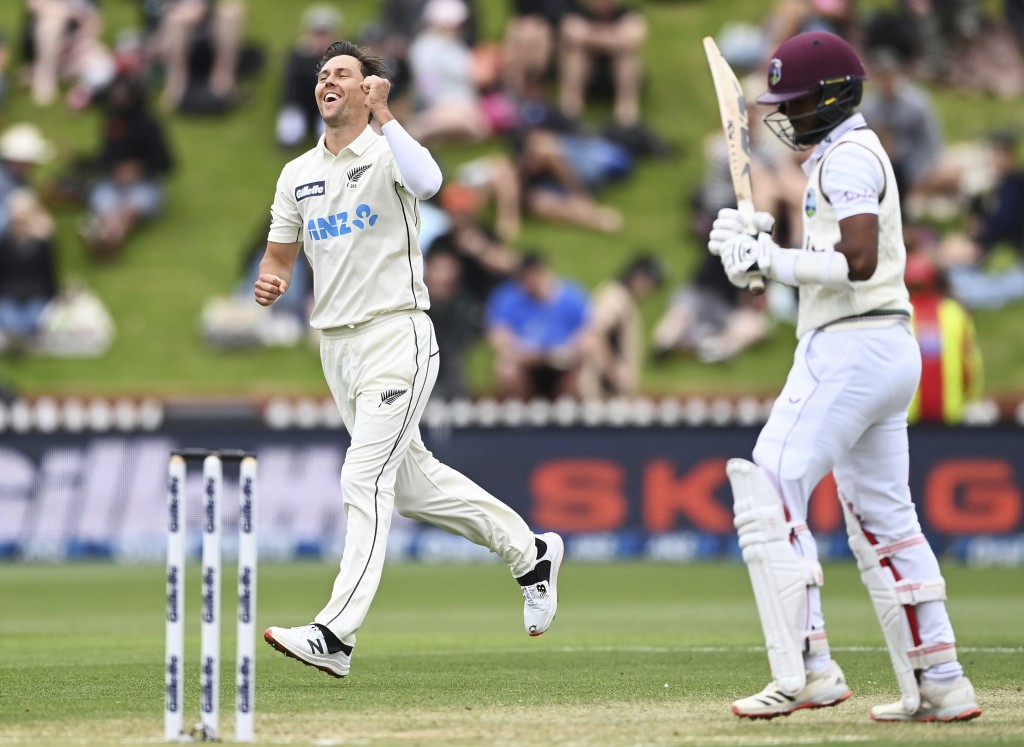 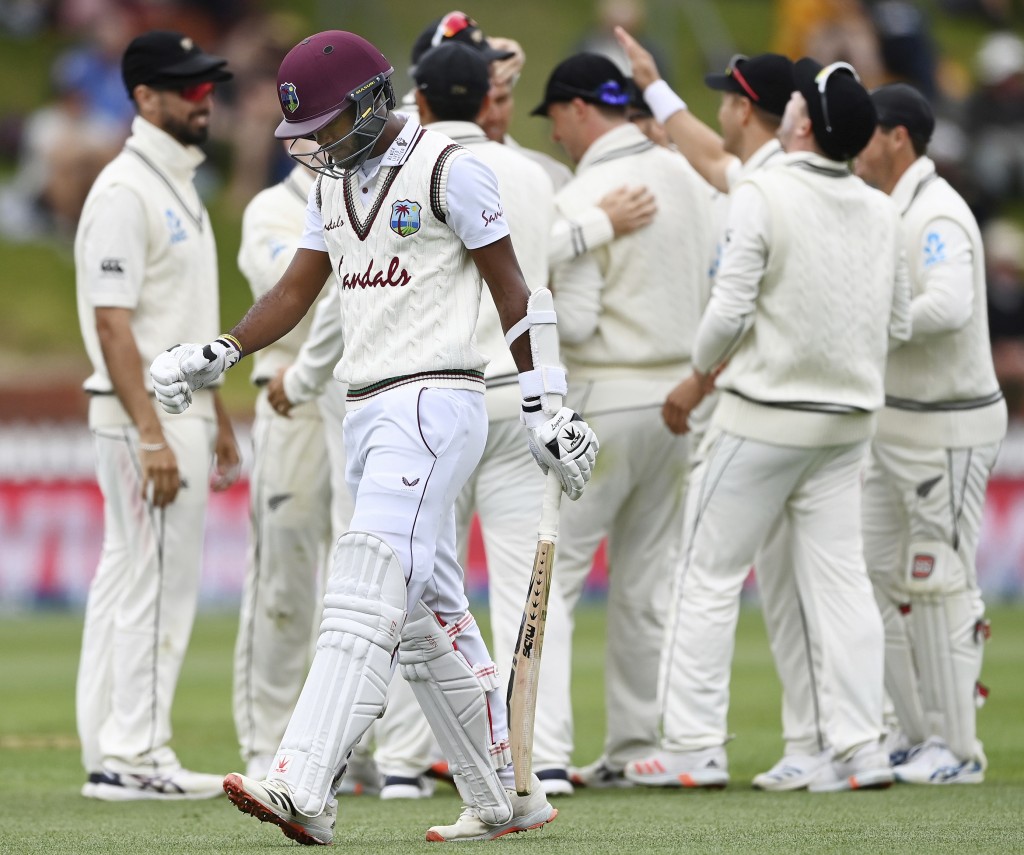 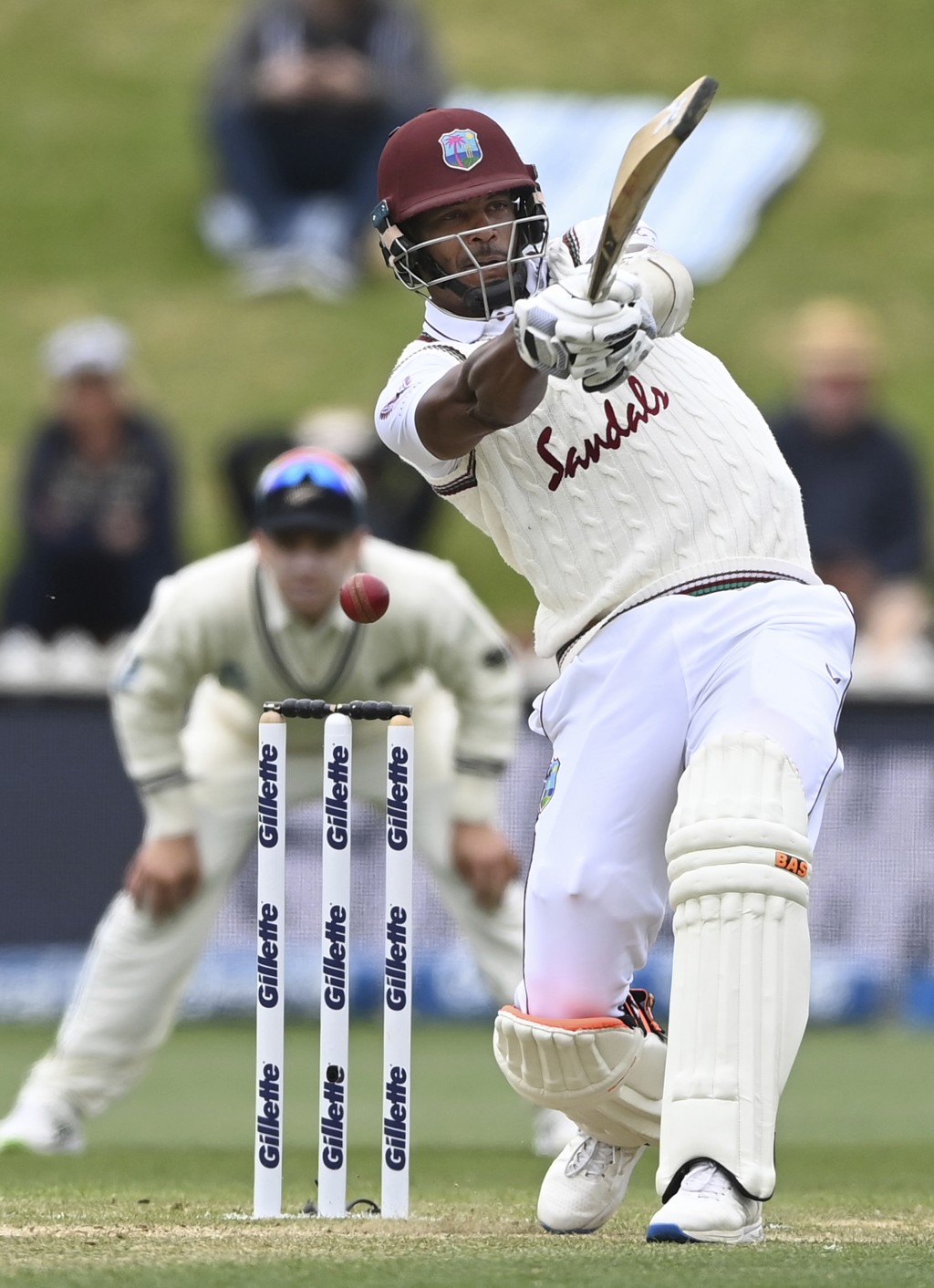 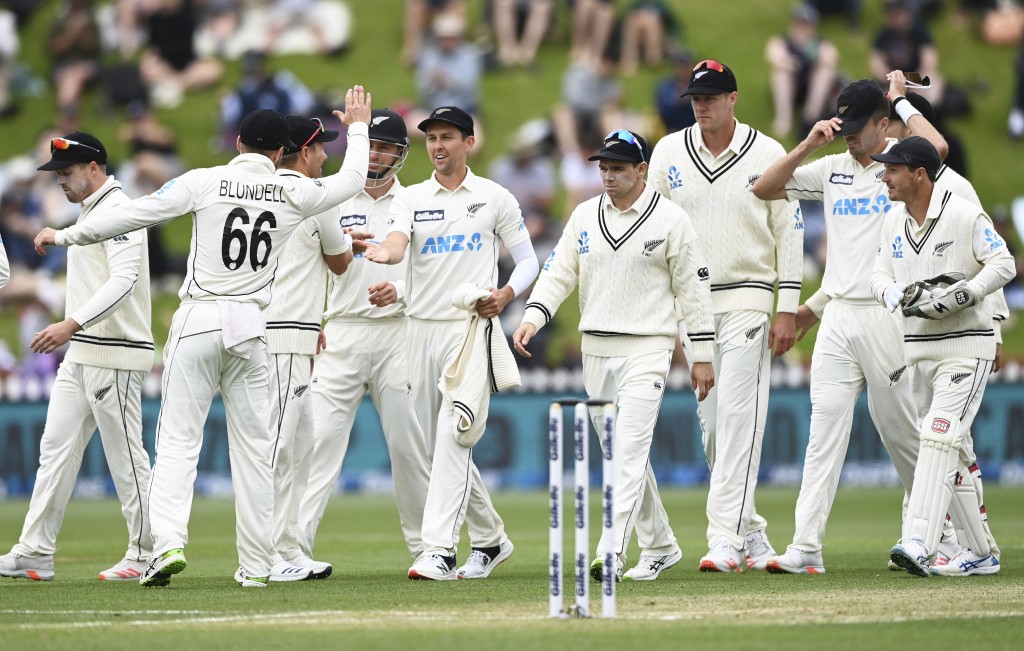 WELLINGTON, New Zealand (AP) — Tim Southee took the second five-wicket bag of the first innings as New Zealand forced the West Indies to follow on 329 behind Sunday on the third day of the second cricket test.

The West Indies resumed at 124-8 in reply to New Zealand’s first innings of 460 and were quickly bowled out for 131.

At lunch they were 73-2 in their second innings, still 256 behind. John Campbell was 26 and Shamarh Brooks 19.

Southee took both first innings wickets, finishing with 5-32 as New Zealand needed only 4.4 overs and 20 minutes to end the innings. In doing so, he joined Kyle Jamieson who took 5-34 on Saturday, marking only the third occasion New Zealand bowlers have completed five-wicket bags in the same innings of a test.

Jamieson’s was his second five-wicket haul in four tests and Southee’s his 11th. Southee now has 294 test wickets and is close to becoming the third New Zealander after Richard Hadlee and Daniel Vettori to take 300 wickets in tests.

Trent Boult went wicketless in the first innings but made up with two wickets in the same over early in the second.

West Indies openers Kraigg Brathwaite and John Campbell seemed to be building a solid opening partnership and had scored 41 when Boult dismissed Brathwaite in the 12th over. He then removed Darren Bravo three balls later with a superb bouncer which the batsman gloved to wicketkeeper B.J. Watling.

Conditions Sunday were cooler than on second day, windy and overcast, but the ball which was 52 overs old at the start of play still swung a little. It was enough to catch out overnight batsman Joshua da Silva who was forced to play at a full ball from Southee which swung away and took the edge, giving Watling his first catch of the day.

Southee then wrapped up the first innings by bowling the last man, Shannon Gabriel, for 2. Gabriel makes little pretense of being a batsman and threw his bat at most deliveries before Southee beat him with a late in-swinger.

The West Indies’ top order have found conditions unfamiliar and challenging in New Zealand. They seldom play on green pitches which seam as much as those in the current two-test series.

But they also have lacked application, an ability to bat for long periods even when conditions are testing.

New Zealand’s first innings century-maker in this match, Henry Nicholls, showed how it is done. He was rarely comfortable for long periods in his 7 hour innings of 174 but he battled for survival, leaving as often as possible outside off stump and scoring mostly in his favorite zones straight or on the on-side.

The tourists haven’t yet been able to reach 250 in any of their innings in the series to date. They were dismissed for 138 and 247 in the first test at Hamilton which New Zealand won by an innings and 134 runs to lead the series 1-0.