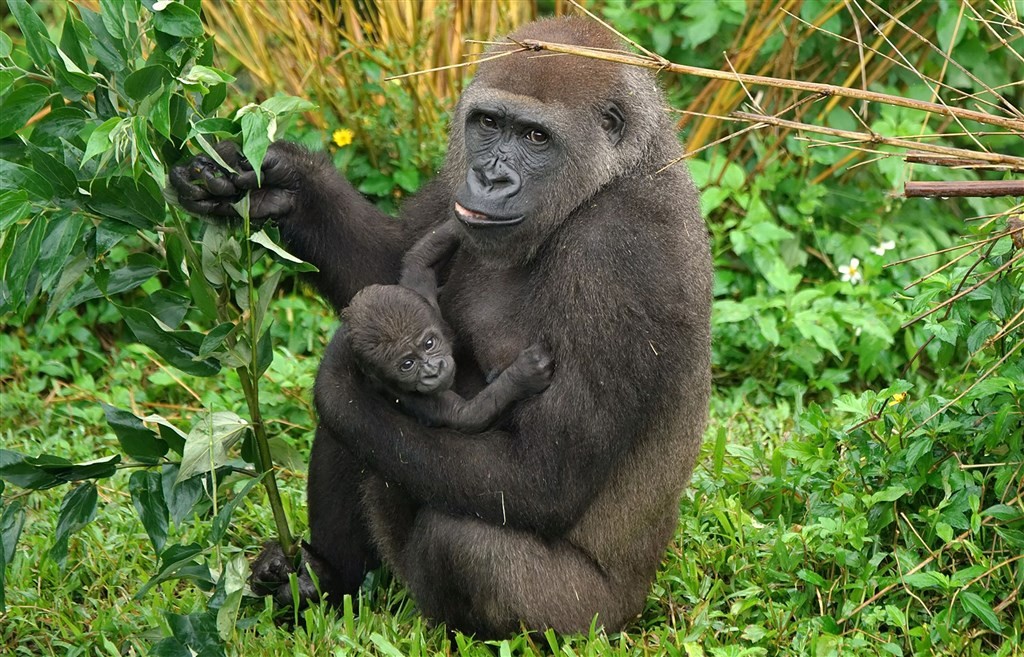 Taipei Zoo started an online poll on Saturday for members of the public to choose a name for the first baby gorilla born at the zoo in its 106-year history.

People can choose from one of four names for the one-month old male gorilla -- Ringo, Jabali, Kwanza, and Mapenzi - which were put forward by organizations involved in Taipei Zoo's gorilla conservation program, according to the zoo.

The Polish Office in Taipei, which helped to bring Diego, the father of the infant, to Taiwan in 2016, proposed the name Ringo, after a sports game in Poland.

Mapenzi, meanwhile, was put forward by the Apenheul Primate Park in the Netherlands, which sent the mother Tayari and another female gorilla to Taipei Zoo in 2019, in exchange for a male called Bao Bao.

The word Mapenzi means "love" in Swahili, the language used in the area of Africa where most gorillas are found in the wild, according to the zoo.

The Netherlands Office Taipei came up with the name Jabali, which means "strong as a rock" in Swahili, the zoo said.

Taiwan's Shin Kong Life Foundation, which gave Bao Bao to Taipei Zoo as a gift, proposed the name Kwanza, meaning "the first" in Swahili, for the baby.

The public is invited to participate in the poll to name the baby gorilla, by posting their vote, before noon Dec. 18, under a video titled "Pick a name for the baby gorilla! (金剛猩猩寶寶命名開跑!!!)" on Taipei Zoo's YouTube channel, the zoo said.
(By Chen Yi-hsuan and Kay Liu)