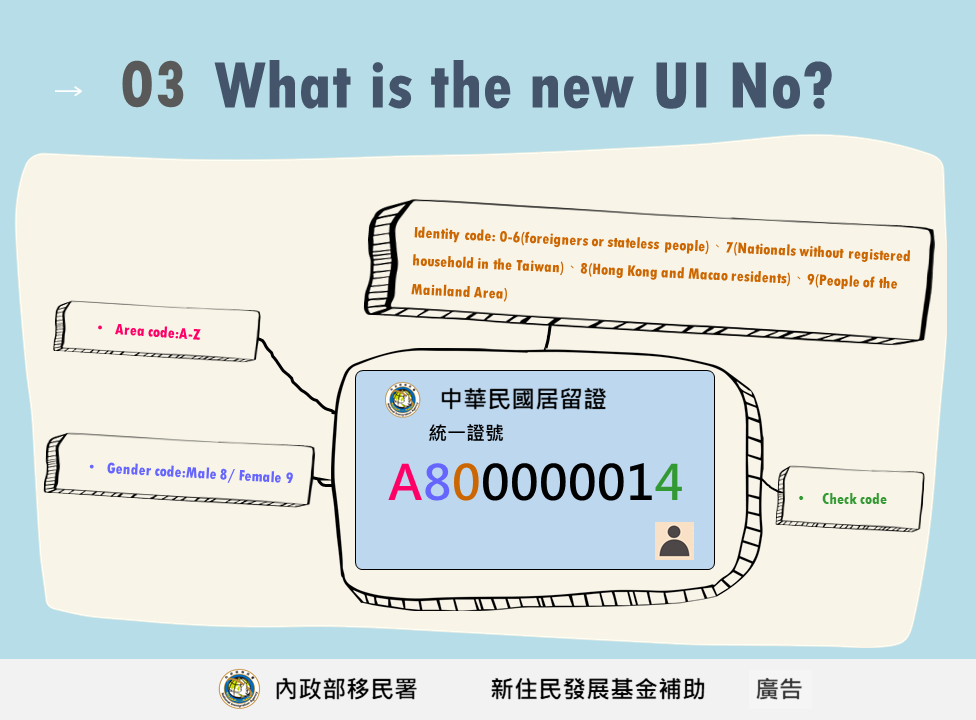 TAIPEI (Taiwan News) — The government insists that although the second digit for the new numbering system of the Alien Resident Certificate (ARC) and Alien Permanent Resident Certificate (APRC) will be an 8 and a 9, it will be compatible with the myriad of systems geared toward Taiwan ID numbers that currently only accept a 1 or a 2.

Currently, if a person living in Taiwan wants to fill out online registration systems, book reservations, make bank transactions, purchase travel insurance, participate in credit card promotions, or sign up for online job banks, they must enter a Taiwan national identification card number with a second digit that consists of a 1 or a 2. However, the second digit for all ARC and APRC numbers currently contain a letter, preventing foreign residents from accessing these services.

In 2018, Taiwan's government set about changing the numbering system for ARCs and APRCs to have them "match" those of Taiwan IDs. A National Immigration Agency (NIA) spokesperson told Taiwan News the government has been coordinating with 37 government agencies to update their systems over the past two years to ensure they will all accept the new numbering system.

The numbering scheme, which goes into effect on Jan. 2, 2021, starts off with the existing area code letter, which corresponds to the city in Taiwan the foreign national resides in. The second number will be an 8 or a 9, with 8 signifying whether the card user is a male and a 9 meaning the cardholder is female.

In response to concerns by foreign residents that many systems will reject any ID number that does not contain a 1 or a 2, the spokesperson reiterated that 37 government agencies will have updated their systems by Jan. 2, but she could not rule out that there may be some technical difficulties in the beginning and that private companies may be slow to update their systems.

She emphasized that starting next year, if a foreign resident encounters an interface that is not accepting their new number, they are encouraged to contact the NIA's counseling service hotline for foreigners in Taiwan on 0800-024-111, the Interior Affairs hotline 1996, or message the Director of Immigration.

The third digit corresponds to foreigners or stateless people (0-6), Taiwanese nationals without a household in Taiwan (7), Hong Kong and Macau residents (8), and Chinese citizens (9). The last digit is for verification purposes. The spokeswoman pointed out that the old ID number will be placed on the back of the card to show that both old and new numbers represent the same person.

She said that starting on Jan. 2, foreigners can receive the new number by applying for a new card and the application is free of charge for the first year of the program. After one year has passed, there will be an NT$500 (US$17) fee for ARCs and NT$1,000 for APRCs.

She emphasized that there is no need to rush out and change cards because their current ID numbers will not expire until Jan. 1, 2031. The spokesperson recommends that foreign residents apply for the new numbers when they need to change information on their cards or need to file for an extension of their residency before expiration.

To obtain a new number and ID card, one need only go to the nearest NIA service center with their current ARC or APRC and passport. If they wish to update their photo, it is also advisable to bring a new color 2’’ x 2’’ photo taken within six months.

In response to concerns that the old ID numbers will become invalid on Jan. 2, she said that both old and new numbers will remain in government databases until Jan. 1, 2031. As for driver's licenses, there will be no charge to update them with the new ARC number, if processed before the date of the license's expiration. 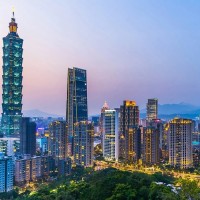 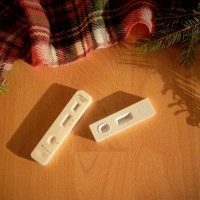