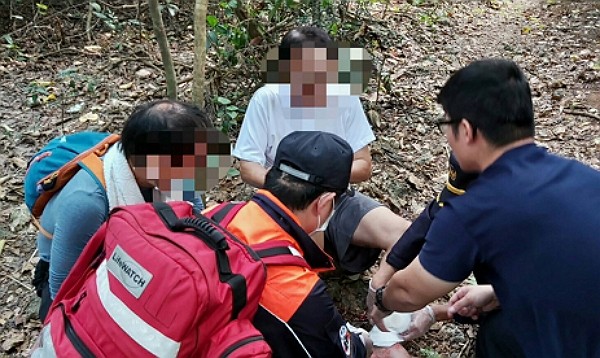 TAIPEI (Taiwan News) — A Taiwanese man is suspected to have been injured by a stray bullet while hiking in Shoushan National Nature Park on Friday (Dec. 11).

The 66-year-old man, surnamed Chen (陳), said he was hiking with friends at around 10 a.m. Friday morning when he suddenly felt a sharp pain in his left ankle. He said he had heard a loud bang before being injured but did not see anyone carrying a gun.

Chen was rushed to Kaohsiung Medical University Chung-Ho Memorial Hospital for treatment after his friends notified the fire department. Hospital staff believe the wound was caused by a gunshot but said further examination is required.

During a press interview, the Kaohsiung City Police Department said a group of Taiwanese Marines took part in a live-fire exercise from 8 a.m. to noon on Friday. It said it has informed the military about the incident and will continue searching the area for bullet cartridges, reported CNA.

Meanwhile, the Kaohsiung City Government said it has reached an agreement with the military to temporarily halt live-fire drills on Shoushan. It added that it has sent officials to visit Chen and provide him with necessary assistance, reported UDN.