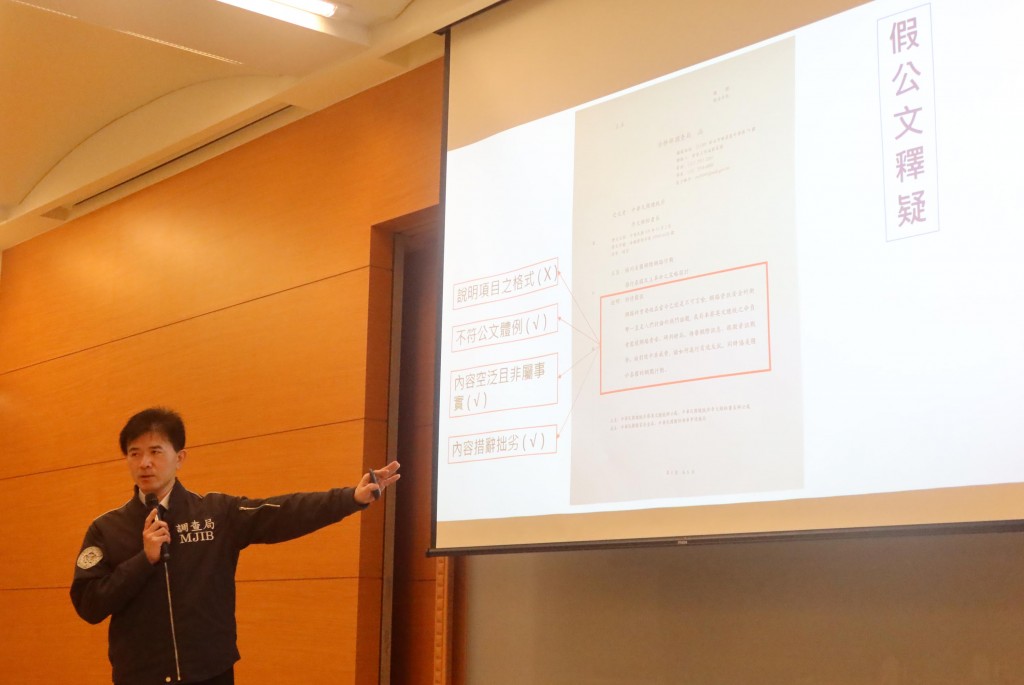 TAIPEI (Taiwan News) — Two Taiwanese are being investigated for spreading “fake news” from China that the United States and Taiwan planned to work together to back the recent wave of democracy protests in Thailand, authorities said Friday (Dec. 11).

The Ministry of Justice Investigation Bureau (MJIB) described the case as the first example of an Internet-related national security violation. The Taiwanese men, surnamed Liu (劉) and Yin (尹), had traveled to China for local training and have been questioned on suspicion of violating the National Security Act, CNA reported.

The fake news alleged the MJIB had sent an official letter to the Presidential Office asking to consider cooperating with the U.S. in assisting student protesters in Thailand. The letter bore the name of a real MJIB official and was addressed to a National Security Council individual who has since left the service.

An investigation showed the original version appeared in a Thai-language tweet on Nov. 20 accusing Taiwan and the U.S. of interfering in Thailand’s domestic affairs and of sowing discord in Thai society. The tweet also included pictures of fabricated MJIB letters.

At a news conference Friday, the Ministry of Justice department showed that the letters did not conform to the official format used by the service and that the phone and fax numbers listed were false. In its analysis, the MJIB concluded that the fake allegations originated with Chinese netizens who translated and disseminated the tweet in order to damage Taiwan’s international image and diplomatic relations.

Investigators tracked down Liu and Yin, who are members of a Chinese-run Facebook group, as they had also spread the disinformation, the bureau said.

Agents raided seven locations in New Taipei City and Hualien County on Dec. 7, questioned the two men, and barred them from leaving the country. A third man who was not believed to be involved has been released, CNA reported.