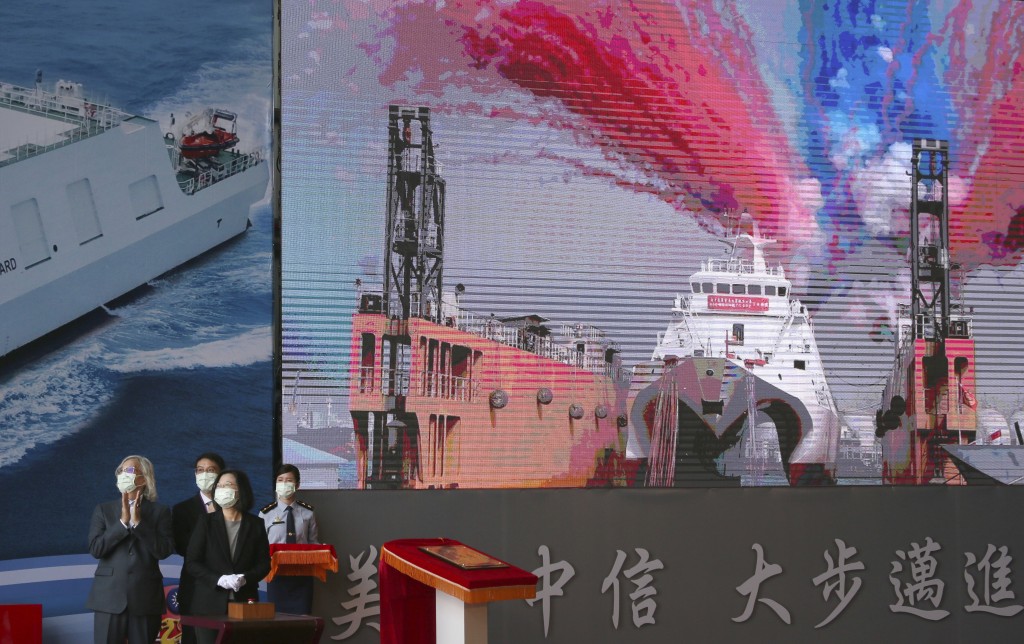 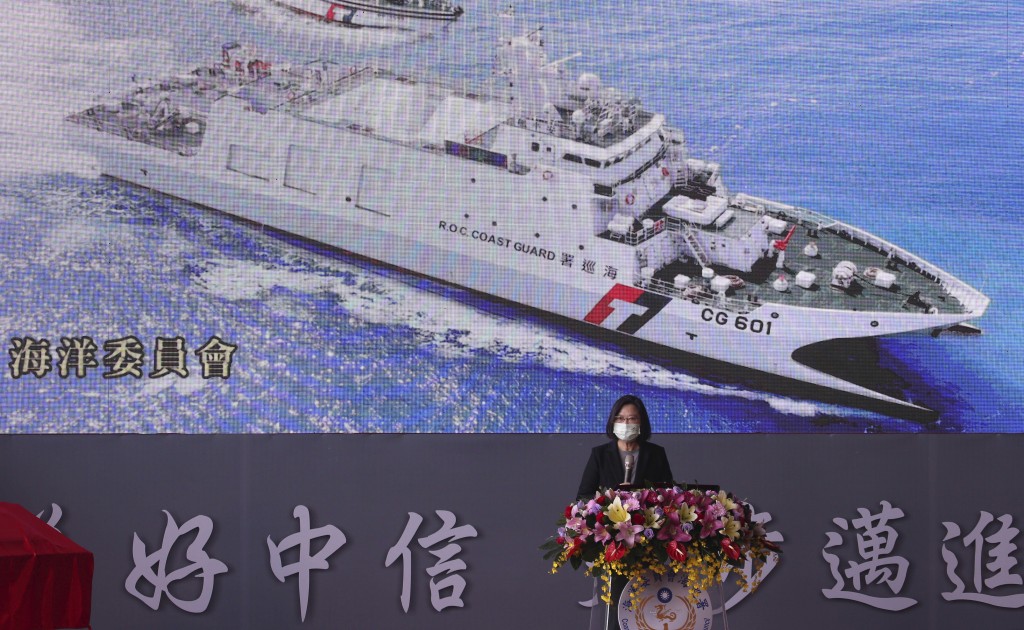 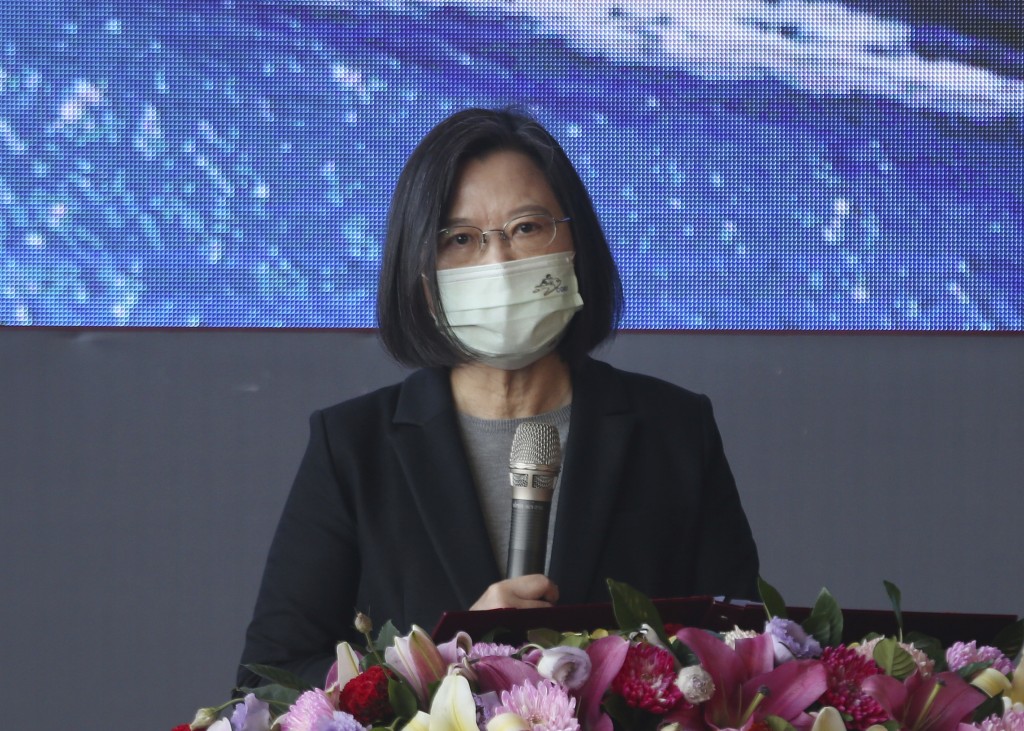 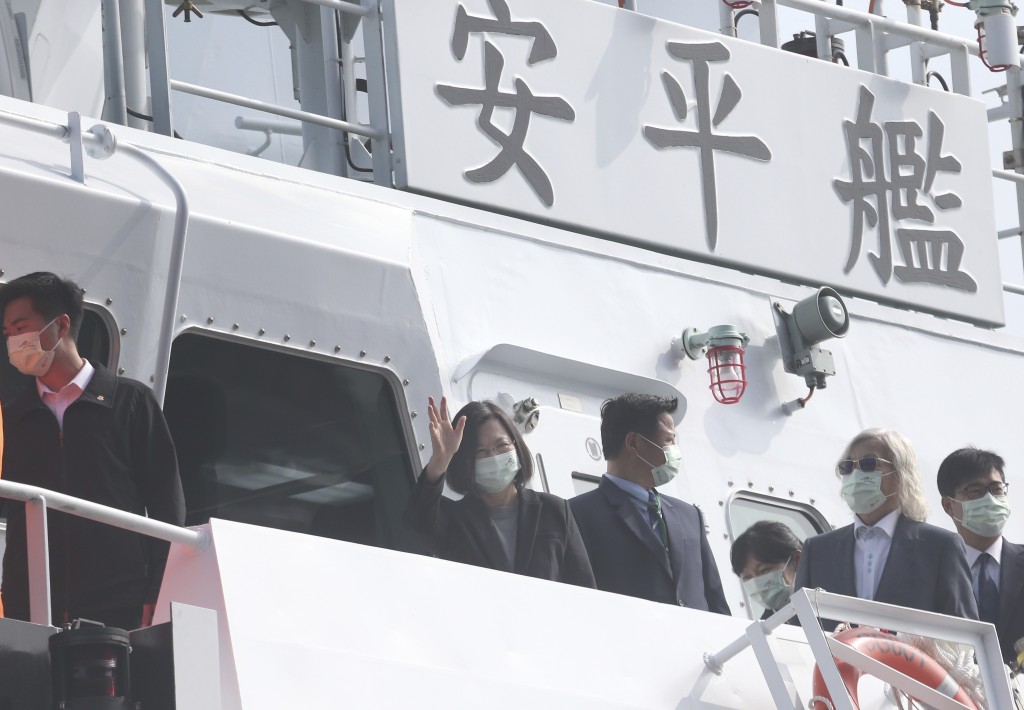 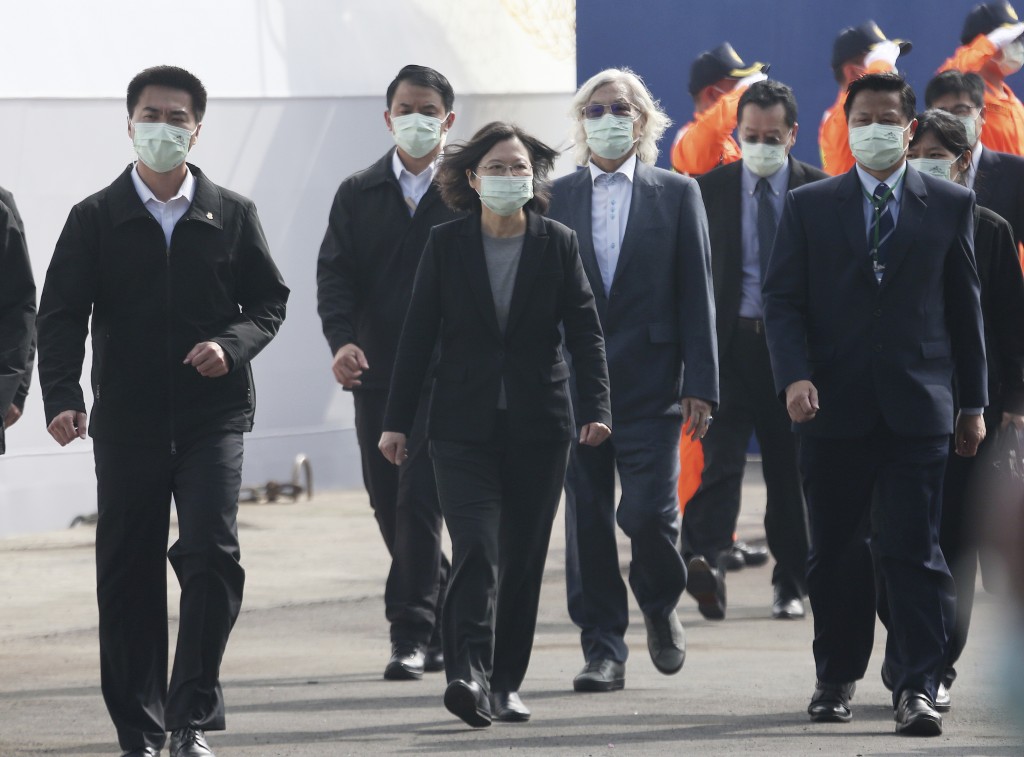 KAOHSIUNG, Taiwan (AP) — Taiwan's president launched a new fleet of domestically made Coast Guard patrol vessels Friday, in a boost to the island's plans to strengthen its defense capabilities as tensions rise with China.

The new Anping (CG-601) vessel is the first of 12 locally designed and built 600-ton class catamaran patrol vessels that can also be used in a military capacity.

The ships “are superior in speed and function compared to previous ships of the same tonnage, demonstrating the technical strength of Taiwan’s shipbuilding industry,” President Tsai Ing-wen said at the launch ceremony in the southern city of Kaohsiung.

Tsai has made boosting Taiwan’s indigenous defense capacity a central pillar of her defense policy. She relaunched the military aviation industry with the production of new trainer jets and has pushed for the development of more sophisticated systems by utilizing the island’s high-tech industries.

Tsai has also pushed for an indigenous made submarine, launching the production of the machine in November after four years of research and design.

“I believe that with the addition of new ships, it will be able to better demonstrate the courage of maritime patrol in enforcement and their determination to safeguard the blue-colored national territory,” Tsai said, referring to the waters that surround Taiwan.

The new Anping vessels are outfitted with high-pressure water cannons, and there is space for converting into a full fledged missile corvette armed with Taiwan-made Hsiung Feng II or Hsiung Feng III anti-ship missiles.

In recent years, Tsai has gained approval from the U.S. for the purchase of billions of dollars in weapons, including upgraded F-16 fighter jets, armed drones, rocket systems and harpoon missiles capable of hitting both ships and land targets.

China regards Taiwan as a breakaway province that is part of its territory and has been upping its threats to bring the island under control by force as economic and political enticements bear little fruit.

China has stepped up military exercises near Taiwan this year, flying fighter jets and reconnaissance planes on an almost daily basis toward the island of 24 million people, which lies 160 kilometers (100 miles) off China’s southeast coast across the Taiwan Strait.

The Coast Guard said the boat is expected to help combat smuggling and illegal border-crossing activities. The boats will also play an important role in the Coast Guard's operations against illegal sand mining.