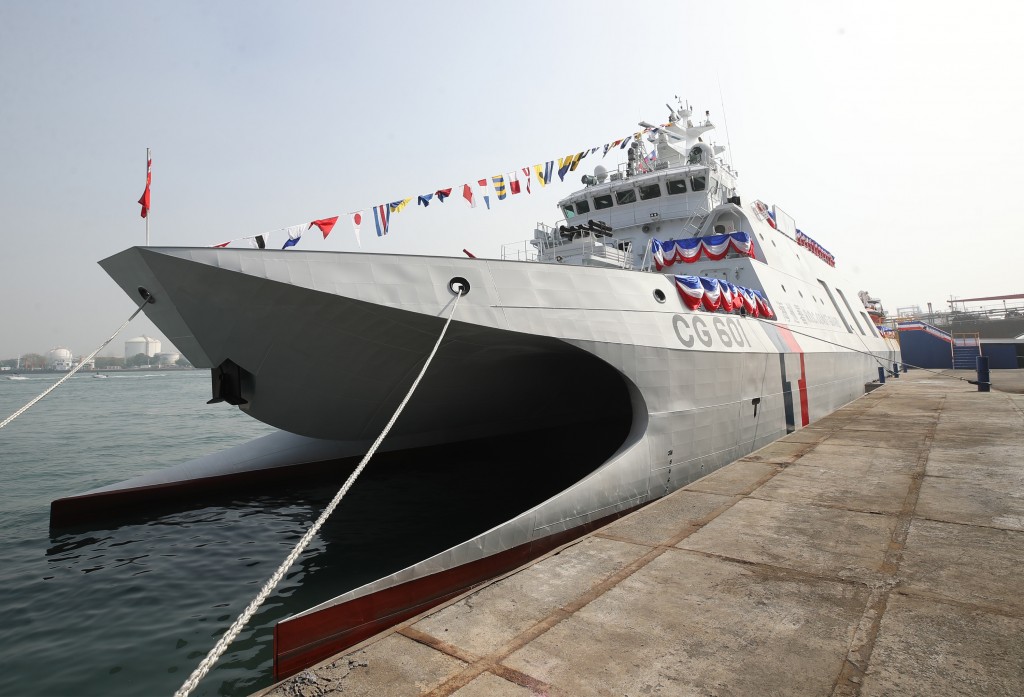 The design of the new ship is based on the Navy’s Tuo Jiang-class corvettes and shares its Hsiung Feng II and III missile launchers, though with added equipment to conduct rescue operations.

At the launch in Kaohsiung Friday morning, the president said the domestic weapons program is proceeding according to plan, if not faster. She added that the construction of the Anping signals the CGA’s determination to defend Taiwan’s “blue territory,” CNA reported.

Tsai mentioned the Coast Guard's role in solving the problem of large-scale illegal dredging by Chinese ships near Taiwan’s outlying islands. Thanks to its new ships, the CGA is able to act when necessary and enforce the law, she said.

The plan is for the CGA to possess 100 ships of various types and sizes. More importantly, most of these would be built by the indigenous shipbuilding sector, allowing Taiwanese companies to upgrade their technological capabilities, Tsai emphasized.