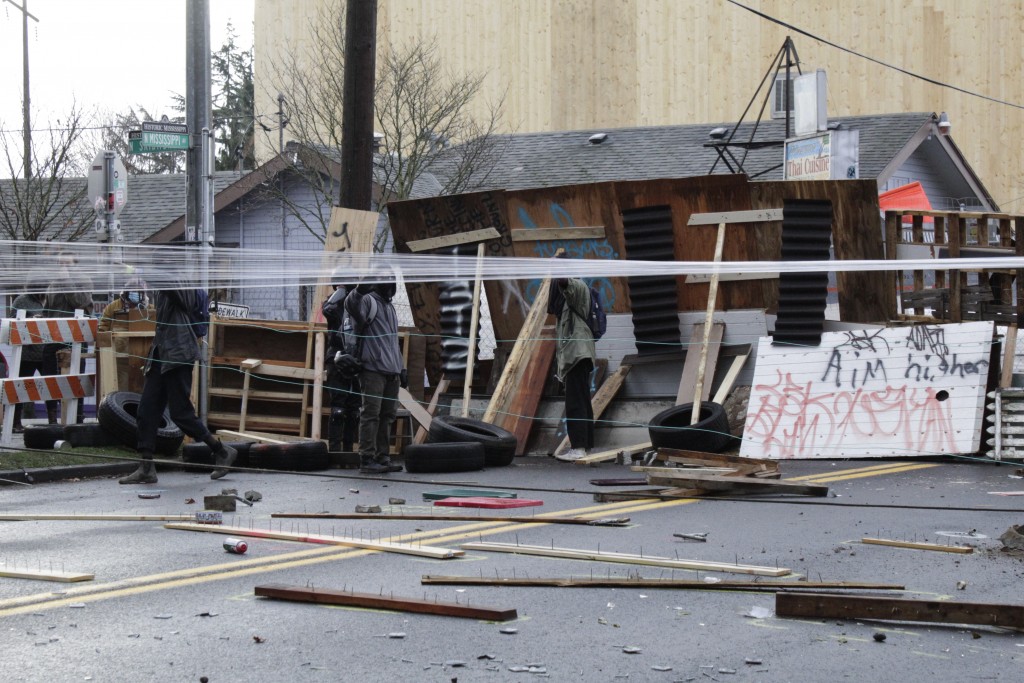 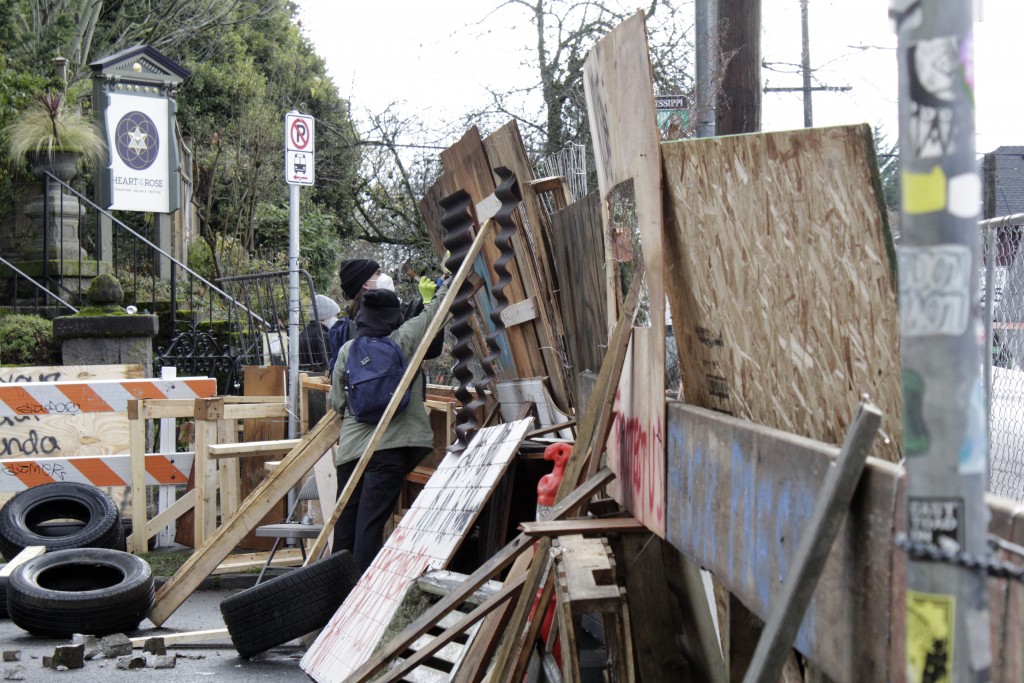 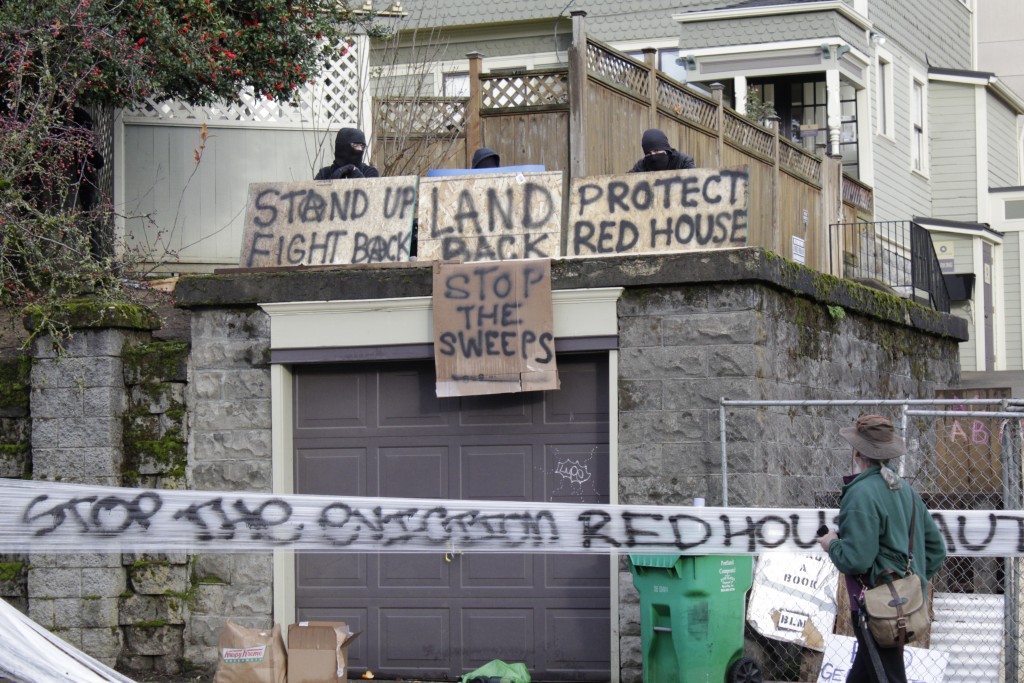 PORTLAND, Ore. (AP) — A gentrification protest in Oregon's largest city that has blockaded several city blocks in Portland entered its third day Thursday as demonstrators dressed in black and wearing ski masks shored up their makeshift barriers aimed at keeping police out.

The fencing, lumber and other roadblocking material first went up on Tuesday after officers arrested about a dozen people in a clash over the eviction of a Black and Indigenous family from a house.

The street behind the blockade in the neighborhood of homes, coffee shops and restaurants was laced with booby traps aimed at keeping officers out — including homemade spike strips, piles of rocks and thick bands of plastic wrap stretched at neck-height across the roadway.

It recalled more than four months of confrontations between police and protesters decrying racial injustice and police brutality that only abated weeks ago.

Mayor Ted Wheeler said the city would not tolerate an “autonomous zone,” a reference to a weeks-long protest in Seattle where protesters essentially took over a several-block area near downtown during racial injustice protests.

Supporters of the Kinney family, the Black and Indigenous family that faced foreclosure, have said the home was unjustly taken through predatory lending practices that target people of color.

On Thursday, the family's supporters said in a statement that Wheeler's office had reached out to the Kinney family late Wednesday and promised to “keep it Kinney" in an initial conversation.

The statement implored the mayor to ”call off" the police and sheriff's deputies who secured the home and made arrests on Tuesday.

“We look forward to continuing that conversation as we move more towards our goal of securing the Red House for the Kinney family and their generations to come,” the family's statement said.

Wheeler's office said in a statement that the city was “actively working across bureaus and with partners” to resolve the standoff, but did not confirm having had contact with the family.

The house that the family was evicted from lies in a historically Black part of Portland that for decades was one of the few areas Black residents could own homes because of racist real estate and zoning laws.

And the 124-year-old home was one of the few remaining Black-owned residences in an area that has rapidly gentrified in the past 20 years.

A bank foreclosed on the property in 2018, but the Kinneys refused to leave. The developer who bought the house at auction filed a lawsuit and the Kinneys counter-sued, alleging they had been the victims of predatory loan practices.

They most recently requested an emergency court order to allow them to stay in the home, citing an eviction moratorium put in place in Oregon during the pandemic.

But the moratorium only applies to homeowners suffering pandemic-related financial woes and a judge rejected the request in September.

Protesters then started camping out on the property, but the occupation gained steam and national attention this week when officers responding to the new owner’s complaints conducted their dawn sweep and made about a dozen arrests, mostly on trespassing charges.

Between Sept. 1 and Nov. 30, there have been 81 calls to the property for fights, gunshots, burglary, vandalism and noise complaints, among other things, police have said.

Neighbors have complained that the sidewalks were blocked and they could not get to their homes, police said.