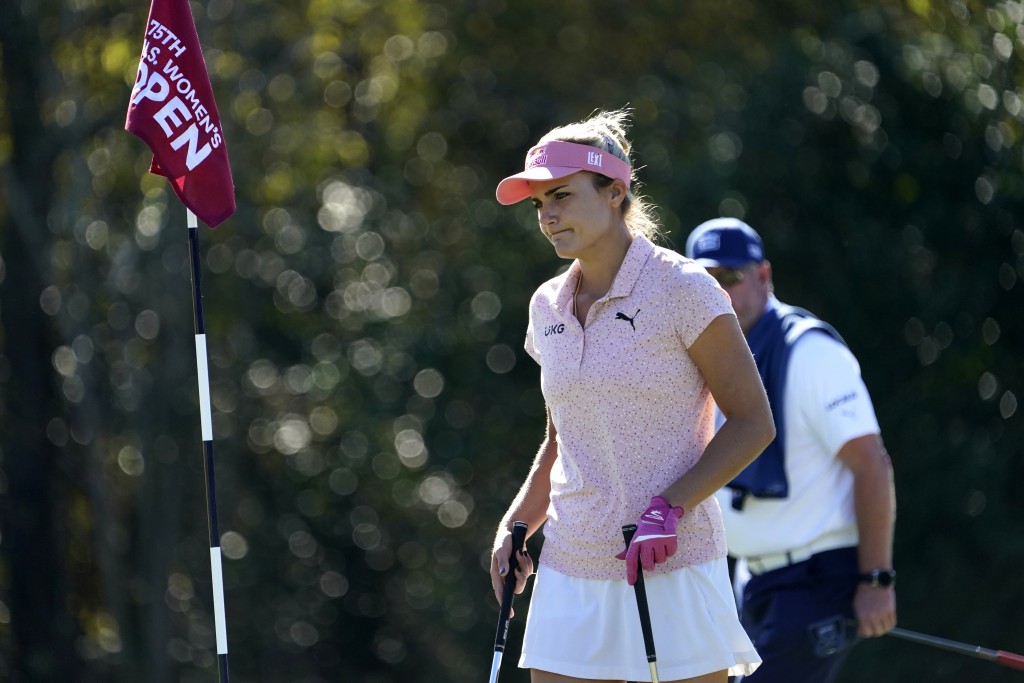 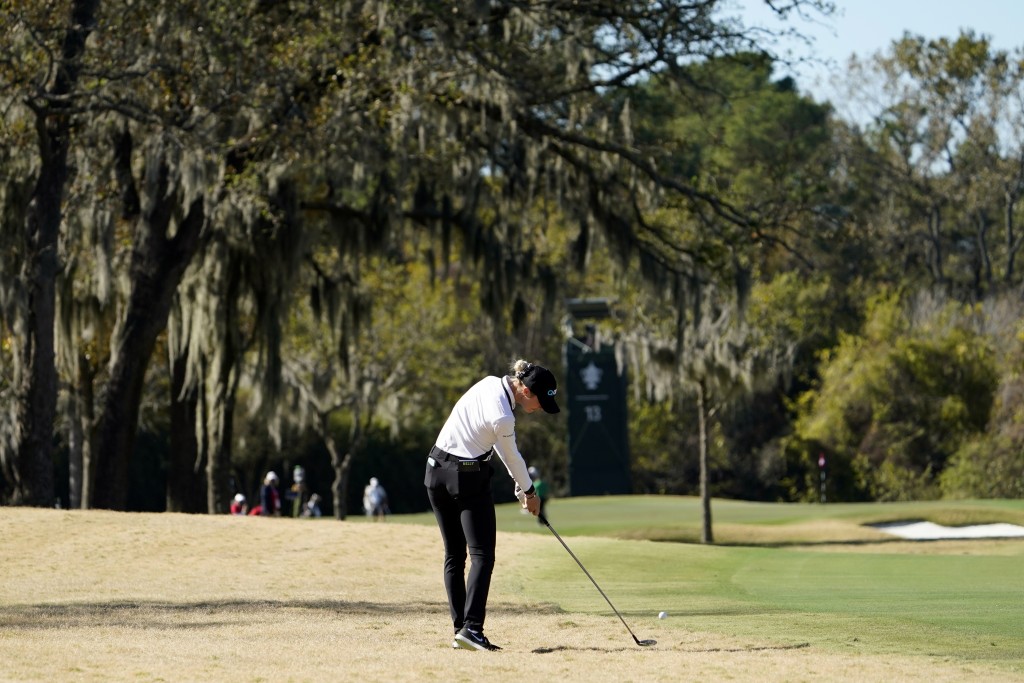 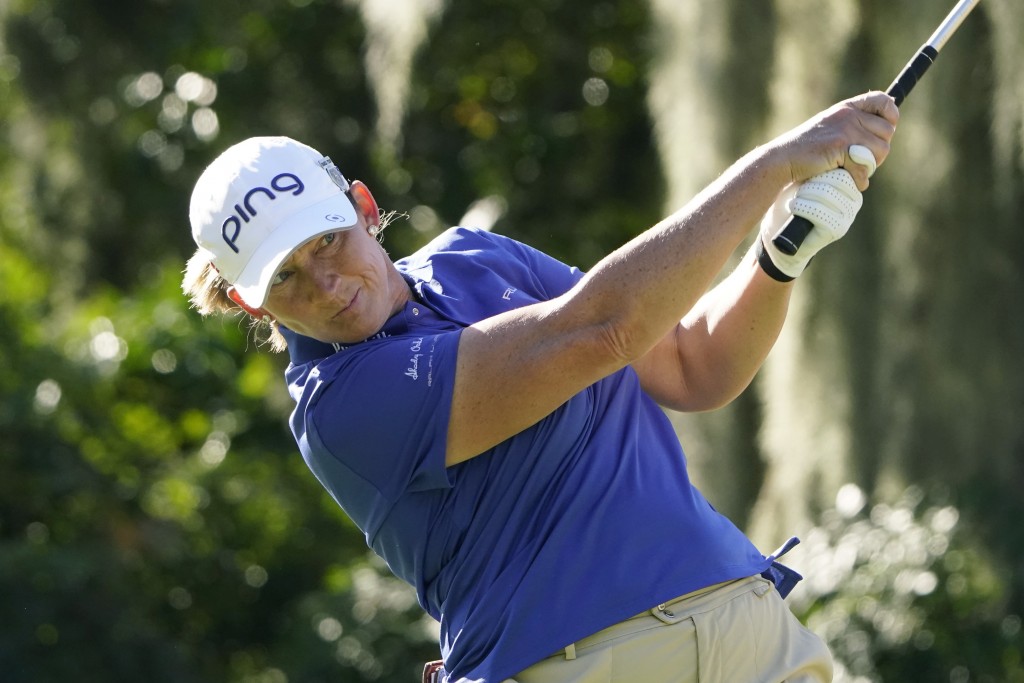 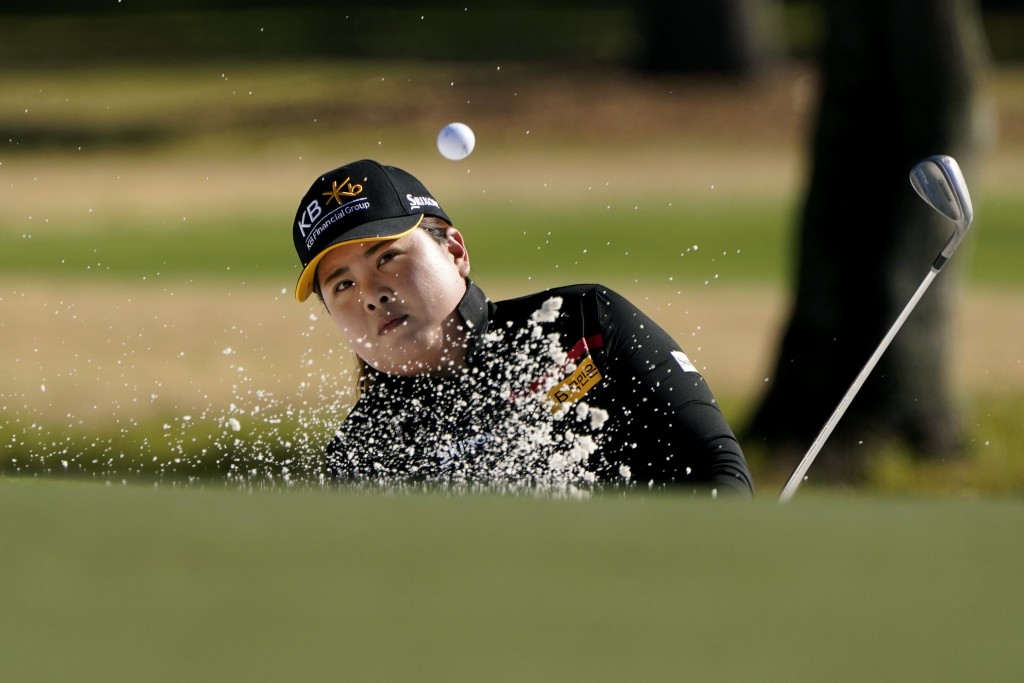 HOUSTON (AP) — Lexi Thompson has some U.S. Open experience on her bag this week at Champions Golf Club, along with an entirely new set of metrics and vocabulary.

That comes from Tim Tucker, the caddie for U.S. Open champion Bryson DeChambeau.

Thompson is between caddies at the moment. Her brother, Curtis, worked her last event and will work next week at the LPGA Tour's season finale. She and DeChambeau have the same manager, and it worked out for Tucker to join her at the U.S. Women's Open.

DeChambeau brings a scientific approach to the game, and Tucker's job is to help calculate wind vector, air density and dew point, to name a few. Thompson doesn't carry a yardage book. She just wants the number.

“It's unbelievable what he calculates,” Thompson said. “I’m like truly amazed. I’m like, ‘Just keep it to yourself; just tell me what you think the shot will play.’ But like I said, very talented and just happy to have him out there helping me.”

Key to any new caddie is the relationship, and Thompson said they have hit it off. She says Tucker keeps a positive attitude and makes her laugh and provides the yardages. Still, nothing made her laugh — at least to herself — like that first day.

“The first day that we went out, he has all the green density, the air density, and has that all factored in,” she said. “The first two holes, he said, ‘It’s going to play this number.' And I trusted it and I hit it close, so it was a perfect number. But I'm like, ‘Maybe I should just have the actual pin number in my head just for my sanity.’ I'm truly amazed."

And no, she doesn't plan on drinking protein shakes that helped DeChambeau add so much mass to his muscle.

Nelly Korda was four shots out of the lead after the opening round of the Women's PGA Championship when she withdrew with back pain. That was two months ago. She hasn't played since.

“I just did something stupid,” Korda said at the U.S. Women's Open. “I tried cracking my back and my back went into spasm. I wanted to take it slow until I was 100%. It's a funky year, so I didn't want to come back too early and aggravate it again.”

She only missed three tournaments on the schedule, though the No. 3 player in women's golf might have to contend with some competitive rust. She said she started practicing just under two weeks ago.

“It's a lot better than it was,” she said. “I’m just really grateful to be out here, and I’m just going to take it step by step. I'm just happy that I'm pain-free.”

Angela Stanford is coming off a victory last week at Old American outside Dallas, the first win in her home state. Next up is the U.S. Women's Open, the first in Texas since it was at Colonial in 1991, when Stanford was only 13.

Stanford was selected to hit first at Cypress Creek when the 75th Women's Open starts Thursday.

Robin Burke, the wife of Champions Golf Club co-founder Jack Burke Jr., was out following Stanford during a practice round when she mentioned the USGA had just released the tee times.

Stanford asked for her time and was told 9:20 a.m. Her first thought was that she could sleep in a little, forgetting that with two courses over the opening two rounds, starting times would be a little later than a typical Women's Open.

“She's like, ‘No, you’re first,'” Stanford said. “Then it kind of really set it because this is a really big deal. And it's really cool. The whole week has been cake, and that's the icing.”

Inbee Park already has established her Hall of Fame credentials on the LPGA Tour with seven majors and the career Grand Slam. Her fame is significant at home, not so much in her American home of Las Vegas.

She said only people who follow women's golf recognize her in America. Women's golf is big in South Korea, and Park said she has even been recognized going through a toll booth.

“It's just a little bit more tiring, but at the same time it’s a little bit more fun,” Park said. ."I really appreciate how much attention we get back home. Hopefully it gets to the same level here. That’s what we are driving for."

On the other hand, she doesn't mind going to the grocery story in America without being recognized.

“I have two lives,” she said with a laugh.