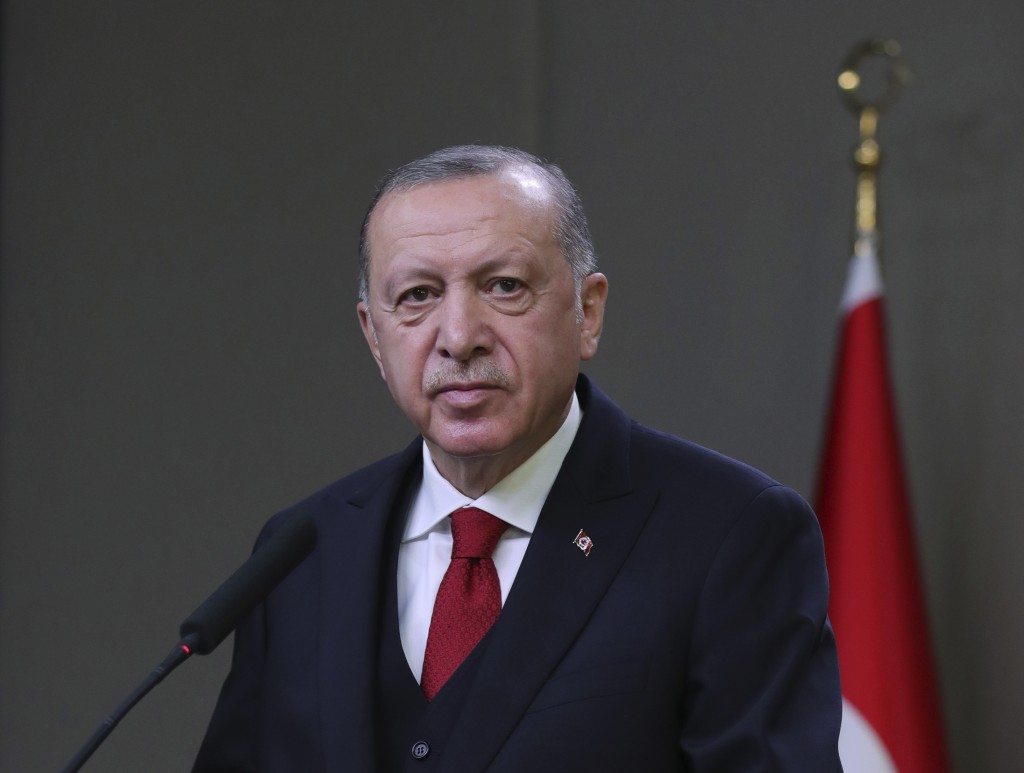 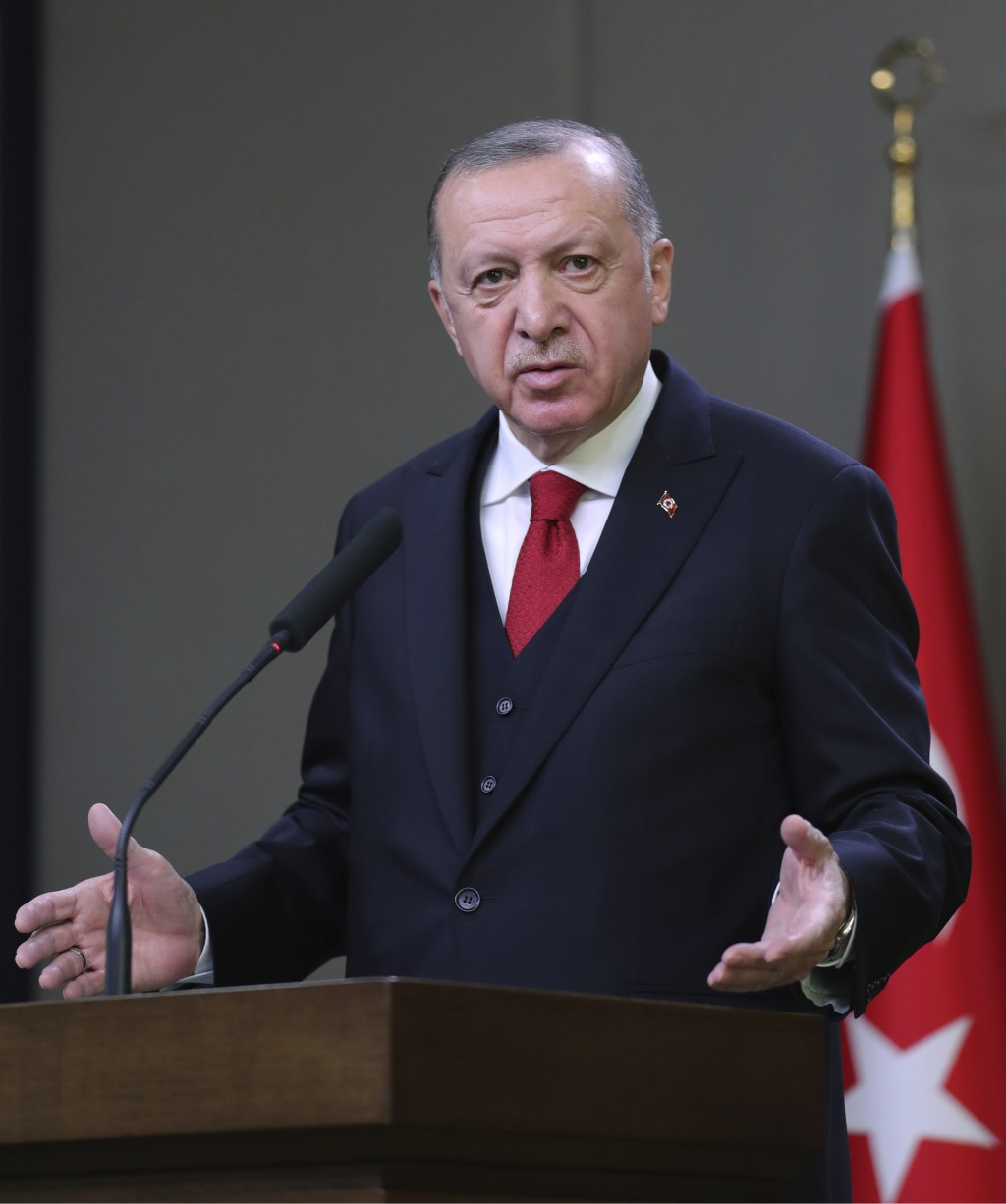 Speaking to reporters before departing for a visit to Azerbaijan, Erdogan also accused the EU of acting “dishonestly” toward Turkey and of failing to keep its promises.

Erdogan’s comments came ahead of a meeting in Brussels where EU leaders are scheduled to address Turkey’s missions to explore gas reserves in waters claimed by EU members Greece and Cyprus, and could decide to impose sanctions on Turkey.

“Any decision to impose sanctions against Turkey won’t be of great concern to Turkey,” Erdogan told reporters.

At a summit in October, European leaders warned Turkey to withdraw its energy research ships or face punitive measures.

Erdogan vowed to continue to defend the rights of Turkey and those of Turkish Cypriots on the divided Mediterranean island of Cyprus and said there were a number of “honest” EU leaders who oppose sanctioning Turkey. He did not name the countries.

Tensions between NATO allies Turkey and Greece escalated over the summer with a military build-up after Turkey sent Oruc Reis, escorted by navy frigates, into disputed waters. The move prompted Greece to also send its warships, and both countries conducted military exercises to assert their claims.

Turkey says it is standing up for its energy rights, as well as those of breakaway Turkish Cypriots, while Athens and Nicosia call Turkey’s actions a breach of their territorial waters.

Meanwhile, Erdogan described U.S. threats of sanctions toward Turkey over its decision to purchase a Russian-made air defense system as “unbefitting” and said he hoped to discuss the issue with U.S. President-elect Joe Biden.

“I know Biden very well. ... In fact, he is someone who has visited me at my home,” Erdogan said. “We find the steps that they have taken or the statements made concerning our weapons purchases to be unbefitting. We will sit and talk with Biden after he takes up his duties.”

The purchase of the Russian S-400 system has already seen NATO-member Turkey kicked out of the U.S. F-35 stealth fighter program.

NATO has said that the Russian system poses a threat to the military alliance and particularly endangers the technical secrets of the F-35.