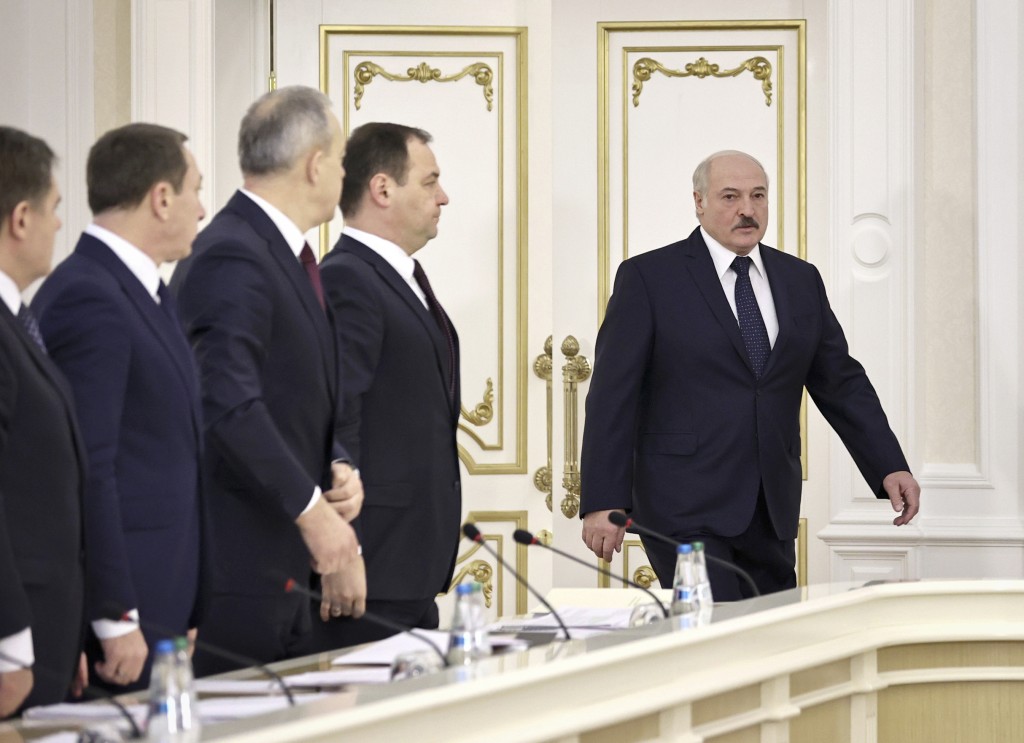 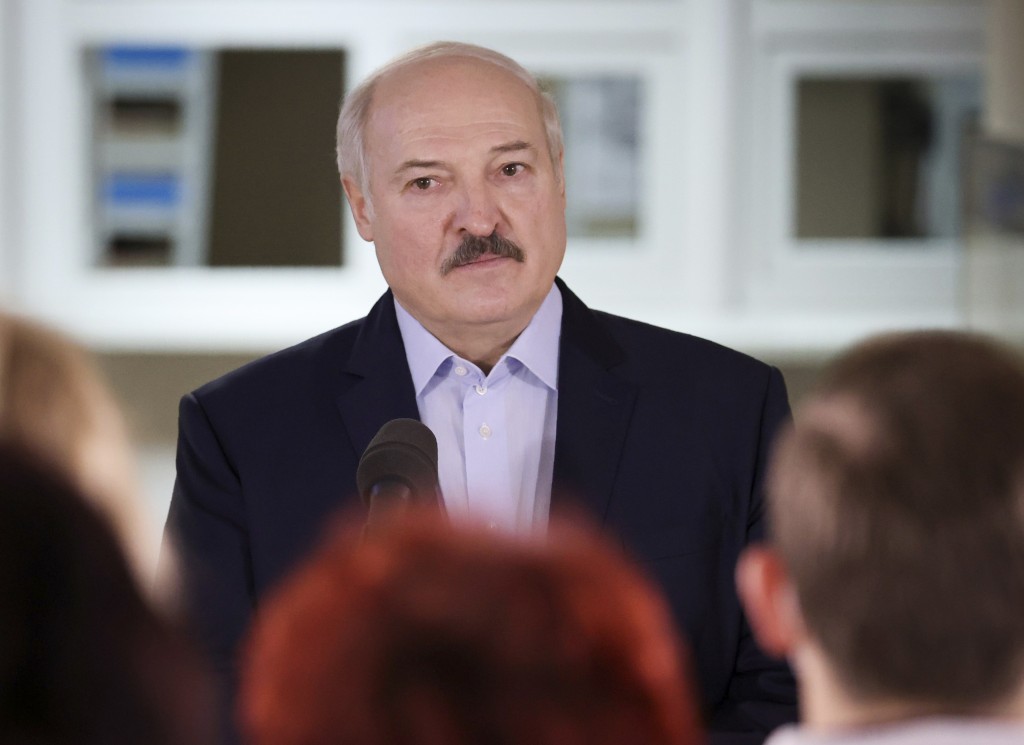 GENEVA (AP) — Under pressure to remove Belarus as co-host of next year's men’s world championship, the International Ice Hockey Federation said Tuesday a working trip to Minsk was canceled because its top two officials have become infected with COVID-19.

Lukashenko has described hockey as “an ideology” in Belarus, and has played the sport with Russian President Vladimir Putin.

The authoritarian leader of Belarus was suspended by the IOC on Monday from Olympic activities, including the Tokyo Games, during an investigation into athletes’ claims they have faced discrimination for protesting against his re-election.

The Belarus Olympic Committee, led by Lukashenko since the 1990s, seemed to have violated the Olympic Charter, the IOC said.

The IOC urged stakeholders to follow its decision to break off talks with Belarus about hosting sports events and meetings.

In a statement Tuesday, Fasel referred to “safety issues that are affecting preparations” for the 2021 hockey worlds, which are set to open in May in Belarus and Latvia.

The Latvian government called on the Zurich-based IIHF to move games from Minsk after Lukashenko’s disputed election win in August. However, Fasel said the planned meeting with Lukashenko was to explore “what steps are being taken to ensure that the tournament can be held safely and in cooperation with co-hosts Latvia.”

The 70-year-old Fasel, a long-time IOC member, said he and Lichtner “are both in isolation at home for the next 10 days” and no rescheduled date to travel to Belarus was given.

An online meeting of IIHF national members on Friday was postponed.

The head of the Belarusian hockey federation, Dmitry Baskov, was also suspended by the IOC executive board.