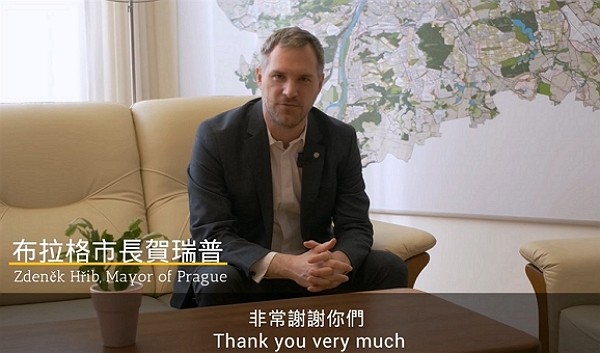 TAIPEI (Taiwan News) — Taiwan-friendly Prague Mayor Zdenek Hrib was listed on Monday (Dec. 7) as one of the most powerful people in Europe in 2021 by Politico Europe, the European branch of the U.S.-based newspaper, for his bravery in challenging the authoritarian Chinese and Russian governments.

Politico's 2021 list of the 28 most powerful people in Europe is divided into three categories — "doers," "disrupters," and "dreamers" — each representing a different type of power. Hrib is mentioned in the category of "dreamers" who have propelled Europe forward.

Politico said that Hrib was motivated by former President of Czechoslovakia Vaclav Havel's opposition of domestic populists like Prime Minister Andrej Babis. The mayor was also described as a fighter against autocrats in Beijing and Moscow and praised for transforming the Czech capital into “a beacon of hope for liberals in a region sliding toward right-wing authoritarianism.”

The news outlet also pointed out that Hrib even put Prague's economy on the line in order to fight Beijing’s “One China” policy. After voicing his support for Tibetan Government-in-Exile, he chose Taipei over Beijing as the capital’s sister city.

Hrib has become a staunch supporter of Taiwan in Europe, as demonstrated by his trip to Taiwan at the end of August. As they prepared to depart, Chinese Foreign Minister Wang Yi warned Prague would pay a “heavy price” if they went ahead with the visit. Prague's interaction with Beijing has become a litmus test for other European countries as to whether they should follow suit in publicly siding with Taiwan.

Politico publishes its annual ranking of the most powerful Europeans at the end of the year. This was Hrib's first time making it on the list, while German Premier Angela Merkel was selected as the overall most powerful person in Europe. 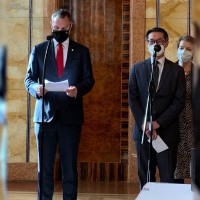 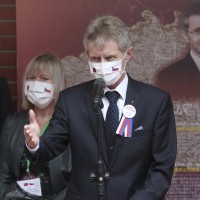 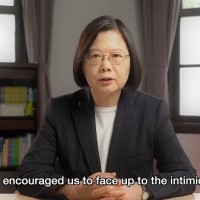