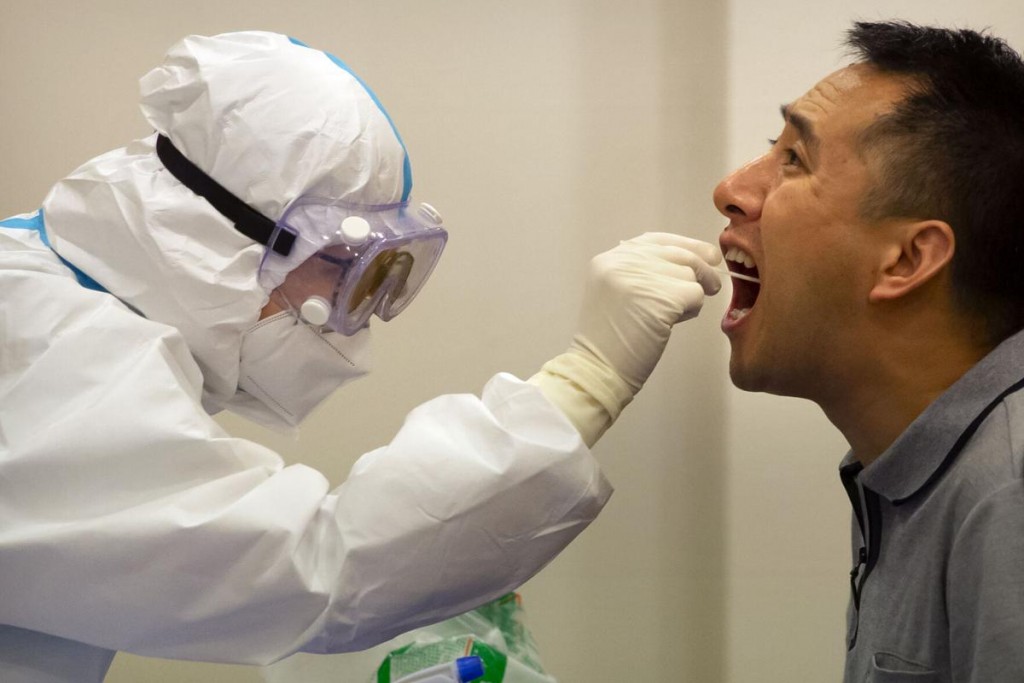 During a press conference on Tuesday, CECC Spokesman Chuang Jen-hsiang (莊人祥) announced two imported coronavirus infections, raising the total number of cases in Taiwan to 718. The latest cases include an Indonesian woman and a Taiwanese man who had recently spent three months in China.

Chuang said that Case No. 718 is an Indonesian female migrant worker in her 20s who came to Taiwan for work on Nov. 23. On the day of departure, she presented the negative results of a coronavirus nucleic acid test, which had been taken within three days prior to boarding her flight to Taiwan.

Since entering the country and throughout her quarantine, she has not reported experiencing any symptoms of the virus. As her quarantine was set to end, she was tested for the disease on Dec. 7.

On Dec. 8, she was diagnosed with COVID-19 with a Ct value of 35. As she has been asymptomatic since arriving in Taiwan and did not come in contact with any other persons, the health department has not listed any contacts for her case.

Chuang stated that Case No. 719 is a Taiwanese man in his 50s. In mid-September of this year, he went to China's Zhejiang Province to handle official affairs. On the day of departure, he submitted the negative results of a nucleic acid test for the coronavirus, which had been taken within three days before his flight.

When he arrived in Taiwan on Nov. 22, he did not report experiencing any symptoms of the virus to quarantine officers. However, while undergoing home quarantine on Dec. 4, he began to experience chills and fever.

On Dec. 5, the health department arranged for him to undergo a coronavirus test, which came back positive on Dec. 8, with a Ct value of 15. As he had been in quarantine for more than two days before the onset of symptoms and because he had not come in contact with any other persons, the health department has not listed any contacts in his case.

Chuang said that prior to arrival in Taiwan, the case had traveled through Zhejiang and the Shanghai Pudong Airport. As he became ill 12 days after entering Taiwan, it is still within the standard incubation period of an infection that would have occurred overseas. In addition, because he spent his quarantine entirely alone, the odds he contracted the disease in Taiwan are extremely low, said Chuang.

China's statistics on its confirmed coronavirus cases and deaths have been placed under much doubt, as they have been suspiciously low for such a populous country; currently, China is in 77th place behind Libya and ahead of Slovenia. The speed with which China went from initially announcing human-to-human transmissions on Jan. 20 to declaring "zero" local infections on March 19 also raises many questions about the authenticity of China's reporting.

Despite the fact that the coronavirus pandemic originated in China as well as its vast size and huge population, the communist regime blames most local outbreaks on imported frozen food and has started to peddle misinformation that the virus came from another country.

Since the country declared itself free of local infections in March, smaller outbreaks usually only numbering in single digits in Xingjiang, Beijing, Yunnan, Wuhan, Jilin, Qingdao, Tianjin, Inner Mongolia, Shanghai, and Guangzhou have been announced. These have been followed by mass testing campaigns that numbered in the millions; however, the results of such tests are never released in detail, and additional positive cases are rarely if ever announced.

On Tuesday (Dec. 8), China's state-run mouthpiece Xinhua announced that an elderly couple and their granddaughter in Chengdu have tested positive for the virus. Although their list of contacts is only 46, a total of 24,598 people in the city have been subjected to mass nucleic acid testing as of Tuesday.

As for Zhejiang, the province where the Taiwanese man had been staying, there have been no widely reported clusters reported since March. Instead, recent state-run media reports on the province have focused on traces of the virus found in imported pork.

Taiwan's CECC on Tuesday did not announce any new reports of people with suspected symptoms. Since the outbreak began, Taiwan has carried out 112,939 COVID-19 tests, with 111,080 coming back negative.

Out of the 718 confirmed cases, 626 were imported, 55 were local, 36 came from the Navy's "Goodwill Fleet," and one was the unresolved case of a Belgian engineer who arrived in early May to work on a wind farm project in Changhua County. Up until now, seven individuals have succumbed to the disease, while 582 have been released from hospital isolation, leaving 129 patients still undergoing treatment in Taiwan.