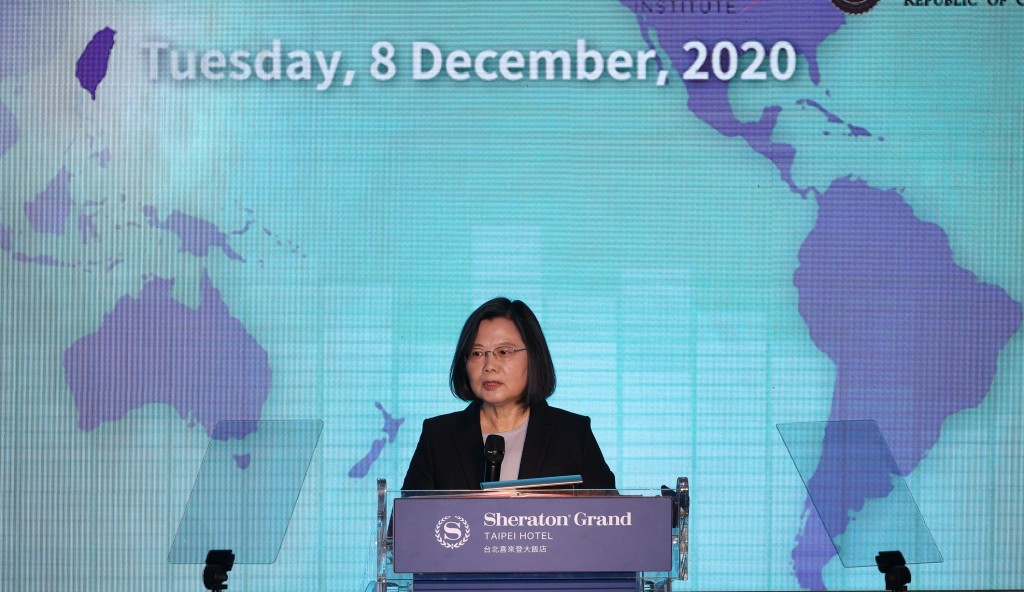 Speaking on China’s military posturing toward Taiwan and the further erosion of Hong Kong’s autonomy and civil liberties in recent months, Tsai underscored the urgency of dealing with Beijing's threats to the region's stability and Taiwan’s security. “The recent imprisonment of the three young Hong Kong pro-democracy activists serves as a stern reminder that we are once again presented with the fundamental decision to make; that is, we either defend democracy, or we surrender to the threat of authoritarianism.”

The president was referring to the sentencing of Joshua Wong (黃之鋒), Agnes Chow (周庭), and Ivan Lam (林朗彥) last week over their involvement in the pro-democracy protest movement that roiled the city for much of 2019. Even as Tsai spoke, more pro-democracy activists were being detained in Hong Kong, including former lawmakers Eddie Chu (朱凱廸), Leung Kwok-hung (梁國雄), and Wu Chi-wai (胡志偉).

Tsai went on to say that Taiwan will continue to strengthen its partnership with the U.S. through existing bilateral programs: “Only through engagement and by working together can we tackle the threats and challenges that beset our region and the world.”

Tsai also expressed high expectations for advancing ties with Japan, noting that the Japanese Representative Office has declared 2021 the year of “Japan-Taiwan Friendship.” “I look forward to an even closer partnership with Japan and our efforts to address traditional and non-traditional threats,” she added.