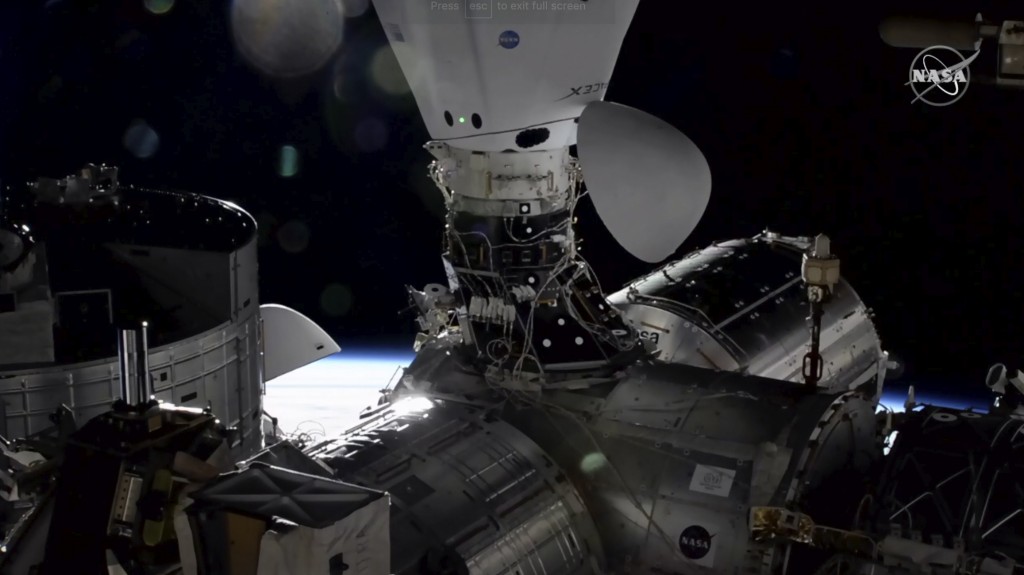 Unlike SpaceX’s previous cargo carriers, which had to be plucked from orbit by the space station’s robot arm, this larger and updated model docked all by itself a day after rocketing into orbit from NASA’s Kennedy Space Center. This unusually large shipment — exceeding 6,400 pounds (2,900 kilograms) — includes experiments, equipment, Christmas presents and the makings for a holiday feast for the seven station astronauts.

The crew monitored all the action as the capsule pulled up and docked at the station more than 260 miles (420 kilometers) above the Indian Ocean. The two Dragon parking spots are just 15 feet (4.5 meters) or so apart.

NASA astronaut Kate Rubins offered “a huge congratulations” to SpaceX and everyone else involved.

“It’s pretty amazing to think that less than a month ago you docked four crew members," radioed Rubins, a microbiologist and one of four Americans on board. "And now you're bringing a vehicle full of world class science for us to execute.”

The crew also includes two Russians and one Japanese.

SpaceX redesigned its cargo ships to be as big as its spacious crew capsules in order to pack more in.

The cargo Dragon will remain at the space station for a month, before parachuting into the Atlantic with science samples and discarded gear. The crew Dragon will stay up until spring.