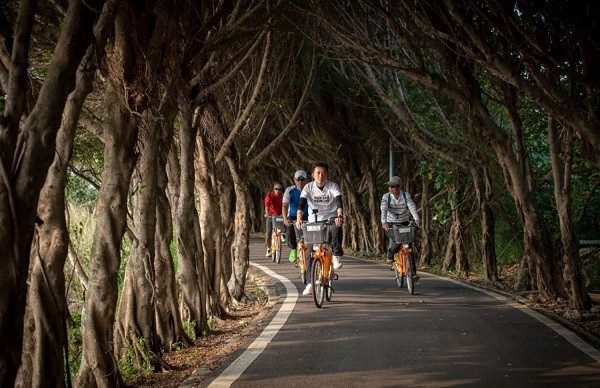 According to a Hsinchu City Government press release, if cyclists would like to bike from the city to Maioli County, they have to ride on the West Coast Expressway, which is dangerous. After the completion of the connecting bikeway, cyclists in Hsinchu County, Hsinchu City, and Miaoli County will be able to ride safely and visit each municipality’s coastal attractions.

The complete bikeway stretching from the southern bank of the Toucian River in Hsinchu County to the city's 17-kilometer coastline and then to Miaoli County is 68.5 kilometers in length.

Construction of the 1.2-kilometer connecting bikeway is scheduled to begin in January of next year, according to the mayor.

The Hsinchu City Marketing Department said that the connecting bikeway will offer paddy field landscapes and lots of shade, which will provide a change in scenery from the 17-kilometer coastline.