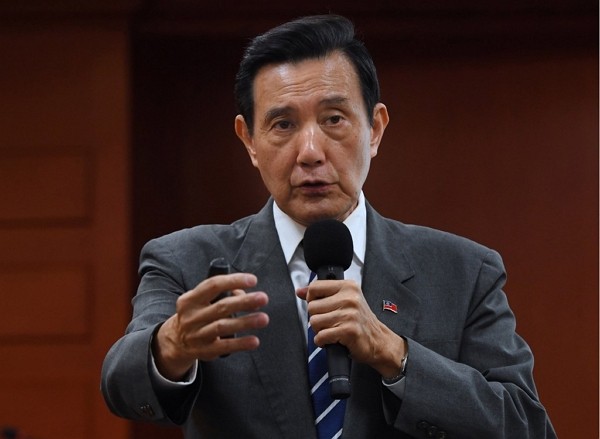 In a Facebook post, Ma said he had spoken with former U.S. diplomat Susan Thornton, former U.S. State Department official Robert Wang, and former American Institute in Taiwan (AIT) Directors Richard Bush and Raymond Burghardt in a virtual conference recently. He said they covered topics ranging from the deterioration of cross-strait relations to the future U.S. foreign policy towards Taiwan.

Ma claimed that trust between Taiwan and Beijing has been severely damaged by the ruling Democratic Progressive Party (DPP) over the last four years and that democracy in the country has also faced a decline. He said it is important for the DPP and the Kuomintang (KMT) to cooperate and re-engage with Chinese authorities to ease bilateral tensions.

Ma claimed "the best relationship between Taiwan, China, and the U.S. in the last three decades" was observed during his tenure and that he believes peace and stability in the region cannot be achieved through conflict. He also mentioned that the former American officials had warned about the Trump administration treating Taiwan as a bargaining chip.

According to Ma, the former officials believe that the Biden administration will reiterate its support of Taiwan after he takes office. They also highlighted the Obama administration's approach to cross-strait issues and said the new government will likely return to encouraging interactions between Taiwan and China.

Ma stressed that a worsened relationship with Beijing will only negatively impact the Taiwanese and that easing bilateral tensions should be a priority for political parties in the country. He also urged the U.S. to exert its influence and help restore cross-strait dialogue, reported Liberty Times.

The former president has been known for his active push for closer cross-strait ties and Taiwan's unification with China. During a speech at Oxford University last year, he made controversial statements that the Taiwanese people should view cross-strait unification as an option and that the Taiwan-U.S. relationship is "friendly but inconsequential."