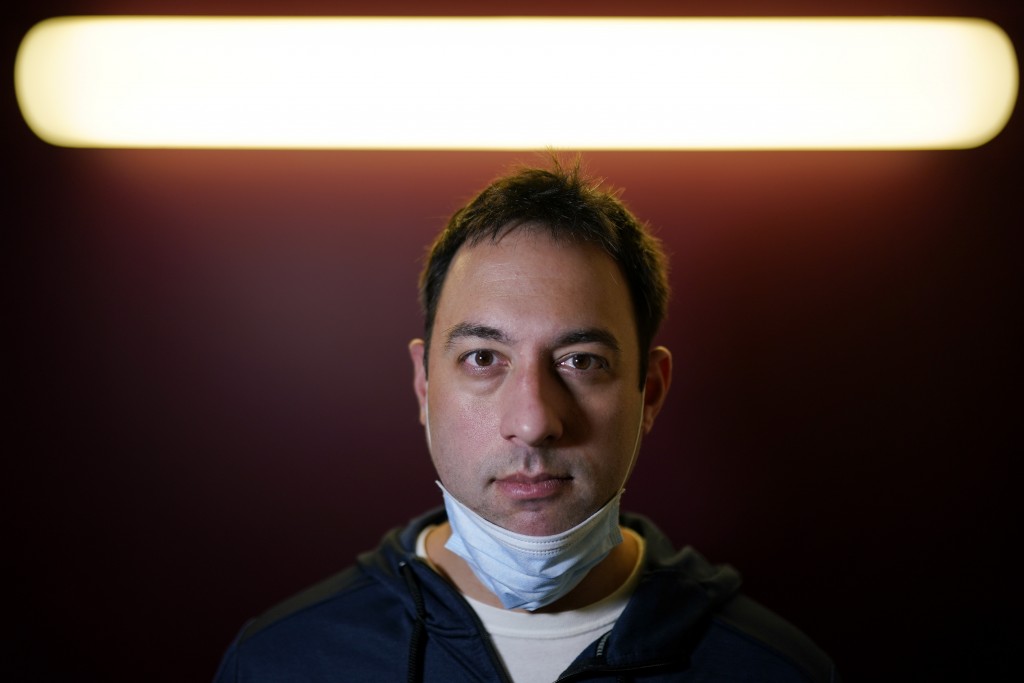 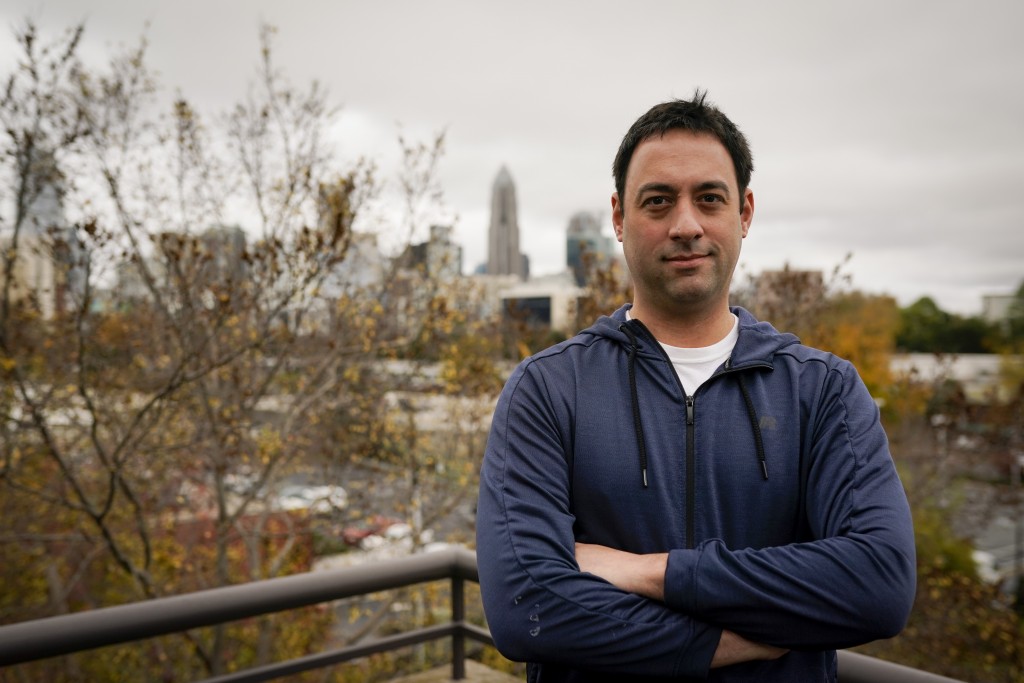 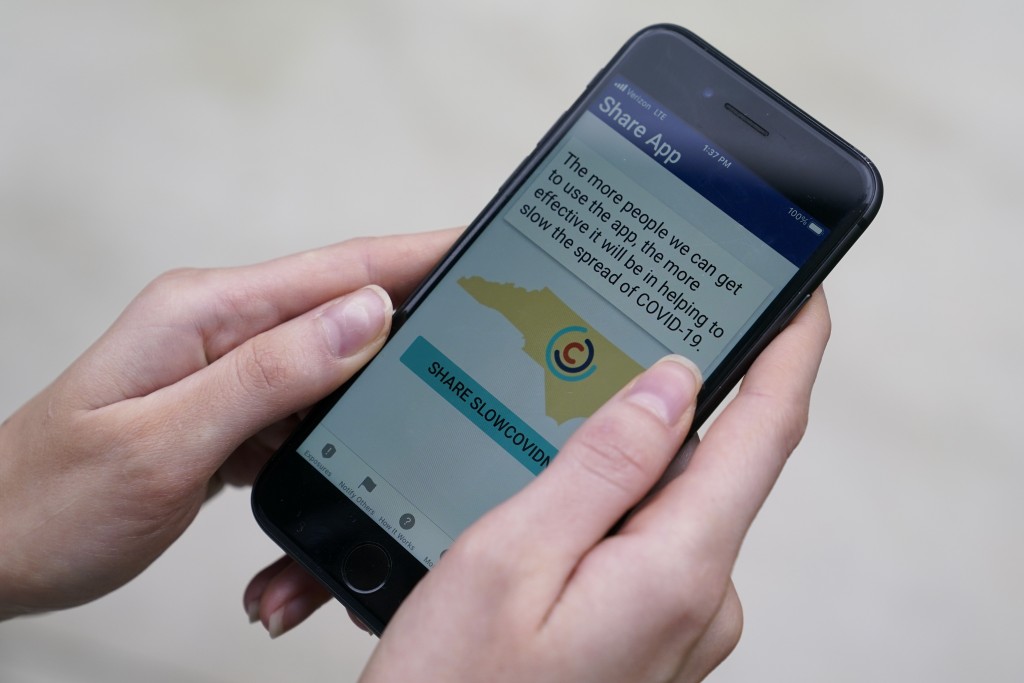 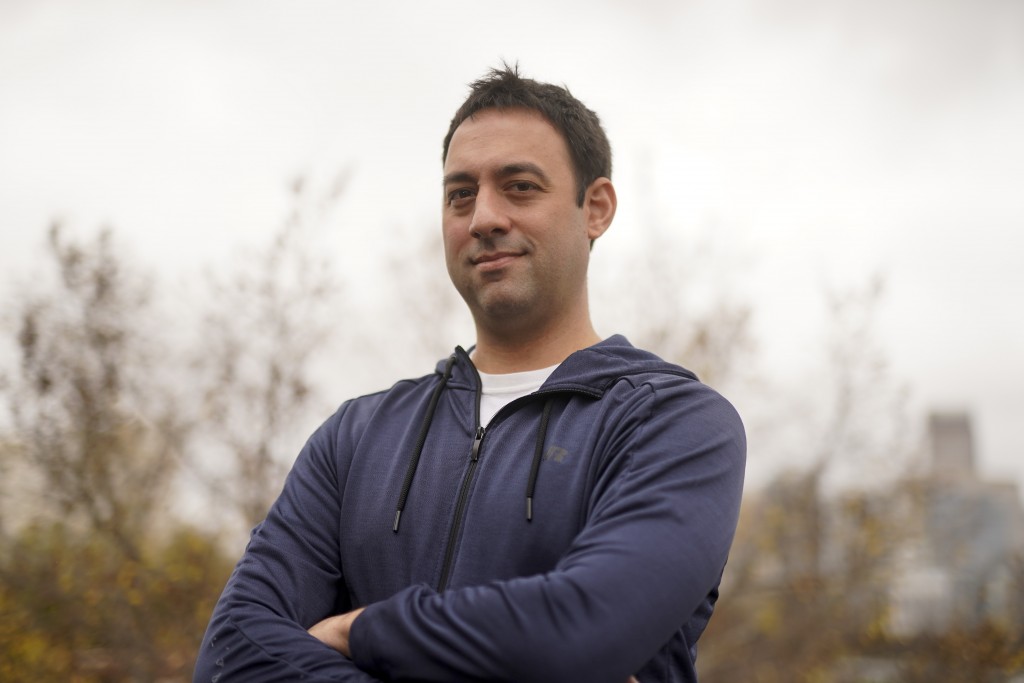 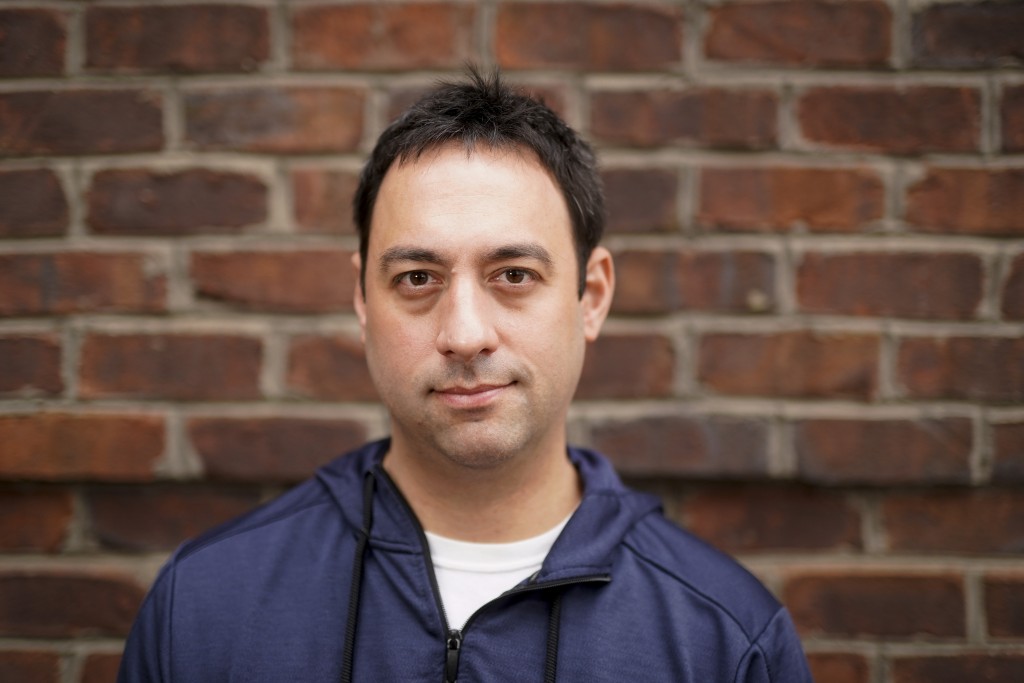 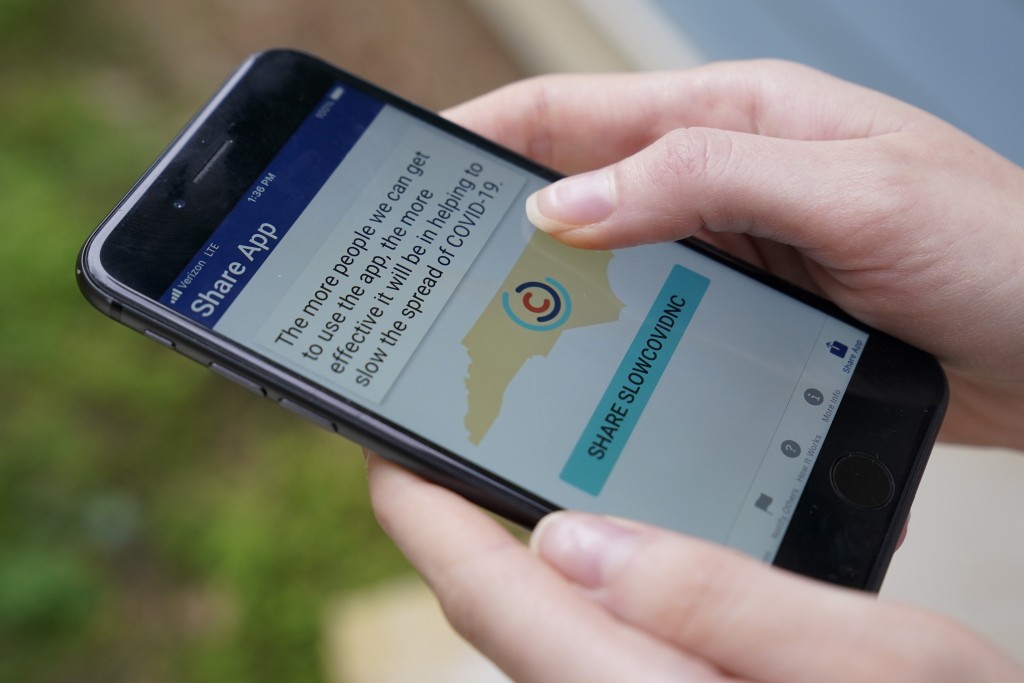 RALEIGH, N.C. (AP) — Six months ago, Apple and Google introduced a new smartphone tool designed to notify people who might have been exposed to the coronavirus, without disclosing any personal information. But for the most part, Americans haven't been all that interested.

Fewer than half of U.S. states and territories — 19 in total — have made such technology widely available. And according to a data analysis by The Associated Press, the vast majority of Americans in such locations haven't activated the tool.

Data from 16 states, Guam and the District of Columbia shows that 8.1 million people had utilized the technology as of late November. That's about one in 14 of the 110 million residents in those regions.

In theory, such apps could bolster one of the most difficult tasks in pandemic control: Tracing the contacts of people infected with the coronavirus in order to test and isolate them if necessary. In practice, however, widespread COVID-19 misinformation, the complexity of the technology, overwhelmed health workers needed to quickly confirm a diagnosis, and a general lack of awareness have all presented obstacles, experts and users say.

“There’s a lot of things working against it,” said Jessica Vitak, an associate professor at the University of Maryland’s College of Information Studies. “Unfortunately, in the U.S., COVID has been politicized far more than in any other country. I think that’s affecting people’s willingness to use tools to track it.”

On Friday, the state of Washington said that more than 1 million state residents — roughly 13% of the state's population — have activated its new notification technology in its first four days.

Charlotte, North Carolina, lawyer Evan Metaxatos was thrilled to learn in November about his state’s tracking app, called SlowCOVIDNC. He immediately downloaded it and got his parents and pregnant wife to follow suit.

But they're still outliers in the state, which launched the app in September with little fanfare. Of roughly 10.5 million state residents, only 482,003 had installed it through the end of November.

“It won’t work great until everyone’s using it, but it’s better than nothing,” Metaxatos said.

Apple and Google co-created the primary technology behind such apps, which use Bluetooth wireless signals to anonymously detect when two phones have spent time in close proximity. If an app user tests positive for the virus, that person’s phone can trigger a notification to other people they've spent time near — without revealing names, locations, or any other identifying information.

In states such as Colorado, Connecticut, Maryland and Washington, as well as Washington, D.C., iPhone users don't even have to download an app. In fact, Apple prompts users via pop-ups to activate the notification system by adjusting their phone settings.

In these states, adoption rates are notably higher. But even in the most successful state, Connecticut, only about a fifth of all residents have opted into this tracking.

Virginia’s COVIDWISE app launched on Aug. 5 and was the first to go live. Since then, fewer than one in ten residents have downloaded it, though the state estimates almost 20% of Virginians between the ages of 18 and 65 with a smartphone have done so. Delaware’s app downloads account for about 7% of the state’s population.

All other U.S. states analyzed have much lower adoption rates.

New York launched its app on Oct. 1. It recently surpassed 1 million downloads, which amounts to about 5% of the population. New Jersey and Pennsylvania have seen less use, with a 4% download rate.

Adoption is even lower in Wyoming, North Dakota, Michigan, Nevada and Alabama, with users representing only 1% to 3% of their state populations.

Irish app developer NearForm says more than one-quarter of Ireland’s population uses its COVID-19 app. It's been harder to get such traction in the four U.S. states where it's built similar apps: New York, New Jersey, Pennsylvania and Delaware.

In Ireland, “all sides of the political divide came together with a consistent message on this is what we need to do,” said Larry Breen, NearForm’s chief commercial officer. “That debate continues to rage on your side of the pond.”

Elsewhere in Europe, the uptake has been mixed. Germany and Britain have penetration rates similar to Ireland’s; in Finland the figure is 45%, according to data compiled by MIT Technology Review. In France, however, less than 4% of the population is using the official COVID app, which shuns the Apple-Google approach for a more intrusive data collection system that raised privacy concerns and technical issues.

Neither have technological and bureaucratic issues.

Lee McFarland, a loan officer from Grand Forks, North Dakota, was eager to download his state’s Care19 Alert app but said he couldn't push a “Notify Others” button after getting the virus in late October.

“If you test positive, a public health official will call and verify your code,” said a message on McFarland’s app. “This ensures that only verified positive COVID-19 people can send notifications.”

McFarland said he forgot to tell the health worker he had the app installed on his phone. He was unsuccessful in following up with the worker to get the needed code, and has since deleted the app.

Even when that process works, however, many North Dakotans don't actually push the button to notify others.

Tim Brookins, CEO of app developer ProudCrowd, said 91 of North Dakota's 14,000 active users had their “Notify Others” button enabled after the state confirmed them as positive. Of the 91 users, only 29 pushed the button, which prompted 50 notifications.

Still, many users say they’ll keep the app in hopes others will see its potential benefits.

“You can say that about just about anything that not enough people are doing this or that, but everybody that does something is helping,” said David Waechter, a general contractor from Lenoir, North Carolina. “I think that the United States could use a good strong dose of E pluribus unum and stop thinking about self and start thinking about our countrymen.”

Anderson is a corps member for the Associated Press/Report for America Statehouse News Initiative. Report for America is a nonprofit national service program that places journalists in local newsrooms to report on undercovered issues.