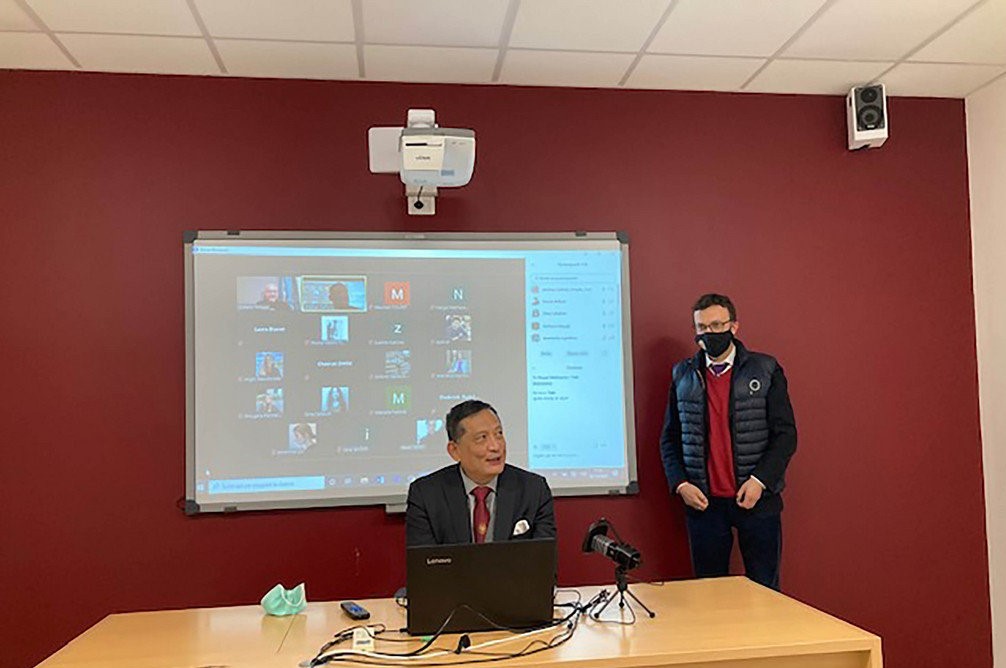 TAIPEI (Taiwan News) — Taiwan’s envoy to Italy, Li Hsin-ying (李新穎), was invited to hold a discussion at the Sapienza University of Rome last Thursday (Dec. 3) to showcase Taiwan’s political and economic achievements and highlight the nation’s success against the pandemic.

Professor Andrea Carteny organized a series of courses on "National History and Identity" during the university’s fall semester, and Taiwan was selected as the topic of the week’s seminar. As one of the keynote speakers, Hsin explained via videoconference how the country's historical development has shaped Taiwanese identity, CNA reported.

He noted that Taiwan was ranked the 33rd most democratic country in the world last year by The Economist Intelligence Unit. In this year’s World Press Freedom Index, Taiwan is 43rd in the world and second in Asia.

Hsin pointed out that Taiwan is also a country with equal rights. In addition to having a female president, the number of women in government is the highest in Asia. Taiwan even set a precedent in Asia last year by becoming the first nation in the region to legalize same-sex marriage, he said.

Hsin emphasized that Taiwan has both excellent economic and technological strengths. It is the world’s second-largest semiconductor producer — second only to the U.S. — and the 2019 Global Competitiveness Report listed Taiwan as the world’s 12th most competitive economy.

Speaking on Taiwan-Italy relations, the representative observed that Taiwan is Italy’s fifth-largest trading partner in Asia. The two nations also cooperate in high-tech fields such as nuclear power, satellite technology, and electrical equipment, he said.

Hsin also promoted Taiwan's successful pandemic prevention measures, noting that Taiwan has not had a confirmed local infection for more than 200 days. There have been fewer than 700 confirmed coronavirus cases and only seven deaths, he added.

The envoy encouraged Italian students to study in Taiwan to better understand the nation. He made known that Taiwan provides scholarships for foreign students wishing to study Chinese for two to 12 months as well as grants for undergraduate, graduate, and doctoral students to conduct in-depth research in the nation for two to four years.