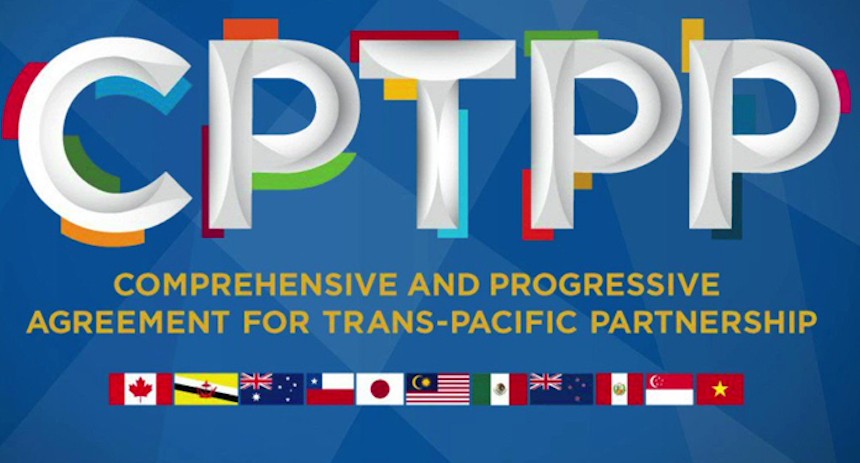 KAOHSIUNG (Taiwan News) — Izumi Hiroyasu (泉裕泰) has been a good friend to Taiwan.

In his time running the Chinese affairs department of Japan's Ministry of Foreign Affairs, he was an influential voice in helping Taiwan secure membership of the World Trade Association (WTO), back in 2002. He also helped ensure that Japan offered visa waivers to Taiwanese passport holders.

He was, in many ways, an obvious pick to become Japan's ambassador to Taiwan. Now that he is a year into the role that he was made for, he has stated his intention to help Taiwan join an important international club, the Comprehensive and Progressive Agreement for Trans-Pacific Partnership (CPTPP).

Not just a tongue-twisting acronym, the CPTPP is a vitally important economic grouping in the region. Crucially for Taiwan, it is one that China is not a part of.

It is Beijing that has prevented Taiwan from joining the ASEAN Regional Comprehensive Economic Partnership (RCEP). However, the Chinese Communist Party (CCP) has no direct influence over the CPTPP.

There is a growing belief in Taiwan the time is now right to join. Tsai Ing-wen (蔡英文) and her administration have repeatedly stressed their interest in joining.

A number of existing member states have indicated there is a willingness to consider Taiwan's application. Former Australian Prime Minister Malcolm Turnbull said as recently as last month that he would support Taiwan.

Japan is thought to be broadly supportive too and according to Izumi Hiroyasu, he has made it his personal mission to help Taiwan join. Given his track record, he is clearly an ally worth having onside.

The CPTPP is a trade agreement between 11 signatory countries (Australia, Brunei, Canada, Chile, Japan, Malaysia, Mexico, New Zealand, Peru, Singapore, and Vietnam) all of whom are nations that are close to the Pacific Ocean.

It is a trading bloc that Taiwan is tailor-made to join. Five of the current members are among Taiwan’s top 15 trading partners. Taiwan would automatically become the fifth largest economy in the group if it joined tomorrow.

Geographically, Taiwan is located in the heart of the CPTPP region. If the trade bloc is willing to consider an application by the United Kingdom, which couldn’t be physically further from the Pacific if it tried, surely Taiwan warrants a place at the table too.

Despite having the word Pacific in the name, the CPTPP is all about trade, not geography. Even so, the benefits of having Taiwan involved are many, it is not just a case of Taiwan wanting a piece of the pie.

It is easy to forget that Taiwan has the world’s 21st largest economy by GDP. Taiwan is a major developed nation with a first-world economy and not only are we deserving of a place in the CPTPP economically, but we are also bringing much more to the table than some existing members.

Taiwan has a multi-dimensional economy with thriving electronic, manufacturing, green energy, and maritime industries. We also offer a large and enticing market for other members to sell their products and services.

There is only one reason why Taiwan is not already a member of the CPTPP and that is the malign influence of the CCP over Taiwan. CPTPP members all trade heavily with China and are wary of angering Beijing.

However, that is starting to change. China’s economic and diplomatic assaults on Australia, the trade war with the U.S., not to mention starting a global pandemic, have resulted in countries reassessing their relationships with the CCP.

Two of China’s most outspoken critics, the U.S. and U.K., have also been touted to join the CPTPP. With them on board, support for allowing Taiwan to join could well drown out any dissent.

Taiwan is tailor-made for the CPTPP, and them for us. It really is just a matter of time before we join.

It is clearly in the interests of all parties for Taiwan to sign up as soon as possible.