Days of heavy rain are believed to have caused the landslide, which came one day after the rubble from a previous one was cleared. The latest rockslide occurred in New Taipei City between Ruifang and Houtong, CNA reported.

The area houses several popular tourist attractions, including a gold mine museum, the cat-friendly village of Houtong, the mountain town of Jiufen, rivers, and hiking trails. The railway line also connects Taipei with the northeastern coastal county of Yilan and the east coast beyond.

Nobody was injured during the landslide, but as damage occurred over an area of 3,800 square meters, it will take three days to remove all the rocks and mud, with one additional day to repair tracks and cables, the minister wrote on Facebook.

The disaster disrupted travel for an estimated 20,000 passengers on Friday alone, CNA reported. Trains heading to the area from Taipei and the west coast had to turn back at Ruifang.

Meanwhile, those coming up the East Coast from Taitung, Hualien, and Yilan did not ride further than Houtong, Lin said. In Hualien, the interruption in services caused long lines of travelers waiting to cancel their train trips and buy bus tickets instead.

With the weekend ahead, the minister added he was asking bus companies to rearrange their routes and schedules to try and make up for the temporary inconvenience. At least one domestic airline said it would increase the frequency of its flights between Taipei and Taitung. 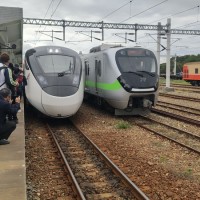 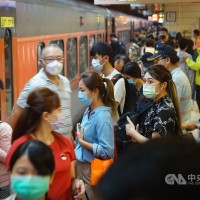 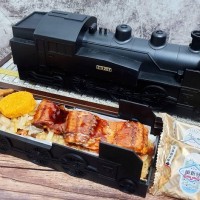 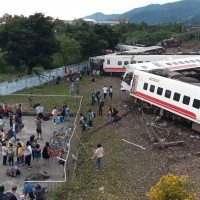